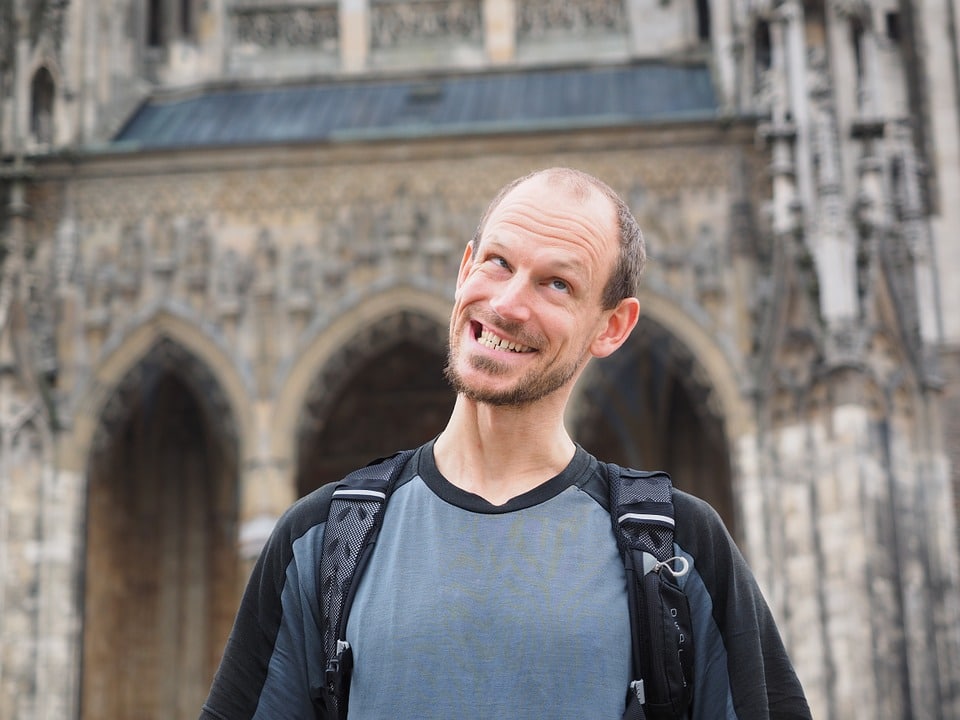 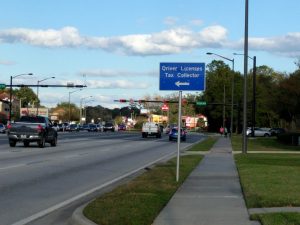 Tax Collector? They opened an office for me when I visited Florida!

Earlier this year Mrs. Accountant and I attended Camp Mustache in Gainesville, Florida. We were offered a ride to the Camp, but we also had several additional days planned around the event. Renting a car in such a situation is expensive since the car would just sit there for days while my wallet was financially abused.

My youngest daughter rolled her eyes when I mentioned I needed the phone number to the Gainesville taxi service. She grabbed my phone and started working on it. This is an unusual event for anyone who knows me. I use my phone as a phone. Period. I don’t care about, nor do I want to know about any of the other things smart phone can do. I make my own breakfast, thank you.

In a few minutes my daughter completed her assault on my virgin phone. She added an app to my phone. (To this day I have no idea what an app is. Whenever the kids talk about apps I joke that we are living on The Planet of the Apps.)

I told her it was nice of her to put an app on my phone, but I’ll never use it. Another eye roll. “Here, dad,” she said pointing to the Uber icon now conveniently located in the middle of my screen. “All you do is touch the icon and tell the phone where you want to go.”

Well, my fingers don’t work well with all the small letters and stuff on a phone so I have made a habit of avoiding the issue. Now I find out I can talk to my phone and it responds. Awesome!

I know, I know. You readers are rolling your eyes like my daughter. This stuff has probably been around for a long time. Somehow I missed it. I refuse to blame my stubbornness on “missing it” even though it is probably the reason why.

The money I saved by using Uber rather than renting a car was significant. Better still, I didn’t waste time figuring out how to get anywhere in town; the Uber driver did that. I discovered they have apps to. (Welcome to The Planet of the Apps. Sorry, couldn’t help myself.) Once I told my phone where I wanted to go the screen showed me where the car was that would take me there. Who thinks of this stuff?

When the Uber driver arrived he knew where we wanted to go and he had neat stuff on his phone telling him the shortest way to get there.

Okay, I still don’t know how to use apps, but I can touch an icon and speak. The best part is I don’t really have to know where I’m going! This is a more common issue than you might imagine. For example, Mrs. Accountant and I wanted to go to the museum by the college. I told my phone just that and lo and behold the Uber guy took us there. It seems technology has advanced to a level where knuckle dragging Neanderthals can use it. And I have calluses on the back side of my fingers to prove it.

Later this year (October) I will be headed to FinCon in Dallas. This time we used Airbnb for the first time. There are no apps I am aware of for this. The same daughter (the older one might be a slacker) helped me sign up for/rent (whatever you call it) an apartment/room for the time we will be in Dallas for the event. Once again there were savings involved.

Before you laugh too hard at my ignorance, I want to share a story that proves I am not alone. A few years ago I was talking to the sole judge in my county. It was election season and I sometimes get involved in the process in unusual ways. As we talked I mentioned how my business has expanded by magnitudes of order and in profitability by using social media. This happened without expanding the size of the building I operate from.

The judge smiled as he told me he has no clue about social media and look how far he rose in life. Without missing a beat I said, “So you want me to take your job because I’m more qualified?”

I got the dumb look.

I am not alone in my ignorance with large portions of modern technology. Truth is I don’t do social media either. As a businessman I am fully aware the old methods of promoting a business don’t work or work poorly today (i.e. newspapers). I am also aware of the power of social media to spread a message. Rather than spend my days horsing around on Facebook or Twitter (you need to be President of the United States to have time for that foolishness) I hire the work done for me.

Employees seem to be happy to keep my public persona on social media alive and well. When it comes to bigger projects my firm hires third parties to manage the process. I know what I want. Then I hire the people to actually do it. I can be blissfully stupid to the issue while abstaining from ignorance. There is a difference.

Sure, you can be successful without using modern technology tools. The judge is still a judge and I still grow my practice without social media. But the judge is on social media; so am I. The county has professionals plastering the judge’s puss all over the internet and the county’s web page just like I have people doing the same for me in a the business setting.

I don’t encourage stupidity. The judge and I are not your go-to guy for high levels of intelligent IT planning. Heck, it was only a few years ago when somebody explained to me why it was called IT (information technology). It seems I was too caught up in being a top-notch tax guy that I forgot about learning things most people consider common knowledge.

You don’t have to understand surgery to know you might need a surgeon. Without ever placing my hand on a hot stove I instinctively know it would hurt like the devil to do it. 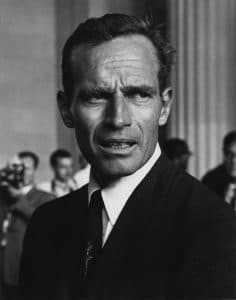 The dumb look. We all have it now and again.

The same applies to many new forms of technology. Ignorance is one thing; stupidity another. Ignorance is refusing to accept the technology as a part of modern life and society. Stupidity is just not understanding how to use it. Time is a factor. So is desire. I don’t want to fondle my phone incessantly as many people do. I have Mrs. Accountant for that. You will never catch me texting and driving because I don’t text. I have kids for that.

Before I come across as a real ignorant fool, understand I use technology more than many people do, including accounting firms. While most people are playing with the latest app, I am hard at work reading about how certain apps and other technology can be used efficiently and productively in a business. It explains why I have one of the highest margins in the industry.

I’m in business to make money. When I am not working the business I want to spend my time with people I care about. Technology is background noise in life when it works and is utilized best. There is no reason to finger your phone so much. Put it down. You will survive. For the first 300,000 years of human existence the species did fine without a smartphone or an app. You can make it fifteen minutes without such a crutch.

This blog is currently under a major redesign. Kevin will bring this blog into the Twenty-First Century. Good thing because I don’t have a clue of how to design and program a web page. I write and hit publish. After that I call in the troops.

Does this mean Kevin will be the only creative design behind the new look out later this summer? In part, yes. But only in part. Kevin and I spent serious time discussing what I wanted. I can see the final product in my mind. The problem is programming it. I have leverage with Kevin. I have the idea, he improves on it, I provide more feedback and then he creates the product. The whole is better/more than the sum of the parts, as it should be.

Not So Dumb After All

The local judge may not understand social media. I hope if he ever presides over a case involving social media he educates himself so he can do his job. It is arrogance to think you understand all the facts when you don’t understand the basics. You can’t trust your own team either. They feed you what they want you to hear and what they think is important. Without knowledge you are at their mercy and less competent.

The same applies to me and my business. I extend outside my sphere of influence when making decisions. Kevin and his awesome talent are the result of my stretching beyond my normal circle. Knowing everything is not the goal! You can’t—and don’t want to—know everything. The greatest skill is learning to use the talents and knowledge of people around you for the greater good. It takes time to hone this ability. Knowing when you need additional input from a qualified expert is more art than science.

If you don’t master this skill you will have the same dumb look the judge had when I asked if he was proposing I take his job.