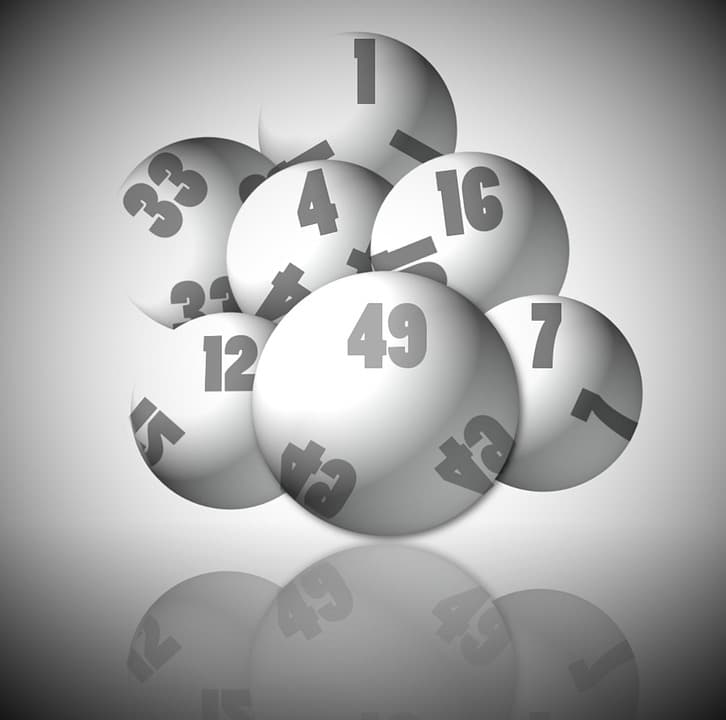 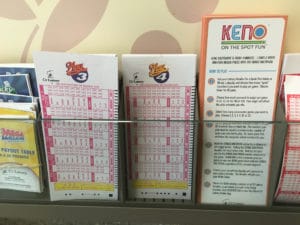 Mrs. Accountant, the girls and I took a hard turn right as we headed home from the eclipse. Gas low, we stopped at a gas station to fill up when I noticed a massive sign announcing the Powerball lottery was somewhere around a gazillion dollars and change. My frugal nature prevented me from buying a ticket, but Mrs. Accountant couldn’t resist. And now we are the proud owners of a massive nest egg.

Don’t worry! I will remember all the little people who helped me over the years. Now and again I’ll publish another post on this blog to rub your noses in the good life I am living. Suckers!

To be honest, Mrs. Accountant didn’t actually buy a lottery ticket and truth be told, we headed straight home after watching the moon slowly cover the sun.

There is a strong temptation when the lottery hits nosebleed territory. What people forget is that the odds are still 292.2 million to 1. For all practical purposes the odds are impossible. But, the argument goes, somebody eventually wins. True, but it won’t be you.

If enough people play the odds are someone will win at some point. The odds are so long no one in their right mind—I said right mind—would waste a nickel on state run lotteries. It’s the worst racket in town and in the end it will ruin your life if the impossible happens.

And after all this I still claim I won the lottery and I have. If you listen close you can win the same lottery I did as long as you don’t buy a lottery ticket.

Over the years I have had several lottery winners walk through my office doors. In preparation I have a large legal firm in Milwaukee to help protect the client.

The lottery isn’t the only issue people face. Large monetary windfalls show up in unexpected ways. More common is a large inheritance. For some reason nobody knew dad was loaded. He lived so frugally the whole town just figured he was poor. However, dad has been investing religiously in a broad range of equities since 1938. Who knew?

The law firm I have on speed dial is the result of my greatest failure as an accountant. It was a long time ago and I was inexperienced. It cost a client dearly and it still haunts my dreams.

A young man walked into my office after winning the lottery. It wasn’t a gazillion dollars like some mega jackpots today are, but still a tidy multi-million dollar push.

He worked at a local mill and promptly quit his job. I never recommended legal counsel. I just did his tax return, provided modest advice and sent him on his way.

He bought a home cash, quit his job and started a business. After all these years I cannot remember what his business was. What I remember is how he became addicted to gambling. He needed another big fix. He thought if he could win the lottery once he could do it again. What he really needed was a doctor and I didn’t have one on speed dial back then either.

The first year he received a huge refund because they withheld a good portion of his winnings and he bought a lot, and I mean a lot, of lottery tickets after that. Since he had a large win he could deduct most of the gambling losses.

In year two he had a massive loss in his business and more gambling expenses. Unfortunately, you can only deduct gambling expenses up to gambling winnings. Since there were no withholding taxes paid he really had no tax issues, but no refund either.

Year three continued the spiral down. The business defaulted, gambling was out of control and the money nearly gone. And I did nothing.

He mortgaged the house and gambled it away. Then the house was gone. Year four was the last year I prepared his tax return. Another client who knew I was handling the lottery winner’s taxes informed me he was living out of his car: no job and no money.

Oh, I forgot to mention one salient point. He has a child, a daughter. He was living out of his car with his daughter. The nightmare returns every time the lottery makes the news.

My client couldn’t get a job. The whole town knew he was a lottery winner. Half the people hit him up for a loan and stiffed him. I never heard what happened afterwards. I’m not sure I want to know.

I promised myself I would never let this happen again on my watch. Over a few years I built a dedicated team of professionals to move in on a moment’s notice to help people with a large financial influx. A qualified attorney (not all are) is a must. The accountant bears a massive responsibility, too. I dropped the ball all those years ago. Never again.

Plenty of wealthy people have walked through my doors since. Whether it was a lottery win, a large inheritance, the sale of a business or investment, I have a program to steer my client to calm waters. In effect I become the buffer zone between them and the leaches and their persistent efforts to drain my client dry.

Mrs. Accountant and even my office manager frequently don’t know what is happening under their roof. Usually the client shows up wanting to speak to me about a personal matter. When the door is closed they tell me their plight. Privacy is the most important element.

You can win the lottery without all the pitfalls and pain. In my lottery you can’t take the lump sum option; only the annuity option is available.

There is one rule: you can never buy an actual lottery ticket! Instead, the money you are tempted to spend on lottery tickets must be invested in your retirement account for maximum prize money.

I know, I know. When the lottery crossed a half billion you thought it would sure be nice to have enough money to tell the world to eff off. So you dropped a hundred on tickets. With millions of players nobody still won! And you were still too stupid to see how evil the odds were. Statistically impossible.

So you crack your wallet again for a chance at three-quarters of a billion. Same result. Some folks are slow learners.

For some the temptation doesn’t end there! The casino has better odds on each throw of the dice, but the edge goes to the house and the more you play the more you lose. Never mind that your favorite accountant used to play blackjack and win. It’s called card counting and gave me the edge. Until the casino turned into a sore loser and booted my sorry tail from the premises as they read me the trespass notice: come back on our property and go to jail. (As if that ever stopped me.)

Lottery fever goes beyond the mega jackpots. I see it in my office on a regular basis. It afflicts the middle class and poor with devastating results. Call it a stupid tax, but it is really state sponsored gambling addiction to extract a regressive tax from the vulnerable.

The amount gambled away by many people is a small fortune.

Did I hear someone say fortune?

Remember the $100 you burned on lottery tickets? (Please tell me it was only $100, for Christ’s sake!) Well, invested in your retirement fund you would have been a guaranteed winner. Let’s review all your lottery winnings by using Keith’s School of Investment logic to count our score. 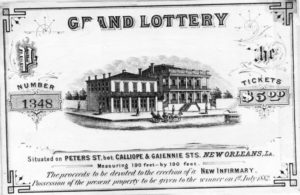 First, since poor people generally play financial Russian roulette, the lottery money diverted into your investment account will provide a whole host of tax benefits, the least of which is the Saver’s Credit. The tax benefits of loading an extra $100 every week into your account over the lottery’s could generate a tax benefit equal to or greater than your investment.

Now remember, the lump sum option isn’t available. The $100 invested will do two things: it will grow about 7% per year, plus the inflation rate and throw off a dividend that also grows around 7% per year.

Think of it this way. The $100 you pissed away, ah, invested in lottery tickets is gone with no return forever and always. Amen.

The very same $100 in an S&P index or total market index fund (or EFT) will throw off around a 2% dividend to start. This year your income will grow $2 without any additional work on your part. Next year you get $2.14 (on average); the year after $2.29, and so on. Each year your income increases faster and faster as it compounds.

You have been blowing $100 every week on cheap booze and wild women, oops, that was me, on lottery tickets and the casino. Stupid stuff. (Not the wild women. Some would consider that lucky stuff. I beg indulgence from my female readers at this point.)

This little habit of yours is bigger than a 10 ton pickup truck with a hemi. $5,200 going down the drain annually and only empty pockets to show for it.

Of course you understand the odds are against you! You are NOT stupid. You get caught up in the hype. Casinos and lottery officials know how to play you (literally). You need to turn off the caveman part of your brain and do what is right for you!

If $100 generates $2 of growing dividends, what will 52 weeks of this craziness generate? Simple math says 52 weeks times a hundred bucks per week times two dollars of dividends each week you invest instead brings us to $104 after the first year. The next year you’ll book up against $114 of dividends even if you don’t invest another penny. And it climbs from there!

Now I know you guys are quick on your feet, but let me put this into perspective. That’s enough to play the lottery for over a week for free.

Had ya for a second, didn’t I? You know the truth. Your periodic gambling itch due to mega sized lottery jackpots is ruining your retirement plan (early or otherwise).

It is time to stop the madness. Play The Wealthy Accountant lottery instead. Everyone’s a winner! Yee haa!!!

And with only the annuity option available you get a raise every year for your trouble.

Nobody sees your puss on the news feeds and nobody asks for a loan or charitable contribution. All they do is walk into my office and tell me they had no idea dad was so loaded when they inherit your legacy.