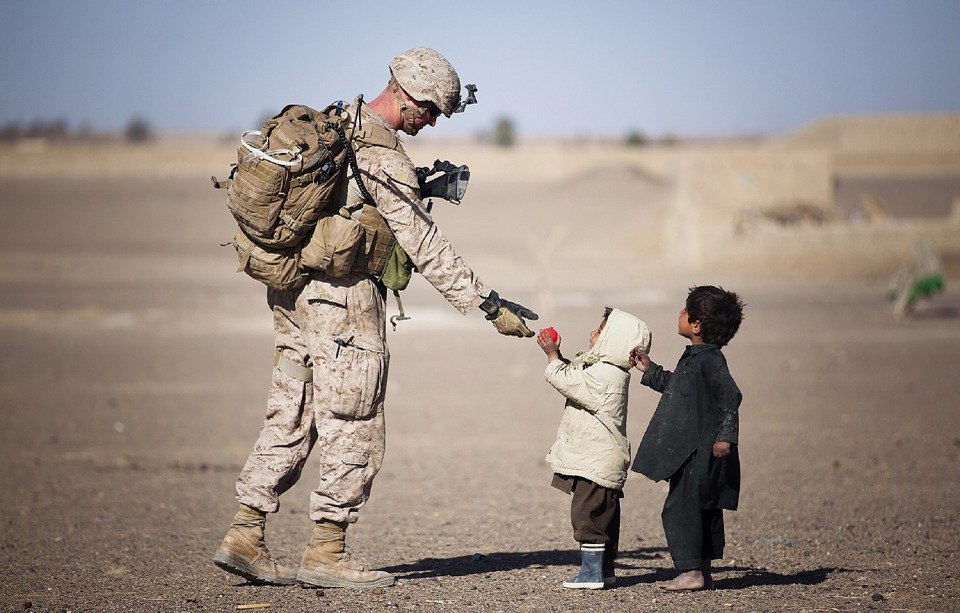 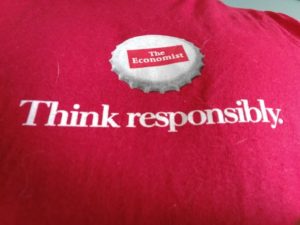 Hatred is in the air and it’s costing the nation plenty and a whole lot more to those who harbor the hate. The President has now banned transgender people from the military and the alt-right is cheering. And it’s a stupid idea.

But let’s not stop there, my Aryan Judeo-Christian friends. As long as we are excluding those we consider undesirable we need to name the groups we want out. The gays and transgender people are only the beginning. We had a little thing called the Civil War that started 156 years ago. The discussion was slavery if memory serves me right, but it might be fake news. Women gained suffrage in 1920 in the U.S. with ratification of the 19th Amendment to the Constitution. White men haven’t heard the end of it ever since.

Let’s take a tally. We want gays, queers, transgenders, blacks, Mexicans, women, and let’s not forget the Jews (of which a tincture probably runs through the author’s veins) from serving in the military. Basically, we only want white men in the military.

Here is why this is soooooo stupid. When the military is called to duty only white men will be on the line fighting for the nation. Inevitably some of these fine young “white” men will die. That will leave a disproportionate number of gays, transgender, black, Hispanic and other undesirables to spend time with, shall we say, white women.

The argument for keeping gay and transgender people out of the military is still a powerful debate. Nothing drives more fear in a white man’s heart than being hunkered down in a foxhole with bullets whizzing overhead only to be interrupted by the sound of his buddy unzipping his fly. I get it. (Bad choice of words.)

You see, gay guys have to have sex with every guy they get within 10 feet of. Guys understand this. “Normal” guys have sex with any woman within arm’s reach. Right? No! Let me get this straight (another interesting word considering the conversation). A guy can be around a female and act like an adult, having an intelligent conversation with said woman without any possibility of coitus? Really? If this is true then it might be possible for a gay guy to not be in the mood while in the foxhole. And guys, you are not required to date the guy in the skirt. It’s optional!

To recap: Gay people don’t jump every human of the same gender!

Now listen close my tiki torch carrying friends. The problem isn’t with them; it’s with you! This is a personal finance blog and the United States prides itself as an economic leader. Therefore, we can state the facts and then correlate how it affects your wealth.

Some costs to your income and net worth are obvious. Getting your mug on the front page news spewing hate and engaging in violence can cost plenty in legal fees and losing your job doesn’t necessarily help the family budget. At least your hate for social programs like food stamps and welfare reduced to painfully low levels will be no safety net for you either. More important to keep taxes low. AND GET A JOB!

When did it become a battle cry to complain when people don’t work and to whine like a two year old when they do? If a guy wants to wear a mini skirt and high heels, who am I to argue. Klinger was in the military and things turned out okay. Of course with a doctor named BJ. . .  (What? M.A.S.H was a television show. Really? It’s wasn’t real? Get outta here!) It has come to my attention you should disregard this paragraph. —The Editor

The logic surrounding the recent increased violence in the United States is lost on this backwoods accountant. Business owners actually deny service to clients based on religious beliefs, the color of their skin or who they boink when the lights go out.

What really blows my mind is we want to keep certain groups out of the military while we need more hard working (I said hard working!) people to serve the nation in the military. Does this mean the tiki torch carrying crowd is marching to the recruiter’s office to sign up? Are they indicating their support for the draft? I’m confused.

Several years ago I had Lasik surgery on both my eyes. In my community there are several choices for this surgery. After careful research I concluded Dr. Alexander was the best doctor in the field locally. Eyes are important so I wanted the best. I paid above average to have my precious eyes see 20/20.

Dr. Alexander did an awesome job on my eyes. And he is black. I didn’t care; it didn’t bother me. And isn’t it like a white guy. As soon as the chips are down the black guy is good enough to bail my tail out. And if the good doctor happened to be transgender it would not have bothered me either. I wasn’t looking for a date; I wanted my eyes fixed!

I have gay clients, transgender clients, black clients, female clients, Hispanic clients and even Jewish clients. The one thing I can tell you about every one of them is this: They came to me for help and they showed me something green. Money green always grabs my attention.

In all my years of practice I never once asked a client (or employee) about their sexual orientation. They need tax work or business planning done and I’m the guy to do it. I don’t offer sexual services in my office.

My office manager is Puerto Rican. You should be glad she works for me! She keeps my tail moving in the right direction. My business would be less profitable if Karen were not there. Skin color never once entered the equation. It’s like my eyes; I hired the best and the best just happened to not be white. Who cares? I wasn’t there for a skin graft! I wanted my eyes fixed without incident. Dr. Alexander delivered.

When I see the rallies and violence over immigration I am appalled. We need immigration reform in the U.S. I agree with that. But the concept of ‘kick’em all out’ is butt stupid. They want to work! When has that become a problem?

We have real issues in our modern world. Income and wealth inequality are caustic problems begging for solutions. Nuclear weapons are aimed at our cities and territories and the best we can come up with is a wall? Our infrastructure is crumbling and the best our supreme leader can come up with is “ban transgender people from the military”. Our tax code is in desperate need of revision and instead of working on the problem we waste time pardoning an ex-sheriff who treated Hispanics reprehensibly.

Perhaps the reason we have anemic economic growth and a declining labor participation rate isn’t about some minority group we want to beat up on this week. Maybe the problem is white men. If white men have so much time on their hands maybe they should get a job or two so there are none left for the Mexicans. All I hear is “Kick them out”, but I see no white protestors lining up to fill the vacancies.

I am a white male and feel disgusted at the legacy my race is leaving. We seem to hate all who are not white and even hate anyone white who dares show kindness to anyone not white and male.

History is clear on this. It never ends well for the racists. It isn’t all that good for the rest of the crowd either. If you don’t believe me, research the late 1930’s to 1945. Hate only knows how to destroy. Hate is the acid which destroys the vessel which contains it. And it’s bad for business, jobs and personal wealth.

I do not care if my eye doctor is getting rich. I actually hope he is. He provided an incredible service to me and I fully expect he will enjoy the rewards of his talents.

I cheer on my clients. Many Hispanic business owners utilize my services. The biggest issue I have is communication. Sometimes I cannot understand what they are saying as their English is still spotty. Then Karen steps in and speaks Hispanic fluently. There is great respect between my non-white business owners and me. I want them to do well; I want them to win. When they thrive, so do I!

Over the years I have had a small number of transgender clients. There were probably more than I was aware of. In the 1970s and 80s the world’s leading sex change doctor worked at a hospital less than five miles from my office. A few of his clients wandered through my doors.

The hate has to stop. Yes, it can be uncomfortable when a transgender, gay, black, Hispanic, woman, et cetera is in the room under certain circumstances. You are an adult. You can deal with it. Uncomfortable usually means unfamiliar. Get familiar and the discomfort will go away.

Many years ago Mrs. Accountant and I were in Dallas attending a seminar. In our free time we enjoy visiting museums. We found ourselves at a museum with an IMAX theatre near the Cotton Bowl. Time got away from us and so did our ride. We were stranded late at night as the museum was closing. We had to leave.

This had all the hallmarks of a very bad outcome. This was before the days of cell phones and Uber. There was a pay phone inside the building, but no phonebook to find the number of a taxi service. I had money for the phone if only I had the number of a cab company. 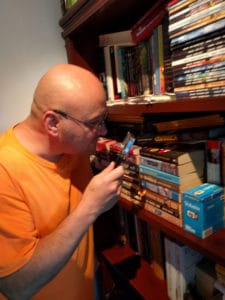 I asked every person there if they could help. Each walked past annoyed at my interrupting their life until a black woman wandered near. She was tired and cranky after a long day of work. Still, she helped Mrs. Accountant and me find a taxi phone number. At that moment she was the most awesome woman on earth.

In the end it worked out. We got our cab ride back to the hotel without incident.

That is why I will never rally against any group of people. You never know when someone from a certain group will be your only salvation. A guy in a hot pink mini skirt helping Mrs. Accountant and me out of the bad situation would have been just as welcome.

Don’t hate, kind readers. Hate always ends in pain for all parties involved. My youngest daughter was born cisgender, a genetic defect where her gender was assigned at birth because her gender wasn’t apparent at birth. I love my daughter. God created her as she is. Who am I to argue with God? No one should hate her because of a gender issue.

If our nation faces a crisis I will not spend a second thinking if the people protecting my country, me , my family, friends and clients, are gay, straight, transgender, the color of their skin, ethnicity or religious faith.

When that day comes, and it always does, they will be the most awesome people to me no matter what their personal life is.

Note September 20, 2017: When I wrote this post I had been introduced to a new word about my daughter’s condition: cisgender. At first I thought this was the new “politically correct” way to speak about intersex children. It isn’t. I was using the term wrong as a comment below mentions. There are so many terms bandied around today to deal with gender and sexuality it is confusing even to a dad with a daughter born intersex. So, to clarify, the article above is correct as long as you replace cisgender with intersex. No matter what name society uses to identify my daughter’s condition, I still love her to death. She is my sweetheart along with her sister and mom.