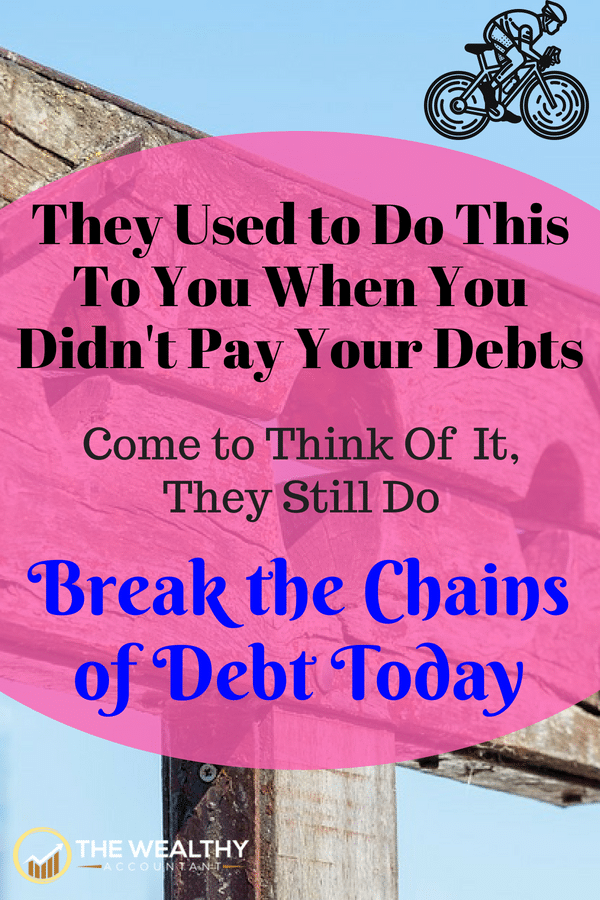 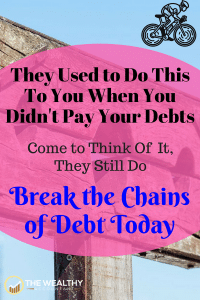 As mankind evolved they needed a way to store value that wasn’t cumbersome. Sure, trading a cow for supplies seems like a good idea, but what about wages? Do you get a cow or a peck of barley for a good day of labor? Well actually, yes. That is exactly what happened. It held back commerce because you needed an immediate need between two or more parties to have an equitable exchange of value. And God forbid you were really good at mass-producing something. The oversupply of that item would make it worthless.

Even before mankind invented money as a store of wealth, people were able to borrow. Rather than make an equitable trade now, you would promise to provide a good or service later. And you better keep up your end of the bargain. The punishment for reneging on a debt was severe. You could lose a hand, be imprisoned, forced into servitude (slavery) or outright killed. No, in the early days of money and prior, it was best to honor your commitments. The alternative was unthinkable.

Slavery was a common result for nonpayment of debts. Debt was not entered into lightly as it put your freedom at risk. The Old Testament of the Bible has several passages which show how ancient man dealt with debt absconders. They were merciless.

The Invention of Money and How It Works

Debt has lost much of its fearsomeness nowadays. I promise not to get religious on y’all, but need I remind you around half of the parables of Jesus dealt with money and wealth. Money is important. People knew it two thousand years ago and they know it today. Unfortunately, people don’t understand it much better than the Classical Greeks did as they tried to come to terms with the new way to store and transfer value. 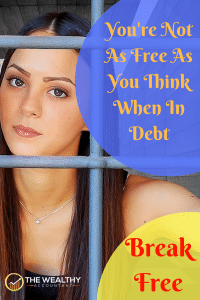 Mankind has gone from, “Neither a borrower, nor a lender be”, to, “You need a good credit score to live in modern society.” The dividing line happened somewhere between the Shakespearean play Hamlet—where the above phrase comes from—and today. Lending was always considered risky business for all parties involved.

Money makes it easier to borrow (and cheat). Governments have been debasing money since its invention. Don’t worry. The proletariat figured out how to shave coins before the first day was out. A deal between two people needed to be honored and violence could result if one party felt the other party cut corners on their end of the deal if both ends of the transaction happened at different times. The horse you promised in six months for the purchase of twenty acres of land might have developed a lame hoof. Negotiations took a decidedly more hostile approach afterwards.

The more people started to understand money the worse it got. Money requires a level of trust. If most people refused to accept the item used as money at a set rate of value it becomes useless. That’s why precious metals and other small valuable items were the first forms of money. Government debasement and coin shaving was a serious issue. Debasement destroyed trust in government issued coins and coin shaving was a crime because it was honing in on the government’s debasement turf.

Then somebody got the idea to create fiat money. Fiat money is declared valuable by the government by decree. I sometimes call cryptocurrencies fiat money when in fact they are not. My argument is cryptocurrencies are declared by decree of the blockchain rather than the government. Both declare value for something that has none and gets us all to agree the fantasy is real. That is why money has value today; because we all agree to pretend it does. Fiat money in not backed by anything of value, just faith in the issuing government. Good luck with that.

The Problem with Debt

In modern times debt seems a reasonably risk-free way to transact business. In my office we frequently bypass even fiat money for a check which we trust the bank will honor with fiat money or we allow the client to take a loan from their credit card company which once again pays us in fiat money. It’s all based on trust.

But risk-free (or nearly so) transactions are relatively modern. Reneging on a debt was a serious matter for good reason. The lender would have a hard time replacing the lost value promised. Powerful banking families and governments were also the ones doing the lending so they were inspired to formulate laws with serious consequences for not upholding your end of the obligation. And as bad as people knew debt was, they could still get in trouble. The landlord wanted rent, the church wanted a tithe and the government wanted taxes. You were a serf or risked your eternal soul. And your taxes were an implied debt forced upon you.

And still the government loves debt!

Economists falsely believe that more debt lubricates an economy. It doesn’t. It sucks interest from productive labor and gives nothing in return. Think about it for a second. Human beings dreamed up a store of wealth based on trust and that had only pretend value. Then, we convinced people if we let them use the fantasy value for a short while they would have to go into slavery get a job and earn imaginary value to repay the pretend money. The only “real” thing in this whole process is the part where you trade part of your life to satisfy your obligation based on fiat money. (Bet you feel kinda foolish right now, don’tcha?)

Well, if debt doesn’t lubricate economic growth as the government and economists all tell us, why is it so darn important for the Federal Reserve to encourage people to borrow more? The answer is in the above lecture! Slavery!

Yes, borrowed money is generally spent instantly, causing the short-term illusion of economic growth. Heck, when you put a vacation on the credit card it’s all fun and games. PARTY TIME! When you get back from vacation it still feels good. Then the payments come due. Still okay, but not as much fun. Then you have a serious need for funds and you are saddled with debt. The car breaks down or medical bills arrive and Katy bar the door. Debt now has you firmly in its grip. A serious matter is made worse because the other side of party time just came home to roost.

The root of the word mortgage is “death pledge”. Is that a graphic enough term for you? People knew from early times a mortgage wasn’t a home loan—the soft language we use today for a death pledge. It was something a lot more serious.

A World without Debt

It sounds melodramatic when you echo the warning over debt. Most people today either have debt or once upon a time did. Bankruptcy laws are generous these days. And why not? If the banks get in trouble the government bails them out by creating more money out of thin air, or as we say on the farm, by fiat.

My family has always been business owners. My dad has an agricultural repair business. While it pains me to admit my dear ol’ dad might be right, he did make an observation decades ago I never forgot. He noticed employees loaded with debt were a double edged sword. First, the debt kept’em coming to work. They had no other choice. In short, their debt made them a slave to my dad’s business. Self inflicted slavery, for sure. But slavery all the same. But second, the debt load made for high drama employees. It takes time and massive energy to juggle a debt burden. Paying the boat and car loan, mortgage or rent, Jet Ski payment, cottage payment and credit card bills are exhausting work. These people were under severe stress and it showed. They got sick more often and tended to have other bad habits (smoking, drinking and/or drugs) to relieve the stress. The stress drove them to the unhealthy lifestyle.

People walk free-willing, eyes open, into debt. Then reality strikes. You’ve been enslaved by your own doing! 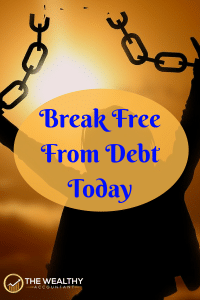 The economic imprint the borrowed money caused is long gone. Only the pain remains. And the pain lasts a lot longer than the pleasure did!

The government knows all this. They know your debt fueled spending is ointment that quickly wears off. The government also knows you are now left with two unpleasant options: sell a large part of your life and freedom to satisfy those debts, plus interest, or declare bankruptcy where they restrict you financially for a time. Bankruptcy doesn’t solve the problem; it only eases the pressure a bit so it’s possible to claw your way back. Part of your life is getting sold, slave. Get used to it.

And there’s your answer to how debt spurs economic growth. It forces you to work more than you have to. It wasn’t the debt fueled spending; it was your forced servitude to satisfy your obligation. In debt, they (government and employers) own you. You have to work. And you only keep a portion of the benefit! You are forced to work for a lower wage because you need money now! Debt comes first, eating second. That is why we have homeless and starving people in the richest nation in the history of mankind.

Interest sucks a portion of your hard-earned labor, too. Not only are you forced to work and accept a lower wage, you give up some of the remainder to the lender in interest. Remember interest? The stuff created out of thin air—fiat money—now requires you to repay a fantasy debt you agreed to with flesh and blood.

When I write these kinds of posts I get a lot of complaints I sound like Dave Ramsey. Well, for the record, I was a Dave Ramsey Endorsed Local Provider for many years. And I consider it a compliment when compared to Dave and his simple, yet powerful message. A lot to like in the guy.

I’ll make a deal with you. When the you guys stop telling me how smart and responsible with debt you are, I’ll stop taking the sledgehammer to your skull on this issue. Debt can be a powerful tool, no doubt. But debt is enslavement, as we illustrated above. Stop telling Dave and me we’re wrong.

Get your life back. Live your dream. The bank is the largest expense in most households. Big income and nothing left to live on. Insane! I beg you, kind readers. In these awesome economic times it isn’t the place to become complacent. Debt feels good now because it mentally feels like tax-free money. Paying it back means you have to make more money to repay the debt and pay tax on that money, too. You don’t need much to live a good life, but a boatload of income to pay all your debt obligations. More required income to cover debt and living means more taxes for the government.