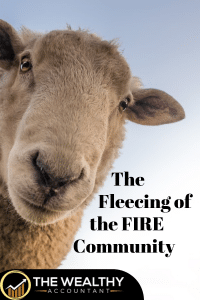 The Fleecing of the FIRE Community

The willingness of so many to embrace this concept without serious thought made me nervous. The only relevance we got from the developer was, “They are doing it in Europe with great success.” And since we are in Florida, I have some land I’d like to sell you, too.

One thing was clear. The FIRE community, the FIRE movement, has reached critical mass. There are enough people with cash available to fleece. The old Microsoft Support Scam and IRS Scam are peanuts to what can be pried from the fingers of this group. 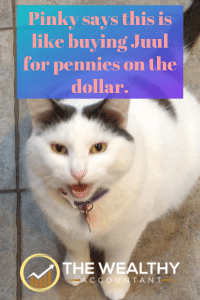 How to Analyse a Stock

Back in the 1980s when Peter Lynch was the name you listened to when it came to expert stock advice a unique situation existed.

Savings & Loans were going public at a torrid pace. Once it was discovered how much money could be made, every S&L couldn’t covert to a bank and issue public shares fast enough. Lynch made a killing for the fund (Magellan) he managed at Fidelity.

The biggest problem was getting enough shares. Non-customers of the S&L were frequently locked out of the offering. Even depositors of the S&L could only buy a limited number of shares.

Most S&Ls were small. But there were thousands of them!

Shares usually went public at $10 or thereabouts and almost always saw a sharp increase the first day of trading. Gains of 60% and more in the first month of trading were not unheard of. 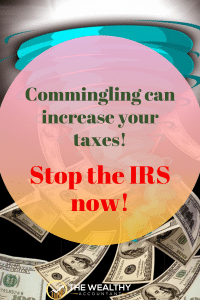 Commingling is Killing Your Wealth

Commingling of funds (mixing business and personal funds) is one of the riskiest things you can do, causing serious legal and tax problems.

The issue is less acute from a legal standpoint if you are a non-LLC sole proprietor. There are still plenty of tax issues, however.

LLCs and corporations are at extraordinary risk when funds are commingled. Treating your business as a personal fiefdom instead of a separate entity—which it is—can cause serious legal and tax issues down the road. We will deal with both issues in this post. 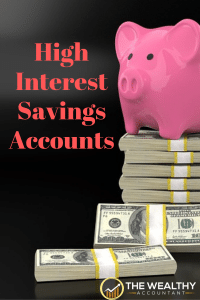 Interest rates have barely lifted from ground level and are already headed lower. In the U.S. short-term interest rates are at least positive. My EU and Japanese readers are not so lucky, facing negative rates.

Low interest rates are bad enough, but watching your bank balance decline is a downright nightmare for savers. If you are close to or in retirement this can cause great financial harm.

Because rates are likely to stay at these low level for the foreseeable future and there are many safe alternatives paying more, I will publish a special report each month highlighting one of these short-term, money market-like investments. Every effort will be made to address opportunities available to as many readers across the planet as possible. 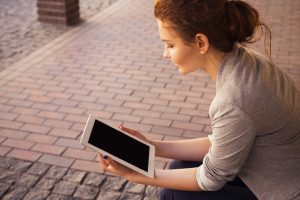 Finding a Good Accountant for Your Income Properties

Finding a qualified tax professional takes time and work. It is all worth it in the end. The best tax professionals are selective in who they take on as clients so you will be vetted at the same time you are vetting. This is a good thing as you want a good fit for all parties involved because it is your investment and money is on the line. 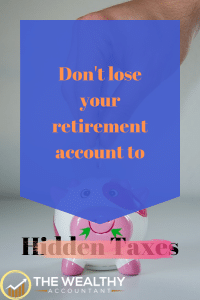 Traditional retirement plan contributions come with a loan attached to it with a variable rate of interest, to be determined at a later date by the tax code and your income level.

We all know that traditional retirement accounts get a tax deduction at your ordinary tax rate to the retirement plan contribution limits. We should also know that these account grow tax-deferred and that all distributions are taxed at ordinary rates.

This is a real problem if your goal is to maximize your net worth. In the early years the tax benefit makes it seem like it is the best deal on the planet. But as time passes the math tells a darker tale. 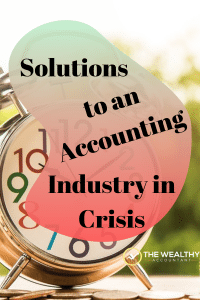 Solutions to an Accounting Industry in Crisis

The crisis in the accounting industry is self-feeding. The worse it gets the more workload is shoved onto the desks of the remaining souls. Stress is taking a toll.

Several support groups for tax professionals exist on social media platforms. Tax season reveals a serious level of stress for practicing tax professionals. Complaints of long hours and clients unwilling to pay higher fees to compensate for the added complexities of the new tax laws has more professionals looking to leave the industry.

And it isn’t the tax pros facing the worst pinch. The ultimate loser is the client. With fewer experienced tax professionals accepting clients it has put taxpayers at risk. The IRS knows taxpayers have limited choices when defending themselves in an audit which means the IRS’ advantage is larger than ever. 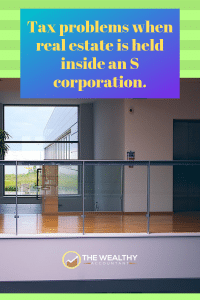 Why You Should Rent to Your Business

There are no drawbacks to separating the real estate and business into separate LLCs that I’m aware of. Every attorney I’ve ever spoken with agrees on this. Real estate should never be held inside an S corporation or LLC treated as such. Any tax negatives are easily resolved with elections.

The issues involved with combining real estate and a business under an S corporation are many. Legally you limit your option and put asserts unnecessarily at risk. The tax problems are hard or impossible to resolve without inflicting additional tax pain.

Structured properly your business and assets can enjoy legal protections while basking in the light of lower taxes.