The 8th Deadly Sin is Destroying Your Retirement Plans

The seven deadly sins, or cardinal sins, have been with us a very long time, outlining behavior we must avoid if we are to live a good life.

The other side of the seven deadly sins are the seven virtues. For every destructive behavior there is a twin virtue. Achieve the virtues and you find the much sought after Holy Grail of wealth and happiness.

There was also another, 8th, cardinal sin. In addition to Envy (at another’s success), Wrath, Lust, Greed, Gluttony, Sloth and Pride, we were also warned of something called acedia. Acedia is hard to translate from Greek to English exactly. It can mean despair or despondency. It is more than sloth or laziness. Acedia is giving up hope.

Acedia sounded slightly like what the monks were doing—giving up on life for a secluded life in a monastery. To solve the problem acedia was merged with sloth since there were similarities.

Acedia  is a leading cause of financial problems for many people because acedia also includes an outlook of gloom and despair. Losing hope is the most destructive thing that can happen to you because is gets you to stop trying to do the right thing. The “what difference does it make” attitude ends all chances for better days. If these feelings of hopelessness become chronic you will suffer both physical and mental illness, profound sadness (emptiness and complete lack of joy) and destruction of wealth, if any yet remains.

Let’s take a look at the seven deadly sins and their polar opposite virtues before digging into fixing these attitudes before they do any more damage.

The Danger of Acedia

Acedia, or apathy and all that entails, leads to serious behavioral issues guaranteed to destroy all forms of wealth: mental, physical, spiritual, financial.

The seven deadly sins are not a religious construct! Yes, we get the cardinal sins from the Catholic Church, but they are nowhere to be found in the Bible. These sins are not spiritual behaviors. When we see things like lust, greed and envy in others we are instantly turned off.

The cardinal sins are not meant to convict. The seven deadly sins are the first step in outlining the proper behavior for a good life. When we see chastity, charity and diligence in others we are attracted to them. We trust them and for good reason. They have the virtues we all recognize as beneficial and helpful.

Once despair (or apathy or hopelessness or despondency) sets in it is a spiral down.

Think of it this way. Once you give up hope on your finances because the bills are too large and the debt a burden, bankruptcy is not far behind.

Not all bankruptcy is acedia. Medical bills can take over and a virtuous person will take proper steps to provide adequate medical care for her family members. If the cost is too significant the only choice is bankruptcy. (This is a United States issue mostly so readers from outside the U.S. will just have to take my word for it.) 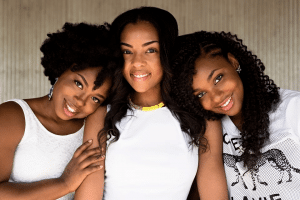 Living the virtues is the only path to lifelong happiness.

The real danger of acedia (apathy) is refusing to take the proper steps to live a good life. Not funding your retirement account adequately means hardship in old age. Investing spontaneously in hot stocks instead of investing with index funds is also a form of acedia. Timing the market also falls within the purview of this vice.

Living for today as if tomorrow will never come may seem like a happy life to the outside world, but it is really a form of despondency known as a cardinal sin for thousands of years. Eating a poor diet and not exercising to preserve and prolong your current health advantages is also a form of giving up encompassed by acedia.

It sounds so simple to just say “Despond” or “Despair”. The vice is much more pernicious! Like most vices, it creeps up slowly until it has you firmly in it’s grasp.

Lifestyle creep is an excellent example. As your income increases it is easy to up your spending. You reconcile your spending as “deserving it” for working so hard. Instead of making money work for you; you now work for money as debt has a serious price: interest payments.

“Thou shalt not’s” have a negative vibe. Tell someone not to do something and before you know they are up to their hips in it.

Rather than preach against the cardinal sins and the 8th deadly sin of acedia, I will focus on encouraging the virtues.

Saying “Don’t lust” is easier said than done. Asking you to consider chastity is more likely to get positive results.

This is a financial blog. Telling you not to be greedy might go against what you interpret as success and financial independence. Instead, I encourage charity; the virtue opposite greed. Trying to not be greedy is practically impossible. But an attitude of charity and giving seems natural and something we want to do. Don’t confuse greed with merely having financial wealth either. Money is not a problem. Even large amounts of money are fine. The “love” of money is the problem and that is where greed resides.

Envy is a vice we all fall prey too. Envy is more than mere jealousy. Envy drives you to anger when someone else is successful. Hating someone because they won the race or retired earlier than you are good examples. You should never compete against someone “out there”. You are the only person you should compete against. The age you retire or reach financial independence is irrelevant. You may have had more medical issues or your friend may have had a push from an inheritance.

You kill envy with gratitude. Regular readers know how strongly I feel about paying-it-forward, especially to those who will never be able to pay you back or even know it was you that provided the gift.

It is impossible to feel envy while you are giving. Not all giving is financial either. The greatest gift doesn’t always require money to fix it. I once held the hand of a very old client (92 years old, if memory serves) over the Christmas season as she sat in a nursing home waiting to die. All her family was gone, dead from old age. I went to visit her because I knew she was nearing the end of her life. The next morning she was gone. Money does nothing in those situations. A soft smile and warm hand is worth more than all the money in the world and it was in my power to share, so I did.

To turn away is acedia. Paying-it-forward is the virtue. So is a smile and a kind hand.

What is your greatest weakness, your greatest vice? Is it pride? Then practice humility and serve without expectation of even a shred of recognition for your service.

Perhaps you suffer from lust. The internet makes it easier than ever to satiate (maybe that isn’t the right word since lust feeds on itself) your desires. If so, you need to practice chastity in thought, word and deed. You may need professional help if the disease has taken root too deep.

A 2009 study indicated men confessed to lust more than any other deadly sin and women acknowledged pride as their greatest struggle.

This isn’t a universal statement, only the results of a single study by Fr. Roberto Busa, a Jesuit scholar. Each individual is different. If greed is your greatest vice, then this is where you need to focus attention.

We are all different. The virtue we most admire is the one that might need the greatest attention. A through examination of our-self might reveal one or more vices harming us and those around us.

Benjamin Franklin worked on virtues every day of his adult life. He would check off each virtue he held true to that day. He failed often and admitted it.  Perfection was not the goal. Perfectionism is akin to pride. The goal was to improve each day and do so in an honest manner.

It is the attempt at growing the virtues in our life that matter.  Some of the vices are destroying your financial wealth. The old 8th deadly sin is far more pernicious than most of us suppose when it comes to wealth.

If we can reduce greed, lust, apathy, pride and envy in our life we become better people. Our friends and family benefit since this is a form of paying-it forward and leading by example.

It is the Christmas season as I write this.  We have all received so many gifts. We can give so much of ourselves. This is more important than another trinket or cash.

It isn’t excessive frugality either. It is called gratitude. Gratitude for our family, neighbors, friends and community. A cheerful “Hello!” accompanied with a wide smile all year round is a true sign of a well adjusted individual committed to the virtuous life.