How Women are Changing the FIRE Community and the World

It is hard to believe that 100 years ago in the United States — the Land of the Free — women did not have the right to vote. That right was not granted by the Constitution until 1920 when the 19th Amendment was finally ratified by Tennessee on August 18th, the 36th state to do so, surpassing the required two-thirds necessary to add an amendment to the Constitution. Ratification was certified on August 26, 1920, giving women the legal right to vote nationally.

It seems like women enjoyed suffrage forever. We take it for granted these days. But that is not the historical truth.

As with most things in life, changing the rules so people get treated fairly does not provide a clear demarcation between the bad old times and a New World Order. Yes, women could now vote in national elections and did so a few months later on November 2nd. President Warren G. Harding won that election. However, serious issues and stigmas still remained.

Prior to the 19th Amendment women had a lot more risk than just voting rights. Women could not own land nor had a right to money they earned in many cases. Some states, Wyoming for example, extended suffrage to women much earlier on a state and local level. When Wyoming joined the Union they kept women’s suffrage in their Constitution. 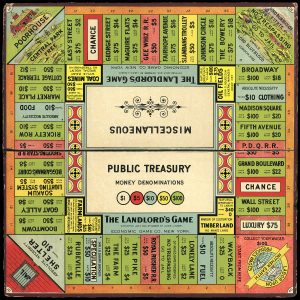 Even after women’s suffrage, men frequently took credit for the efforts and discoveries of women (and took all the recognition and cash as well, I might add). For example, the Monopoly board game is credited to Charles Darrow who pockets over a cool million dollars for the achievement. Too bad he stole (technically he bought it) the idea from Elizabeth Magie who is the real inventor of the board game around 30 years earlier, called The Landlord’s Game. For such brilliance Magie received about 500 bucks.

Games are kids play compared to what was done to Rosalind Franklin. James D. Watson and Francis H.C. Crick are credited with discovering the double helix of DNA. However, it was Franklin who did the pioneering work that led to the discovery. To add salt to the wound, Watson and Crick received the Nobel Prize four years after Franklin died. They gave the barest of acknowledgements to Franklin’s contributions.

I don’t want to get bogged down on the inequities women have faced and instead want to focus on their contribution. Celebrating the incredible work women have done (and are doing) is certain to benefit women more than complaining. We can’t change the past, but we can do something about the here and now.

Women bring something different to the table than men. This is a good thing. Women face different challenges. The differences are what make us stronger. Women are different biologically. This alone gives women serious ability to contribute on a massive scale in a way men cannot.

Let’s take a look at how women are changing personal finance, the FIRE (financial independence/early retirement) community and changing the world for the better.

What women have accomplished behind the scenes from ages past is nothing short of miraculous. Since universal suffrage became the law in the U.S. women have made tremendous strides in gaining recognition for their work and narrowing the pay gap here and around the world.

Women have gaining more control over their reproductive rights since the 1960s. But women do have one significant difference from men: they carry all the weight (pun intended) of having a child. Yes, men can provide support and help with child rearing once baby takes her first breath. Prior to that men can only stand by and watch. As a father of two daughters I must confess I was puzzled and awed by the miracle Mrs. Accountant performed inside her, turning a fertilized egg into an infant. But that was all I could do: stare in anticipation.

The November issue of National Geographic is dedicated to women. I highly recommend reading the issue. It is very enlightening. In the issue is the story of Joyce Banda. She is so clear when she says (page 64) financial independence gives women options. And that is what this is all about. Women are not asking for a free ride or a pay gap to their advantage. They just want options so they can live the lives they desire and find fulfilling.

As long as we are discussing the National Geographic issue, there is one more quote I’d like to share. The issue begins with an essay by Michele Norris. She understands men might fear the newfound freedoms and rights women now have. Let’s listen to Norris (page 13). “Actually, it’s not even about equal pay for equal work; it’s equal pay for demonstrably more successful work.”

Men should not fear Noriss’s words. She is stating the obvious. The person, male or female, who performs the best should get paid the best. Remember Rosalind Franklin. She discovered DNA’s double helix and opened the world to massive new medical opportunities. Women like Franklin deserve the praise and financial rewards for their out-performance. If it happened to a man there would be hell to pay (and a lawsuit).

There is an issue women do have control over. Sunday The Motley Fool had an article by Maurie Backman on the gap in male and female retirement savings. The difference is incredible, or “astounding”, using Backman’s word for the gap. While the same issues are in play — maternity leave, medical issues and family time — there is at least some control women can take to close this gap.

The good news is that several reports state women are better investors than men because they keep their fingers off the buy/sell button. Less trading gives women an advantage. However, Backman’s article is chilling. Women contribute a mere $1,331 per year on average to their retirement accounts. Couple that with lower Social Security benefits (women take more family and maternity leave, experiencing gap years in their work record) and higher medical costs, and it become clear it is of vital importance women find a way to tuck more into tax advantaged retirement accounts. 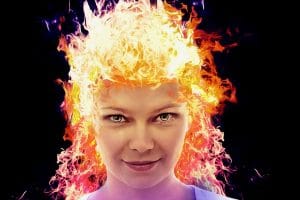 I want to finish this report by calling out several brave women I have followed over the years who have carried the cross of personal finance for women (and men) in a world not always receptive to their message.

It is impossible to mention every woman I’ve read or listened to. I asked my Facebook group for this blog who they felt were the best women teaching in the FIRE community. The list was exhaustive (and exhausting).  Bill Yount said it best when he responded, “All of them.” I agree. It is a crime I can’t cover all of them in this post. However, you can review a serious list of female contributors here.

Another place where you can find outstanding female bloggers and podcasters is the Plutus Awards. Here is a link to the latest winners. Notice the numerous categories dedicated to women and the strong showing women are having in other categories. Women are leading the crowd, educating both men and women.

Here is a short list of women who have taught me plenty in the personal finance field:

Before FIRE was a thing there was Amy Dacyzyn. She published the Tightwad Gazette in the 1990s. You can buy a copy of all her newsletters in book form on Amazon or borrow from the library. Some of the information is now dated. However, there is so much wisdom is her work it is impossible to walk away without gaining some advantage.

Liz from the Chief Mom Officer blog is another amazing woman, sharing ideas in the flavor of the Tightwad Gazette. She focuses on family and home. Her no-nonsense approach to money is refreshing.

Fiery Millennials blogger, Gwen, has a interesting story. Her grit is hard to miss and pleasant to watch. I must confess bias since I’ve met Gwen personally on a number of occasions at conferences. She also helped Mrs. Accountant and me figure out my cell phone a few years back so we could use the maps and get back home. Regardless my bias, Gwen is must-read for young adults (and the not so young) looking for a story of a woman who refuses to quit in the face of never-ending life obstacles.

Paula Pant is another blogger and podcaster I highly admire. I also met Paula at conferences, but never spoke with her much. She is the lady who had Suze Orman on her podcast when Orman said she “hates, hates, hates” the FIRE community. Yikes! Paula Pant’s blog, Afford Anything, and podcast of the same name are required reading and listening.

One of the dearest female bloggers (she also has a book out) is Liz from Frugalwoods. She combines my two favorite lifestyles: frugal living and rural living. I never met Liz or her husband. It would sure be an honor. Once again, Liz has a lot of the flavor Dacyzyn brought to her newsletter decades ago.

My last shout-out is for Vicki Robin, another superstar of the FIRE community. Her work with Joe Dominguez is some of the most important personal finance advice ever given. After Joe passed away in 1997, Vicki carried on the work of spreading the important message of responsible finances and frugality. Many people today got their start on the road to financial freedom from Vicki Robin.

This post is hitting its limit. I included plenty of links to fill your reading and listening needs. Regardless your gender, the women in this post are incredible in their ability to teach. We can all learn from their efforts.

My notes have another thirty or so female bloggers I wanted to mention. A taste is sometimes better than stuffing the face with too much all at once. Bookmark this page as a starting point to other female personal finance bloggers and podcasters. Share the message so your friends can enjoy the same high quality work. Share your favorite female blogger/s in the comments.

Finally, I hereby dub 2020 The Year of the Woman in honor of women gaining suffrage nearly 100 years ago. If women accomplished so much in the past 100 years with the deck stacked against them, imagine what they will do in the next 100 years with the restraints removed.

It will be a very different and better place.