How We Are Addressing Climate Change All Wrong 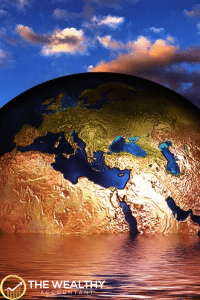 Climate change (really global warming with a better brand name) has been in the news these past few decades with dire warnings. Climate models have underestimated the warming trend.

The old story of the frog tossed into boiling water and immediately jumping out comes to mind. With climate change the warming is so gradual (and sometimes welcome) we don’t notice we are getting boiled. Yet the temperature inexorably continues to climb. Like the frog, we will stay in the stew until the meat pulls away from the bone.

Fresh faces periodically jump onto the scene. Al Gore made a big splash over a decade ago with his Inconvenient Truth documentary.

This past week a new face entered the drama with Greta Thunberg scolding Congress. After delivering a groin kick to deserving members of Congress she met with allies in Congress and told them, ” I know you’re trying, but just not hard enough.”

As much fun as it is to watch a 16 year old girl knock Congressmen around, the most important point has been missed: Greta “is” the problem.

“The world is coming to and end!” It has been the battle cry of environmentalists from the beginning. Scare tactics worked when pushed hard enough and often enough in the past. Now, after hearing this battle cry for longer than most readers have been alive the echo rings hollow.

Climate change is a money issue. Those against taking action do so on financial grounds. “It will cost too much for something we are not sure will really happen and even if it does it might actually be a good thing,” is their battle cry. And it is easier (and cheaper in the short run) to do nothing.

Then we come to Gore and Thunberg. Remember I said they ARE the problem.

All the while I watched and read about the smack down in Congress I couldn’t help but think about how much CO2 Thunberg dumped into the atmosphere flying* to Washington to give Congress a piece of her mind. Thunberg is right; she needs to try harder.

If the people most concerned about climate change are injecting the most most amount of greenhouse gases into the atmosphere, is there any hope to solve the problem?

Fear stalls people in their tracks. This accountant has strong beliefs about climate change and prefers to call it what it really is: global warming. Gore showing charts of CO2 rocking to the moon did little to move the deniers. It’s not that climate deniers believe climate change is a hoax; it’s that they believe it isn’t a serious problem compared to the costs of mitigation. A warmer winter is welcome in their minds and the negative consequences will not affect them (in their minds).

Continuing to bash on deniers will not work! I’m sympathetic to the cause and know the problem is serious and needs immediate attention. And even I am exhausted by the constant assault by climate doomsayers. If it is so bad and their is no hope, why bother.

There is a solution, but it requires a radical rethinking of the climate change rhetoric.

Cutting greenhouse gas emissions is a good goal that can satisfy climate change crusaders while appealing to the pocketbook of the deniers. In other words, if we reframe the issue as a win/win the message will resonate with virtually everyone. The best part is nobody even has to mention that four-letter word: climate change or global warming.

Every time a new solar or wind project is proposed it lists the amount of CO2 that will not be emitted into atmosphere. That is a massive mistake!

Green projects have to be proposed with economics in mind.

This wind farm will drive down costs to local businesses, increasing the competitive advantage of our community in the world market. 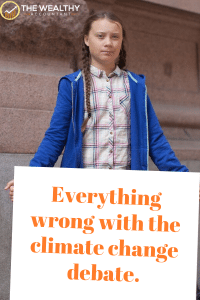 CROWD: Is this wind farm going to help climate change?

PROMOTER: Screw the climate. We are about business and economic growth. This will create jobs and increase business profits. Our cost advantages after this project comes online will make us a world leader in multiple industries.

The Republicans will snicker after the event about how they pulled a fast one over on the Democrats. Citizens concerned about climate change will have a similar, yet opposite, conversation in private.

Your favorite accountant is sick to death of good ideas getting shot down because climate change was attached to it. Want to kill a good idea? Say is will lower CO2 emissions. Doesn’t matter how good the idea is. Could you imagine tax cuts associated with reduced greenhouse gas emissions? You’d never see another tax cut in your lifetime.

Businesses understand this. Doing environmental good CAN and frequently IS good for the environment. Both sides of the debate are really in the same room, only they got comfortable bashing each other’s faces in and don’t know how to change their behavior.

It is self-defeating to frame trillions of dollars in spending as a climate change expense. Even those who know the problem is real have a hard time wrapping their head around seriously higher taxes to pay for something that will help other nations and people of the future. The “What’s in it for me” thought is strong. It is unfair to complain some are shortsighted on this issue. We all are to some extent.

Solutions where many will lose (taxpayers and business owners) will always have a problem getting their message across.

Changing the Way We Think

Business owners understand the power of changing the way they think in problem resolution. Individuals need to do the same.

Buying an electric car is NOT about saving the environment! It might be a status symbol. But in the end it should make economic sense. If the cost of owning the electric car is less over its entire life than an internal combustion engine (ICE) vehicle it is a logical choice even if the up front costs are higher.

The opposite is also true. There will always be a limited number of people willing to shell out for an expensive car that costs more than similar ICE alternatives. This limited demand will not be enough to reverse the global warming trend.

It smacks me as insane when some lowlifes rejig their truck to belch more smoke or keys an electric car when walking past. The smoke is a different kind of pollution and actually is better for the environment since it settles out of the air reasonable fast. (Think of that if you rigged your truck this way. You actually are saying you are trying to help reduce climate change emissions. Makes you look foolish, doesn’t it?) And keying someone’s car is not only stupid, but ignorant. You are better than that.

Current thinking is politically charged. Greta Thunberg made a splash in the news. Yeah, she got a good one on Congress. And nothing will change. You don’t make friends or solve problems by finding new ways to insult people you need to help you solve a problem.

Instead of focusing on what is in it for us, we need to highlight the advantages to our opponents.

Electric vehicles will give America a competitive advantage.

Businesses will generate an estimates $868 billion (this number is illustration only, not a fact) in additional profits if electric vehicles are fully implemented.

This solar field will reduce reliance on foreign oil, create 328 new jobs, lower utility bills for businesses and consumers and lower taxes over the next decade.

Of course the losers haven’t changed. Big oil is behind the fight against climate change initiatives for good reason; they stand to lose a lot. I don’t like leaving businesses or people behind even if they were part of the original problem. Remember, oil was a solution to a problem a century ago.

The synergies created by good economic policies can be used to create incentives for businesses and individuals negatively affected by the changes. 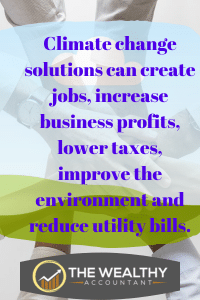 Big oil should receive serious tax credits when pushing into these new areas of business. The transition will be painful, but manageable if proper consideration is given.

Every problem has a solution that eventually leads to more problems. As long as the improvement overall is steady we are golden. Truckers losing their job will need tax incentives to get them from where they are to where they want to be in a world with out truckers.

Gas stations will always have a place as long as people are on the road. Electric vehicles and people still need to fuel up. Gas stations will need help with the expensive conversion to electric charging stations.

These are not insurmountable problems! We HAVE solved much worse than this. Climate change is real. Unfortunately we are the frog in the water getting cooked at a slow simmer.

Finger pointing is wrong. It never works. You never convince someone of your viewpoint by starting with, “You’re an idiot!”

We must reframe the way we look at climate change. We must change the way we think. This is not us versus them!

Change can be good. And profitable! If only we have the will. Otherwise another kid with a cute message will get a good jab in on Congress thirty years from now when the problem is still unresolved and much worse.

* Some comments argue this statement isn’t fair since she used a “zero emissions” boat to get here. No word on how she gets home after her 5-man team brings the boat back without her. Many reports and newscasts have stated the large carbon footprint of her journey. Thunberg has a 5 man team delivering the yacht back home and some of them presumable flew. At this point we still do not know with certainty if she will fly home or use another source. What is certain is the greenhouse gases emitted from this publicity stunt is reported to be greater than the emissions from a village in India over the course of a year. I stand by my claim.

Credit Cards can be a powerful money management tool when used correctly. Use this link to find a listing of the best credit card offers. You can expand your search to maximize cash and travel rewards. 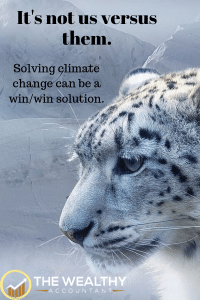