Create Your Own Basic Income 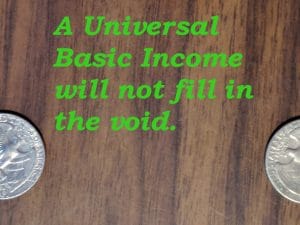 The universal basic income doesn’t solve all inequality problems. It might even make the problem worse.

I don’t know who first came up with the idea of a universal basic income. My earliest exposure to the concept was from Sinclair Lewis’ 1935 novel It can’t Happen Here. There is no doubt the idea was around much longer.

It’s an age old story. Mechanization and technology will destroy all the jobs. Computers and machines will do everything so people will be left with nothing to do but wander around the cities and countryside with dazed stares.

The solution is to provide a basic income to everyone so income inequality is reduced. The cause is noble; the solution fraught with problems. If you have freedom, you have inequality; if you have equality, you have no freedom. The real question is: how much inequality will society tolerate?

In the United States we have a modest solution in our tax code called the Earned Income Credit. People with a low income qualify for a refundable credit to compensate for their poverty level earning. It also happens to be the area of the tax return with the most fraud.

Around the world experiments with a universal basic income are in the planning stages, ready for implementation on an experimental scale or recently concluded, as we saw in Finland.

What is certain is that more people than ever are ready to try a universal basic income. The Finland experiment was concluded early without plans for a wider roll-out. I take this to mean the results were less than hoped for. If anything, it probably exacerbated inequality problems as it encouraged more people to work less.

This isn’t a debate about the merits of a universal income. The video below is one of many discussions on the issues. I don’t agree with all the comments in the video, but they do provide ample starter fuel for an argument discussion. We will focus our attention on something more important today: creating your own personal basic income.

At times I will sound like a rabid liberal when discussing universal basic income and an unrepentant conservative at other times. I am neither. Rather, the issues are complex and it is nearly impossible to stand firmly on one side of the aisle at all times.

The FIRE (financial independence, early retirement) community is a perfect example. These people (most people if we are honest) look forward to the day when they can either retire or live a semi-retired lifestyle. There is nothing wrong with such an attitude. I even argue it’s a healthy one. A universal basic income will only make it easier for people to achieve their magical goal. An extra thousand dollars a month can do wonders for those determined to build a nest egg large enough to retire early.

Unfortunately, it also encourages disengagement. If a basic income doesn’t work as planned in a place like Finland (where many feel it was a failed experiment) then it is unlikely to work anywhere at all. Higher taxes to pay people not to work will not bring the best out of a society. Social safety nets are necessary for a moral society, but there is a difference between feeding hungry people and providing unemployment benefits and giving everyone a handout.

All that said I still love the idea of a basic income. Notice I didn’t say “universal”. Don’t take this to mean I think people should be left out. Quite the contrary. Anyone who really “wants” a basic income should be allowed to have one! And I’m going to show you exactly how you can get your very own basic income.

In its broadest terms a universal basic income provides everyone in the community with a minimal amount of money every month just for being above ground. The cost is prohibitive, but if machines do all the work due to increases in technology and automation, there is nothing left for people to do to earn the money needed to buy the stuff automation is producing. The idea is to tax the crap out of the automation processes and spread it around.

Since this story has been around in one form or another since mankind decided to move from manpower to draft animals, we have plenty of reference points to learn from. The most import thing learned is that people over blow the consequences. In 2008 the world was coming to an end and now we are at full employment and then some. The next economic slowdown will bring the basic income idea front and center again. Don’t fall for it.

But if you are anything like me you wouldn’t mind a juicy check showing up every month like clockwork as a base line to the household budget. The universal basic income is always some modest payment sure to bankrupt the government while providing modest improvements (if any) to families. What I propose is far more draconian. Rather than few hundred or a thousand dollar per month, I suggest something a bit north of there.

A universal basic income is small thinking. It doesn’t do enough to really solve the problem. But if $3,000 or more shows up each month early retirement is in the cards! So how do we get the government, anyone, to send us $3,000 or more each month?

A Multitude of Basic Incomes

The small thinking mindset requires the government to tax and redistribute massive amounts of money. Worst of all, the beneficiaries of the basic income are reliant on one source for their bonus. This is just plain stupid.

What you need is multiple sources of basic income flowing into your bank account on a regular basis. The source of your basic income should also be more secure than the next vote in Congress!

Here is the secret. The wealthier you are the more likely you are to be receiving the multiple payments of basic income. In fact, the total of all these streams of income aren’t so small. Now I, as a wealthy accountant, will share the secret to the crowds. If you read my body has been found in a ditch somewhere you’ll know the bourgeoisie got to me. Too bad the word will already be out.

By now I’m certain you figured out what I’m talking about. Multiple streams of income are the hallmark of wealthy people. There is nothing preventing you from engaging in the same activity regardless your economic status. A lower income means you start slower, but you can still start.

Sources of basic income are everywhere. Index funds provide an income stream in the form of dividends. A side hustle can line the household budget nicely.

Passive income is where it is really at. Dividends and interest are nice. Rental income can be much larger than dividend income with a smaller investment. Income property can provide a steady passive income stream without hardly any net worth! (I recommend you pay down the mortgages as fast as possible for a margin of safety.) The trick is buying the right properties. 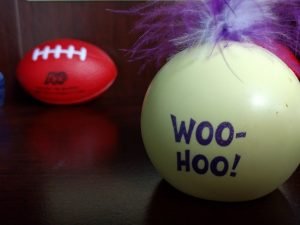 I’ve provided plenty of ideas in this blog for generating additional income. A side hustle as a forensic accountant is a fun part-time job that pays like a full-time job. Selling tradelines on the side is another way to feather your personal basic income program. No tax increases required. Here is one last link to an article on a dozen high income part-time seasonal jobs.

The ways to produce passive income is nearly endless. You should always maximize retirement plans for maximum tax benefits. Even in a nonqualified index fund dividends and capital gains are taxed at a lower rate than ordinary income. Income properties generally have higher cash flow than reportable profits on a tax return.

The universal basic income is a grand idea whose time will never come. When machines and automation destroy jobs, new opportunities arise. People in the vinyl record business lost their job in the 1980s. More jobs were created than lost in the CD business. Digital is doing the same today. Yes, the horse industry died when the automobile showed up, but the automotive industry is the largest employer in the U.S. today. And it’s not just the manufacturers. Repair shops, gas stations and the oil industry have more than made up for the lost jobs raising, training and feeding horses.

Technology and automation increases efficiency which means we have a better quality of life and standard of living. This is a good thing and not to be feared! I know it seems scary out there, but remember all the Chicken Littles frantic the sky is falling. The sky is fine. And brighter than ever, I might add.

Social safety nets are the moral thing for a society to provide. A constant struggle for the “right” amount of safety net will drag on until the end of time. What you need to understand is a basic income is yours to have. You decide the amount.

Your personal basic income will start small with one rent check, one dividend payment, one tradeline sale. Reinvesting your great fortune only grows your basic income larger each month. Soon, you can have a basic income greater than your financial needs. Then you can step back and let the next person enjoy your old job while you live on the multiple streams of income. In the new basic income world, fewer people will need a traditional job. But you will still provide value to society without working yourself to death.