Financial Independence is Getting Easier Every Year 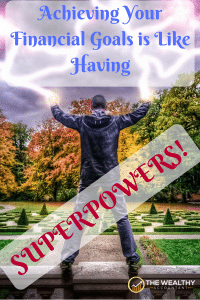 It’s hard to see when watching at the speed of life, but there is no doubt it keeps getting easier to reach financial independence. Some in the crowd might disagree with me. The statistics are clear, however. As the hand of time ticks by the human race is finding greater and greater opportunity at every turn until now when it is laughably easy to reach virtually any financial goal.

But we need to start at the beginning.

Depending on whom you ask, humans (Homo sapiens) have been around for around 300,000 years. For most of this time we were limited in our conversion of energy into useful tasks. Men, women and children all contributed to their subsistence lifestyle.

Because energy input determines so much of quality of life (as will soon become clear) we need to use a consistent measure of power. Energy is best describes in joules and power by watts (W). This allows a better understanding of inputs by humans over time.

A human can sustain around 100 W of labor. From the beginning when modern humans started its own branch of the family tree until the third millennium BCE, the most power mankind could muster was limited by the backs of the very same people. It took several hundred thousand years before mankind figured out a way to utilize more than the limited 100 W of power available from an average adult male.

Sometime during the third millennium BCE people learned to harness draft animals and their sustained 300 – 400 W of sustained labor. Not satisfied with the several fold increase, humans experimented with different ways of harnessing draft animals and even breed animals for greater labor.

Over thousands of years the maximum prime movers (draft animals in this instance) slowly increased until around 1000 of the Common Era when horizontal waterwheels came into wider use, providing up to 5,000 W of power. (The waterwheel was employed earlier, but not widely or in a modern sense.)

What took over a hundred thousand years to move from 100 W of manpower to draft animals and their approximate 350 W of power only took four millennium to reach the technology of the waterwheel. As slow as it moved it was still an improvement. Progress was slow because people needed to expend all their resources to survive. Draft animals allowed more land to be tilled which meant more people could be fed and better.

The pace of energy use expanded rapidly. Life was still harsh for many people, but the goods and services available grew as more prime movers grew more and more powerful. Subsistence living was declining. Life was still hard, yet more people than ever had a better diet. Also, more people than ever before were able to live an upper class lifestyle. As power use increased due to technological advancement, fewer people had to work to cover the basics of living for the entire community.

The rate of increase accelerated until 1960 when the largest steam turbine reached 1 GW of power.

The more technology increased the power of a single prime mover, progress advanced in efficiency.  The first draft animals could replace three or four men max. By the 19th Century better harnesses and certain horse breeds could do the work seven or more men.

Waterwheels increased in size and efficiency until steam turbines were invented, catapulting the power available in one unit (prime mover) to unheard of levels. 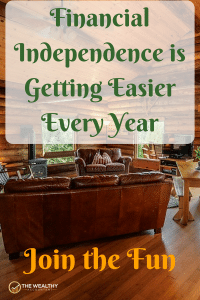 Thermodynamics places a limit on the maximum power that can be extracted per unit of coal or other energy source. Steam turbines also have theoretical maximums. The first steam engines were extremely inefficient. Advances in efficiency were slow at first, increasing faster until the gap between best performance and the maxima narrowed.

The first steam driven machines operated at less than 1% efficiency to over 40% today! While 40% seems like there is lot of efficiency left to wring out, there is only modest possible improvements available.

Home heating has come even further. Heating a hut with grass or dung has serious disadvantages. Wood was a major improvement once tools were invented to cut trees versus the limited supply of branches available on the ground. Early gas furnaces enjoyed 40% or less efficiency; today homes have gas furnaces up to 97% efficient.

The Ease of Wealth

We will now switch from the historical use of power to how the above information yields increased ease in acquiring financial independence.

It seems like wages have been stagnant forever while prices continue to climb. The data tells a different story.

Adjusted for inflation, wages have been flat for at least 50 years (see chart)! Before anyone become alarmed, know that wages are what drive inflation. When wages increase it eventually is reflected in the prices of goods and services, kind of.

Natural gas and gasoline prices have been steady to lower over long periods of time, adjusted for inflation (see charts). Natural gas has been up and down, but is basically unchanged since the mid-1990s even before considering inflation or the unadjusted growth in wages. All this while vehicles are larger than ever with more gizmos and home gas furnaces are the most efficient than they’ve ever been. 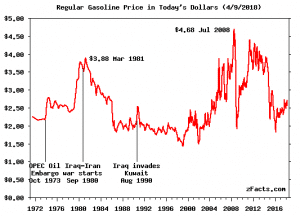 Inflation causes the most angst. In 1913, when statistics were first kept in the U.S., the CPI-U started at 9.8. The latest CPI-U (April 2018) stood at 250.546. What cost a dime is now 25 times more expensive. The average worker earned around $300 per year in 1910! (A competent accountant could earn $2,000! I would like to think I’m competent so, adjusted for inflation, I should make around $50,000. Looks like this competent accountant is doing a bit better than expected. Bet you are too.) In 1918, after the inflation of WWI, the average household earned $1,518, which is, adjusting for inflation, less than the average household income today.

Inflation is real and affecting household budgets. But while prices are increasing, wages are oscillating around the baseline, adjusted for inflation. At first glance we might be depressed to learn we’ve made no progress. However, wages and inflation only tell part of the story.

A hundred years ago many homes lacked indoor plumbing. We’ve rectified that problem since. Electric appliances have been added to the daily luxuries of life. Over the last 30 or so years we have added computers, internet and smart phones to our list of luxuries. You’re probably reading this on a smart phone.

Natural gas prices haven’t moved at all while wages and efficiency have continued to climb.

Increased efficiencies are where most of our increase in living standard comes from. Wages mimic prices as efficiency keeps rolling along. Energy costs have gone nowhere fast over the last century. But what we do with that energy has changed radically. Heating our home takes less than half the natural gas of 50 years ago. Of course, our homes are twice as big so we’re still broke. The electricity needed to light our homes has decreased to such a level that it is an insignificant part of our budget.

Money for Nothing: FI for Free

Frugal today is nowhere near what frugal was a century ago! What we consider austerity would get us laughed back into our time machine if we had such a machine to transport us back in time. Most households spend less than 10% of household income feeding the family. There was a time not that long ago when 50% or more of the budget went to feeding hungry mouths. Back then the house didn’t glow at night the way our cities do today.

As technology allows us to utilize energy resources like never before, we have a lifestyle never before enjoyed by any species in history. And it gets easier to reach financial goals!

Once upon a time all but a few worked till the day they died. A select few, very few, enjoyed a life of luxury supported by the backs of the masses. Then draft animals were put to work, allowing for a larger population and a better diet. Later coal, oil and gas powered the turbines of industry and heated our homes. More work horses (steam turbines, et cetera) meant we could delegate the most back-breaking labor to machines. We went from nearly 100% of the population working in the fields to under 2%. The freed labor did other things. Many spent more time in educational pursuits; some did nothing at all, choosing to live longer with mom and dad.

Some lived frugally for a few years and retired early.

In the U.S. 49% of the population works a traditional job. That percent has probably crept up in the last year so we might be over 50% as of this writing. Young children and the old are understandably unemployed. Still, of working age adults, we are near the multi-decade low labor participation rate. What gives!

The answer is rather simple. Our use of energy resources continues to become more efficient while wages remain stable and prices are moving in tandem with wages over time. Productivity slowly grinds higher. After centuries of progress, the cumulative gains have made it possible for large numbers of society to pursue other interests. Food is plentiful thanks efficient use of energy. Even with half the population not engaged in traditional employment, we still have abundant food, shelter and clothing.

Financial independence keeps getting easier and the trend will remain intact! There is no excuse to not have financial wealth. None. We are so rich today with abundant resources and technology we can throw away massive amounts of money on interest to support debt. This is unheard of in history. Debt was always considered bad, if not an outright sin. Governments had debt, but regular people who knew better followed the adage: neither a lender nor borrower be.

Mass media has brainwashed us into thinking things are hard. The 2008 financial crisis was not that bad compared to reality of 100 years ago. The Great Depression was bad. The Irish potato famine was bad! When was the last time you heard of a famine in a developed country? It’s been a long time and for good reason. The only reason less developed countries starve is because they have not implemented the prime movers the way developed countries have. Once you use the energy resources efficiently you can move food from any part of the planet to wherever a drought or blight is affecting crops.

We live in an age of abundance like never before. We need to start acting like it. We need to feel grateful for our largess. It’s easier than ever to save a massive percentage of our income and invest it safely into index funds. You can retire early with plenty of financial wealth because you live in the most awesome time in history. All thanks to the never ending increase in energy utilization and increasing efficiency of its use.