According to Sheryl Crow you only need one sheet per visit.

Yesterday was April Fools’ Day; it was also Easter. I couldn’t bring myself to pull a prank on the day celebrated by Christians of Jesus’ resurrection. But today is fair game!

To lighten the mood as your favorite accountant traverses the bowels of the late stages of the current tax season I decided to publish something fun. (Well, it was fun to me.) Be forewarned. After two months of sleep deprivation there is something seriously wrong with my head. While I think this is funny, you may not. Of course this doesn’t belong published on a personal finance blog. That’s why I published it.

Have fun with this, kind readers. The tax season finish line rapidly approaches. Nothing scares the bejesus out of you like the mind of a stressed accountant. That’s why it’s so entertaining!

If you pay careful attention you might find a few hidden gems you can secretly use yourself to save money. I won’t say a thing if you don’t.

Sheryl Crow popularized this awesome method to reduce bathroom waste. Not only do you save money, you defend the environment. Considering what TP is used for, limiting TP use might be the least of Mother Nature’s concerns. Mass extinctions have started over less traumatic events.

Once word spread, Crow backtracked on her original recommendation. I’m not buying it! Crow is a one sheet of TP per episode type of girl. I can see it in her eyes. I fully endorse this time honored way to reduce spending by implementing this practice in my household. My team isn’t nearly as psyched as I am. Might need a motivational rally.

I ran across this several times now. If I ever hit my head and decide to take up world travel I’m going to use this idea. As a light packer when on the road this idea resonates with me.

The process is simple. You only need one or two sets of cloths when on the road. You shower with your clothes on, lathering up and rinsing off without the hassle of undressing and dressing! After walking around for half an hour your clothes are dry anyway, except in the tropics where if you started with dry clothes they’d be wet within a half hour.

Think of all the luggage fees you don’t have to pay anymore.

Sure, your moral compass makes this sound horrible, but stick with me. I personally keep partially used hotel soap. Why waste a good product! The goal here is to outright steal the stuff or keep using every bar of soap at least once so your conscientious is soothed. Either way, you can save $3, maybe $4, every year with this one simple habit.

Remember, it’s easier to ask for forgiveness if caught than to ask for permission.

Before you retch, hear me out. We all know people wear clothes longer between washes as they age. Heck, grandpa wore the same sweater for 22 years before it disintegrated off his back! As a responsible blogger I will NOT ask you to go that far. 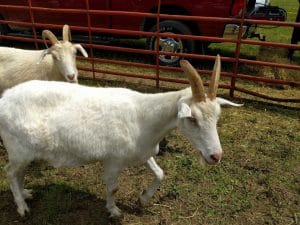 Am I eating your goat?

What I’m suggesting is a planned attack on laundry. If the shirt or pants you wore today isn’t visibly dirty put it to the side for a day or two and wear it to work again. (Don’t wear the same thing to work for a week straight. Co-workers will notice and file a complaint. Yes, I know the smell is all in their head, but who needs the hassle.)

Underwear and socks are another issue. I always go for the sniff test. It’s important you do this right. You can’t just pull off your shorts and bury your face in them (as much fun as that sounds). Walk outside to acclimate your olfactory nerves to freshness before returning to undertake the sniff test. (Note: put on another set of clothes before walking around outside. I’m sure I didn’t need to say that except for maybe 20% or so of readers. If you get arrested for indecent exposure I’m not bailing you out.)

Guys, don’t do the underwear/socks sniff test in front of the wife and kids. Dad, let mom handle her own sniff tests. (I warned you at the outset this would cross the line. You, of your own free will, traveled this far. Don’t blame me.)

The few simple steps outlined here should cut laundering expenses 80% or more in most Western households.

I joke I cut my own wood and cook meals outside as soon as weather permits here on the family farm in NE Wisconsin. My 10 acres of the world has enough trees to keep the stove hot all summer.

Country living makes it easier for me. City living still has opportunities for people willing to think outside the box. Let’s just say every city I’ve ever been to has a t least one park with trees. Need I say more?

If the cops show up you didn’t hear it from me.

This frugal idea is an itch I want to scratch so bad it hurts. The concept is simple. Buy a couple hundred feet of black garden hose and place it on the roof of your house. A few strategically placed nails should allow you to spread the hose out for full exposure to the afternoon sun without the hose coming off the roof.

I was this close to using this money-saver when I had calves. I could have used the God-given hot water to mix the milk replacer for the little guys. Mrs. Accountant caught me with the ladder and the whole plan crashed to the ground.

Summer is once again approaching. Late afternoon hot showers are on the menu. (If Mrs. Accountant doesn’t catch wind of my little plan.)

Before anyone says a word, this is a real thing! They (whoever “they” are) call it “family cloth” and you can buy it on Amazon. Once again we have an opportunity to save the environment and money!

Now I know what you’re thinking, my frugal friends. You think I added an Amazon link to these reusable butt wipers to cash in on the craze. And you’re right. I don’t expect to see sales for any of these things, but if I do I’m calling you out. Got it?

Remember grandpa again. He always said, “If it’s yellow, let it mellow; if it’s brown, flush it down.” It’s a time honored practice preserving the family budget since Julius Caesar took over in Rome. Don’t go against a tried and true method of frugality.

I’ll let you decide when to use the little lever on the side of the toilet.

This one is just plain stupid, as George Carlin would say. Why else would you have a membership? To work out! Really! If I wanted to work I’d get a job. I belong to the gym for the steam room, fellowship (because I don’t attend church as much as I should) and the free showers.

I’m not going to say I never shower at home, but it’s rare. I visit the gym three or four times a week and shower when I’m done steaming, ah, working out. Every time! This saves on the water bill and the cost of heating the water. Smart people like me is why so many gyms go out of business after a few years. Hey! Don’t blame me. They signed the contract too.

Speaking of George Carlin, I’m not alone when I don’t shower every day or not washing my hands after every visit to the restroom. Check out the YouTube link of George explaining when you should and should not wash your hands. It makes perfect sense to me. (I wash after every bathroom visit, for anyone wondering.)

As I researched this post I found a few really neat ideas to save money I haven’t used to date. This one really resonated because I’ve done it! 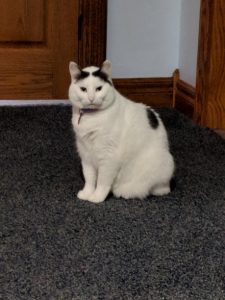 Don’t even think about. If you know what’s good for you you’ll put the BBQ sauce away.

You see, growing up on a farm we understood the value of treating our animals right. Then, after an appropriate amount of time we ate them. You call it hamburger; we called it Blackie or Bess. You call it a chicken wing; we called her Cluck.

Rabbits and other critters graced the menu periodically, too. I wanted to finish this post with an antidote about eating the family cat, but due the rude description in my notes Mrs. Accountant used her veto power to prevent me from sharing that frugal idea with you. You’ll have to figure it out on your own. If you’re as frugal as I think you are you’ll know what to do.

Okay, before I sign off I want to reiterate this is all fun and games. No animals were hurt in the production of this post. Tax season is wearing me down and I’m not normal anymore. My publishing schedule will be lighter until the finish line. Details are available on the Where Am I page.

I also promise to get serious, too. No more pu—, ah, cat jokes.