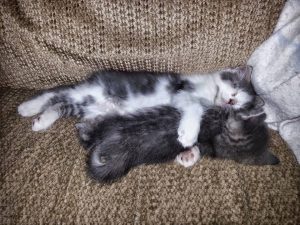 It happens to everyone eventually. Long hours at the office or illness or other stress leads to fatigue. Then you get behind the wheel. Distracted by your own issues, another driver cuts in front of you and you react in the nick of time. Your heart races as you speak in a foreign language consisting entirely of four-letter words.

The other driver waves a quick apology and keeps going. Angered by the mishap, you tell your co-workers about the idiot on the highway. The rest of your day is ruined. At home you tell the wife, kids and cat (if she’ll listen to your ranting and raving) about your early morning near catastrophe.

The next day you’re still irritated by the event of the previous morning. You are rightfully angry. Yet you allowed another human being to affect how you felt for over a day while they went blissfully along unaware you even exist!

Minor distractions happen all the time. A car cutting you off in traffic is annoying, but some people take to road rage. Most often the transgression is unnoticed by the offender! The manic that cut you off, causing all kinds of outrage and stress, goes merrily along without a clue of you are. Yet you still suffered an extended period at your own hands. It wasn’t the other driver who harmed you! You did that all by yourself.

We resent careless drivers, especially if they interfere with our journey. Unless an accident is caused the transgression is minor at best. Resentment is the acid which destroys the container which holds it.

There are times we can’t shake feelings of resentment. Betrayal is worst. When a significant other has an affair the wound cuts deep. When a friend stabs you in the back it is hard to shake it off. Even if the wound can be healed a scar remains.

I recently was betrayed by two people I highly respected. I never saw it coming. I was at a conference when I received a late at night text to visit. The individual who texted had recently discussed a business venture with me so I expected he wanted to move forward with the project. I’m notorious for my willingness to work any hour of the day when business is involved. I texted my room number.

A few moments later there was a knock at the door. The potential business partner brought along a friend I also knew and respected. It seemed odd but I let them in.

The two trusted friends then proceeded to destroy said trust. Mrs. Accountant was in the room as they dissected my life with accusations, demanding a detail by detail explanation. They had an incomplete story and didn’t care. If Mrs. Accountant and I had a less firm marriage they could have caused a divorce. It was that serious.

I was furious! How dare they question me? My personal life is just that: personal. And none of their damn business I might add.

All could have been forgiven up to this point. Misunderstandings happen. You hear a rumor or gossip or read something on the internet where it must all be true and act on the faulty information. Most of us have had moments where we’ve choked on our tongue, present company included. When it’s discovered it was an overreaction you apologize and hopefully move on.

That didn’t happen in this instance. The friend who texted doubled down on the stupid and destroyed the relationship forever.

Near the end of the conversation he said, “If your business and blog are destroyed you don’t care anyway with all the money you have.”

The temperature reached boiling in record time. Let me make something very clear. I don’t do this solely for money. We call that a chump’s game around here. I do what I do because I enjoy it and some second rate schmuck screwing it up isn’t going to make me happy.

My reaction, and it was pure reaction, was to fire from the hip, all guns blazing. I was hurt and betrayed. I wrote a post about it since unpublished. It was terribly written because I was writing in the heat of anger. I was hurting everyone around me over my wounded pride.

I removed the offending parties from social media because I wanted nothing to do with them. I only use social media as part of my business, but I didn’t want to see or hear from these people again. I was cut deep and it wouldn’t stop bleeding. From an enemy I could expect this, but a friend? No, a friend’s betrayal cuts to the bone.

Now it’s tax season and the hours are long and sleep minimal. My natural defenses are weak. Sunday I went to the office for a quiet day of productivity without interruption. Lack of sleep powered with a heavy dose of coffee lit my fire. The anger bubbled to the surface.

Declining blog traffic set me off. I put serious hours in this thing and neglected any promotional efforts after the fateful night last autumn. Long hours and fatigue reached their boiling point again. Resentment rose to the surface when I started crunching the numbers. Traffic dropped from a high several months back to 44.6% lower in the last 30 days.

This blog isn’t about padding my wallet. But money is still an important factor. All the profits are destined for charities. The problem is that the profits are pretty minimal right now so any philanthropy is coming from other sources. I enjoy the writing, but am addicted to the acknowledgement of my efforts. Donations to charities (and a very coveted award I won) express acknowledgement. Without something to give I’m not feeling the warm and fuzzy lately.

For a few weeks now I started to feel like quitting. I’ve joked in the past you can buy my practice at a reasonable price right about this time of year. In August I’m happy as a clam so the price is a lot higher. Now, with constant pain from all the sitting and fatigue, I’m looking for the exit. I need a nap to recharge my batteries and the next scheduled nap is four and a half weeks out. It always hurts this time of year.

I cried on Twitter about the traffic issue. (I’m working on my presidential qualities for the next election.) And I blamed it all on you know who (the midnight visitor).

Anger and resentment set in. My visitors hurt my relationships with other venues. Jealousy happens in all fields, but I was unprepared for the vitriol from people I trusted and respected. And the resentment never went away.

I Thought This Was a Personal Finance Blog?

It is. That is why resentment is such an important topic. The traffic issue is in large part my problem. Out of anger I retrenched. I know I’ll never go back to the route of advancement I was formerly on. Still, even with other opportunities, I dragged my feet.

Writing brings me great pleasure. Even tax work! Long hours can physically hurt, but it’s all worth it in the end. I make people’s lives better and that feels better than all the pain the profession dishes out.

This is where I provide meaningful steps to solve issues of resentment. In the past I would always say something from the Stoic literature. In life I usually just let stuff go. It might bother me for a bit before it dissipates, but before long it is forgotten.

This time was different. Interpersonal relationships cause deeper wounds. Flesh is blown from the body. The wound may scab over, but a deep depressed scar is plainly visible.

What I want to communicate is that you must find ways to cope. I’ve included two YouTube videos I found helpful. It’s important! Throwing away the most valuable things in life over a slight is borderline crazy. Nix that. It’s totally batshit crazy!

There is more for me to share. Writing does need an audience to ferret out the juicy pleasure. Most successful blogs in this demographic have more traffic in a day than I garner in a month. Part of the reason is my lack of desire to use Pinterest and other resources to spread the word. Facebook and Twitter send minor traffic and search engines are just starting to notice. I spend all my time pleasuring myself, ah, doing what I like most, writing, and avoiding things I don’t care to do: promotion.

Now that I’ve written close to 1,500 words about resentment and why I’m currently feeling it, I feel better.

That is my advice. Talk to someone about what is causing your resentment. The one who caused the resentment might not be the best person to talk to about it. The guy you flipped off on Interstate 7 is unlikely to want a stimulating conversation on your feelings.

In relationships conversation is vital. Mrs. Accountant and I have always had a strong relationship. We weren’t luckier than everybody else, experiencing fewer challenges. Quite the contrary. The challenges levied against us would bring regular army to its knees. It is all about the communication.

Keep a journal. Write your thoughts and feelings. Ranting to yourself like the crazy guy who talks to himself as he walks a crowded street is not always effective. It could get you locked up in the loony bin if you’re not careful!

My Sunday at the office wasn’t as productive as it should have been as I wasted time walking the halls ranting over my resentment. It cost me money and got me further behind. Blame it on lack of sleep or whatever. It doesn’t matter! The consequences are all the same.

Writing is better than talking. Writing allows you to think about what you are saying. Writing has a way of getting it out so you finally get some closure.

If you have been cheated on, abuse or betrayed, write about it. Get it all out! The sooner you do, the faster the healing can begin. Yes, there will be scars. Yes, it will still hurt. But you will learn to deal with it and get the pain out so it can scatter to the wind.

The only thing you should never do is publish your rant. You don’t want the public to think you are that crazy guy walking the street talking to himself. Worse, you could get a midnight knock on the door of your hotel room.