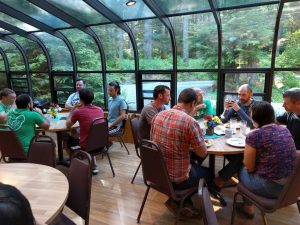 Sunday service at the Church of FI.

Back in the old days the FI (financial independence) community was a different place. Advice was simple and straight forward. King Solomon reminded us to avoid lending or borrowing. Nearly half the parables of Jesus have to do with money and wealth.

The simple message sold well. So well in fact it became ingrained in religious dogma. The goal was honest. Work hard, save and you will enjoy your old age.

The old school in the Church of FI made the most of a basic message. The advice and values were handed down generation to generation. It lasted for one simple reason; it worked!

The early FI community didn’t have a cool name to draw a crowd. Solomon had proverbs and Jesus had parables. Short stories with a powerful message were the perfect device to hand down important information through the ages.

The early days of the Church of FI are similar to the early days of Christianity when there was a Catholic church. The learned may recall the word catholic (little c) means universal. The Catholic Church was therefore the universal church of God. There was one message, one literal scripture, one true triune God. The FI community for millennia was also an all encompassing philosophy.

Some philosophical movements contained the truths of FI, but had other motives. Sophists, Epicureans, Christians, and let’s not forget the Stoics. But that isn’t what our story is about today. Today we will explore what happened to that FI community of old and how is survived (so far) to become the cult classic so loved by business media outlets everywhere.

The Eve of Reformation

If something is working fine, break it to see what makes the darn thing tick. You know, like killing the goose that lays the golden egg so we can mass produce the goose.

For thousands of years the perfect FI message did the job it was intended to do. But as the Industrial Revolution convinced man he could do better a more scientific approach was needed. By the early 20th Century intelligent men were popping the hood to figure out how the goose laid that darn golden egg. 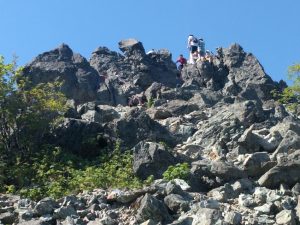 The path to the FI temple is filled with obstacles.

In 1926 George Clason gave us The Richest Man in Babylon. The story resonated because it basically outlined the same message from the ages. The message delivered in parable was also comfortingly familiar to the more religious time. The story of how a rich man saves money boils down to “Pay yourself first”. It worked back then and works now! Our ears find familiarity in stories advising to save first and spend what is left rather than the foolish other way around.

Now that the ice was broken it was time to dig deeper into the details. Dale Carnegie showed us How to Win Friends and Influence People in 1936 followed by Napoleon Hill’s Think and Grow Rich in 1937. Hill also did something unheard of up to his time. He researched his topic by interviewing the wealthiest people of his time: John D. Rockefeller, Charles M. Schwab, Henry Ford, Thomas Edison and more. The scientific genie was out of the bottle. The goose lived and we now knew a bit more about how those golden eggs were produced.

The scientific revolution in wealth creation brought a new wave of FI leaders willing to spill the beans. Ben Graham published The Intelligent Investor in 1949 and the world has never been the same. Graham’s great disciple is none other than Warren Buffett who proved you can do very well stuffing your money in equities.

More and more books and seminars were to follow. No one had a clue a schism was on the horizon in the FI world. The Reformation was here. The Catholic Church would survive, if smaller, and would never be the only game in town to protect souls, ah, financial fortunes ever again.

Ever since the reformation of the FI community took place scholars have debated what caused the schism. Some say it was boredom, others our advancing way of life and technology. Me, I say it was the internet.

Before the internet you had a limited avenue to spread your message. Printed material and word of mouth dominated. Television and radio allows for a broader audience, but these forms of media needed a message with mass appeal. Save money! The majority of people didn’t want to hear it. Besides, you can’t take it with you.

(Yes, kind readers, the tone of this post has changed. I set the scene and now my warped sense of humor is bubbling to the surface where I wanted to end from the very beginning.) 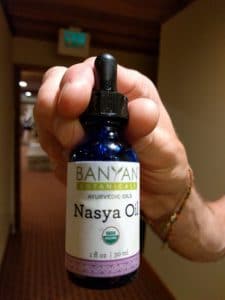 Ointment for the anointed.

The internet changed everything. Never before could a young man see a naked, ah, sorry wrong story.

The internet allowed every niche an audience. If you had an interest in conspiracy theories you could now spend all day on YouTube and websites conspiring until you bleed from every orifice. And people didn’t mind since you were comfortably locked in your mother’s basement.

A lot of false starts dominated the early internet days. Several blogs found a following in the FI community, kind of.

You see, the blogs weren’t true canon. The Church of FI had a specific set of rules handed down by God to Moses and passed along to us. The internet gurus were NOT following the rules. They added something to the text! HERETICS!

What is it they added, you ask? RE! Yes, RE, as in retire early. This was the greatest sacrilege in the history of FI! FI was now FIRE to many, as in hell FIRE if you get my drift.

Wealth was always important to the Church. (How else you gonna toss some coins into the plate on Sunday if ya ain’t got nothing to toss in?) Work ethic ranked nearly as high as wealth. This crazy notion of retiring was heresy. Work was good for the soul. Retirement was for old worn out people. To retire before you were practically dead was more than the Church could handle. It was time for a few excommunications, as if that ever worked.

The ninety-five theses were spiked to the church door for the world to see. A few fearless crusaders broke from the catholic church of FI to create the FIRE community. We’ll call them Lutherans in honor of Martin Luther and his behavior back in 1517.

The Lutherans embolden a whole new crew of people predisposed to FI thinking, but preferred a less rigid orthodoxy from the catholic faith. These crazy religious fanatics took the RE thing the nth degree. Most loved the RE idea, but needed something to fill the empty spaces. A large number wanted to fill their days with a side gig or start a business. In essence they traded one job for one they could be boss in. They became the person they loathed at their day job.  These guys are the Baptists and Episcopalians of the FI world. 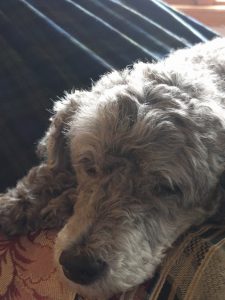 The Church of FI mascot.

Then we got the true whack jobs who thought they would gallivant around the world. These FIRE people couldn’t wait to break out of their cubicle and get on a plane/boat/car to go someplace else. This group splintered fast into even more sub-sects of the shattered FI religion. One group traveled the world; another enjoyed travel closer to home in an RV or even ditched a terra firma home for the RV. Most FIRE community travelers found ways to hack the system with credit card rewards. Travel was virtually free and certainly cheaper than living in a normal house. These folks are the FI communities Mormons and Jehovah’s Witnesses.

I saved the best for last because it is the smallest (and newest) sub-set of the fragmented FI world. Yes, these are the people who reach FI, refuse to quit, keep working their day job or business and enjoy home life with nary a thought given to travel.

Your favorite accountant falls into this last category, I’m sad to say. Travel is punishment to me and my kind (grammar police can send their comments to. . .). I wake up early, excited to get to the office. I love my work life and am fulfilled by it. I create value in my daily duties and as a creature of habit prefer to keep doing what I’ve always done. I guess that would make me the Westboro Baptist Church of the FI world.

My kind is wont to carry signs outside FIRE conferences where they make their travel plans and other such acts of sacrilege. We picket airline counters and RV centers wearing burlap on a regular basis. We’re a fun bunch of guys when you get to know us.

We also think we’re purists! Our Westboro Baptist Church is closer to god and the real FI community of antiquity. We work hard at our job or business and come home to our farms and workshops to build stuff with our hands. We think we’re better than you and we are! Dammit!

(The meds kicked in so we are back to our serious voice now.)

I hope my attempt at humor made you smile. The humor part of this post IS a parable of sorts (in a sick religion). The FI community is more than just a bunch of frugal people working to improve their minimalist skills. Members of the Church of FI have different levels of comfort along the frugal scale. Some bike everywhere while some stay attached to their car habits. Some are minimalists living with virtually no belongings. Others try to live on a set amount of money each year; say $25,000 or less (U.S dollars, living in the U.S. or traveling).

Conferences and meet-ups are now everywhere! You can meet fellow FIers around the world. Very few weeks exists anymore where you can’t attend a FI/RE gathering.

Unfortunately there is one part of the community who will not be there. Yes, the Westboro people love the community and its values, but would rather stay at home with family and local (versus loco) friends. If you plant a FI gathering close to their home they might attend. Maybe.

The FI message didn’t always reach the masses in the past. The message may not have resonated. With the FI schism we are a more diverse group than ever. All races, creeds and genders are represented and welcomed.

As we open our doctrine the old canon is expanded. FI/RE had a slash between them in the past. The catholic church didn’t care much for the protestants and the same applied in the return direction. Soon we realized we all worship the same god: FI. The catholics (FI) and the Protestants (RE and all their cousins) are back together as one (FIRE).

It’s a wonderful place, our faith. All are welcome.

The next time you hear a knock at the door, answer it. When you open the door it might be two young people who say, “Can we talk to you about our faith in financial independence and early retirement?” Do yourself a favor, let’em in.

(I know how easy it is to offend writing a post like this one. No offense was meant to anyone’s religious faith. Please enjoy the humor and consider the message. It’s important enough for me to stop picketing airports.)