Dealing with the Emotions of a Volatile Stock Market 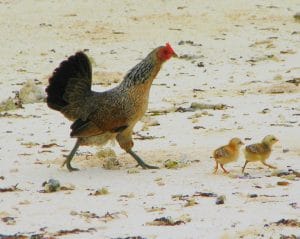 Recent volatility in the stock market has people reassessing their appetite for risk. Investing in a bull market is easy as it seems the only way equities go is up.

The recent bull market has an added way of lulling people into a false sense of security. Last year many indexes never saw even a 5% pullback even once. Some didn’t see a 3% decline at any point! This is a highly unusual situation confirming for some people the stock market doesn’t test your resolve as often as it does.

In the past week we’ve had a > 5% intraday swing in the market indexes. Many individual stocks had even greater moves!

The first shock wave most investors put on a brave face. The constant chatter on social media meant it was all an act. The market caught people’s attention.

The broad market didn’t even close down 10%, a level considered a normal and expected pullback in the broad market, before the clichés were pulled out.

I didn’t Lose Money Because I Didn’t Sell

This is the stupidest thing I hear every time the market pulls back or a correction is discussed. If you don’t sell you don’t have a taxable event, but your net worth has declined!

If you believe stupid clichés to keep you from making bad investment decisions you might want to consider money market accounts before you experience a bloodletting.

There are people who refused to sell Enron. They NEVER actually sold Enron. Does that mean they never lost money? Heck, no! The Enron Scandal destroyed many life savings. Not selling didn’t make it better!

Granted, index funds are different from an individual stock, especially Enron. But the lesson is learned. Whether you sell or not doesn’t change the fact your investments declined at least temporarily.

The worst part about these old worn out clichés is that it focuses your attention on the wrong details.  Refusing to sell because you know it’s the wrong thig to do in a down market is radically different from thinking about what you SHOULD do!

I agree, panic selling is a bad idea. But BSing yourself into thinking you haven’t lost money when your portfolio dropped $87,000 is industrial strength stupid.

Another line of reasoning has people backtrack to the last time the market traded at the lower level and then saying if they hadn’t checked their account since then they wouldn’t even know the market went through a conniption fit. But you do know and your brain is in overdrive trying to preserve the previous old highs!

There is a better way to look at the stock market when it declines. Instead of focusing on denial (refusing to sell in a down market only to succumb when it gets super bad at the ultimate low) focus on value.

The underlying value of the businesses you own a fractional share of (that is what stock ownership really is if you didn’t know) probably didn’t change much in value since traders blew out their backside timing the market.

Once a decline begins a lot of selling is forced by margin calls! Sanity or reality has nothing to do with it. Leverage increases risk magnitudes of order. When you borrow to invest it’s not if, it’s when the boom will be lowered. Pray to every god ever known you don’t get lucky the first time using debt. Debt also magnifies gains. If you win the first round you are either addicted or lulled into digging in deeper next time. Either way the carnage will also be increased.

I hate it when people say they refuse to sell into a down market. Has anyone considered putting new money to work during a decline? Just asking.

There are tricks, games you can play, to reduce the sting your psyche experiences, especially when you are starting out. We’ll go there next before we discuss good reasons to sell.

My 18th birthday came less than month after I graduated high school and I couldn’t wait. I had a veeeery modest nest egg in a passbook savings account (remember those) at the bank. Shortly after I reached the age of majority I pulled most of the money out and dropped it into growth & income funds.

I timed my age perfectly. In August 1982 the market took off like a streak and never looked back. Until 1987.

Even in an advancing market there are down days. As the 80s bull market got longer in the tooth volatility increased. Record highs meant larger point losses if not actual percentage records.

Not immune to the emotions of market moves I knew I had to find a way to short circuit my brain to avoid the fear and pitfalls of down days.

I devised a game from watching my account grow. A down month was never as bad as the overall market because automatic deposits muted the losses. Up months really looked good! Using an old spreadsheet (I think actually used Excel 1.0 at one time (gawd, I’m old)) my account values took on a stair step pattern as each new investment jumped the account value and dividends kept ratcheting higher. 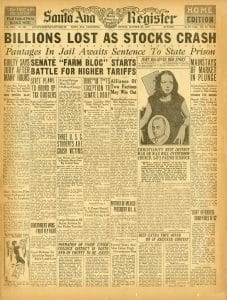 My game only works with small accounts, but it sure helped me when I was building my first million. What I did was this. When the market declined I would do everything in my power to increase new investments so the actual value of the account didn’t decline.

An example would be if I had an account value of $100,000 and the market pulled back 3% I would try to add at least $3,000 of new money during the month. I worked hard to always keep my account value at the old high water mark.

The game was still the same. I might not offset the whole market decline, but I sure put a dent in it.

Market volatility increased as the bull market aged. I wasn’t a millionaire at the time, but my accounts worked deep enough into the six figures to make constant investments as the market declined from a top in August to the gut-wrenching losses of October more and more difficult.

I’d be lying to you if I said I controlled my emotions during the market turmoil of 1987. My guts were a disaster. The only good news I can report is that I was so scared $hitless I never sold. I was numb all over. At least I did my job keeping the economy afloat with regular purchases of Fruit of Loom.

What I didn’t understand as a young adult was that my game actually prepared me to think about market prices differently.

Market declines were not about willpower NOT to sell, but rather an opportunity to reassess value.

In down markets there will be companies on sale. Not all of them, but a few.

All those mutual fund/index fund investments also go just a smidge further in a down market, too, buying more shares with each dollar invested. The other game I played was to track the number of shares owned. Philip Morris might be down, but I still own my pro-rata share of the company. That part is mine. My part of the revenue; my part of the assets; my part of the profits; my part of the dividends.

Strangely, the dividend stream never dipped much so I changed my game as the account values increases to add new money to maintain the income stream only.

Smart people will tell you to never try timing the market. I think I’m a relatively smart guy! It could be delusion, but it’s my fantasy so I’m sticking with it.

In late January I mentioned on social media (Facebook) that I moved to my highest cash position in my adult life. I was promptly jumped for market timing. A few days later we had the current market pullback.

So what gives, Sir Accountant?

Well, in my defense, I wasn’t timing the market. My gains over the last decade have been nothing short of astounding. Second, when I calculated the discounted future value of earnings with higher interest rates due to the tax law changes the numbers no longer added up.

My timing wasn’t timing! And even if I was so lucky to time the market so right I still need to pick the right time to jump back in!

For the record, I didn’t sell with the intention of buying back at a lower price.

I sold because the value of future earnings were not high enough to keep eight figures and over 80% of my net worth in index funds and individual stocks.

Since the market DID decline I might return some of the money from where it came. A 5% decline isn’t enough to change my mind. Now if we see blood flowing in the streets I might bite. It’ll take at least a 20% decline to accomplish that. I’m not holding my breath.

I hope this ends all discussion of my mighty stocks timing skills which I don’t possess.

What to do and Where To

So what should you do in volatile markets?

The broad markets have always come back and always will. If I’m wrong there will not be earth to live on so it will not matter. You’ll have to sue me after the collapse of civilization if I’m wrong.

If you are a millennial and your account is small enough, try playing my game. Cut every possible expense and add to your regular investments until your account value has little or no change.

If your account is getting bigger play the first game with an eye toward keeping the dividend stream pointing north. This is easy so far as dividends are rising nicely as I write.

I sometimes tell people not to look at their investments when the market falls, but I am assuming there are no adults in the room. I recommend you know exactly where you stand so you can make intelligent decisions like adding extra to the pile while stocks are on sale. And it’s okay to have cash available for just such an event. Some crazy accountant from Nowhere, Wisconsin told me that.

The best way I know to visualize your holdings is with Personal Capital. The best part is there is no cost to open an account and kick the tires. Seeing your investments performance live can provide additional encouragement to play the games I outlined above.

Negative attitudes about declines are caustic! Willpower alone will not help you sleep at night and may actually get you to wait for further declines before selling! Playing a game with your mind to recognize value is a powerful tool.

The last thing I want to touch on is what I plan on doing with the cash balance I built in January.

There are alternative investments available for those in the know. One investment I’m testing is PeerStreet.

This is only one alternative investment I’m considering. With the better part of eight figures in cash I’ll need a few more ideas. I’ll share them when I know more.

I’ll be publishing a PeerStreet review, but there are compliance issues. PeerStreet is only for accredited investors (PeerStreet has the details on their site if you follow the link above). Once PeerStreet’s compliance department grants permission I’ll share my review..

So there you have it. How to control your emotions when the world turns into a raving mad mob of Chicken Littles.

Anyone up for a friendly game?