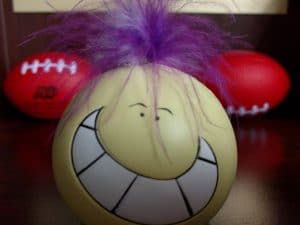 The recently passed tax bill signed by the President is the largest change to the way Americans and businesses are taxed in over 20 years. Starting January 1, 2018 the new rules take effect, but there are several considerations before we retire 2017.

The biggest issues involve the changes to itemizing and the limitations placed on deductions of state and local taxes (SALT).

The standard deduction has been increased while personal exemptions have been eliminated. This means itemizing will be harder to do until the temporary provisions (corporate tax changes are permanent while individual changes are in effect until the end of 2025 where they revert back to the old rules) expire, are extended or made permanent.

The biggest issue is the limitation of SALT to $10,000 annually. Again, considering a married couple, if you are limited to $10,000 in SALT, where do you have enough deductions to itemize? Mortgage interest is a big one, but even that is limited to $750,000 of acquisition indebtedness versus $1 million under the old law, plus a small amount for home equity interest. (You read that right. Home equity interest is no longer deductible on January 1, 2018.) At today’s low interest rates taxpayers in states without high real estate prices will see less opportunity to itemize. 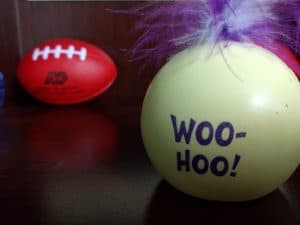 Charitable deductions are an option if you are inclined to contribute. At least the new law allows a deduction for cash contributions of 60% of AGI, up from 50%. Excess contributions to charity are carried forward up to five years, same as with the old law.

Medical deductions are back to the tax law from a few years back where expenses above 7.5% of AGI are allowed.

Some taxpayers will feel real pain from the loss of miscellaneous itemized deductions. Traveling sales people and others with large amounts of unreimbursed employee business expenses will feel the pinch.

Without a large mortgage itemizing gets difficult. And the allowable mortgage interest is curtailed. No matter how you look at it, itemizing will play a smaller role in the future of tax preparation.

There is a one-time window to deduct SALT without limitations (with the exception of the alternative minimum tax and phase-out rules).

Many taxpayers will benefit from paying their property taxes before the end of the year (you can thank me later for giving you plenty of notice (I’ll blame it on Congress when you do)).

Since SALT is limited to $10,000 per year starting January 1, 2018, paying property taxes now are an advantage in high tax states.

Also consider paying your 2017 state estimated tax payment due in January before the end of the year. You can also make a 2018 estimated payment (ES) prior to the end of the year. You only need to pay the state ES payments early because only state taxes are deductible as an itemized deduction on the federal return. Pay as much as possible in 2017 for 2018 to maximize the benefit.

The alternative minimum tax (AMT) didn’t go away, but is, ahem, minimized for 2018 and after. Prepaying taxes can cause issues that mitigate the benefits. As a general rule, if you already are paying AMT the strategy I’m outlining may not work. If you aren’t paying AMT on your latest tax returns you might be okay unless you were right at the line. Covering AMT is beyond the scope on this short post. Talk to a tax professional if you have any concerns.

I intentionally avoid business tax issues in this post, opting for advice beneficial to individuals, including year-end strategies.

As mentioned above, AMT is unlikely to be an issue for many taxpayers after 2017 as the exemption amount has been increased to $109,400 for married couples filing jointly and $70,300 for single and head of household filers.

The phase-out of itemized deductions has been suspended until December 31, 2025. Considering all the other limitations individual taxpayers face in the new tax bill, phasing out itemized deductions would be rubbing SALT in a wound. (Yes, I intended that pun.)

529 plans, the college savings accounts, have been expanded. After December 31, 2017 you can withdraw up to $10,000 to cover tuition (and only tuition) expenses for elementary or secondary public, private or religious school. (I want to see the politicians putty knifed off the ceiling a year from now when somebody (perhaps me) publishes the amount of tax avoided to send kids to a Muslim school. These will be interesting times, indeed.) 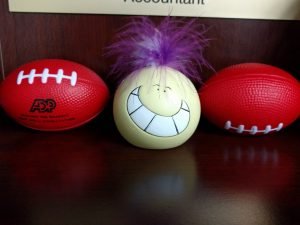 Personal casualty losses are limited to federally declared disaster areas. Uninsured losses outside declared areas are not deductible under the new law.

Exclusion for qualified bicycle commuting reimbursement: Gone. (Mr. Money Mustache will not be happy when he finds out.)

Alimony is still deductible for old divorces, but a divorce finalized starting in 2019 does not allow a tax deduction for alimony. Alimony is not reportable income for divorces starting in 2019 either. (I recently concluded a massive alimony case against the IRS after fighting for two years. We kicked the crap out of Revenue for a very sizable refund for my client. There is an outside chance it’s my fault they included this in the tax bill as a result.) (You know I’m kidding? Right?)

The health insurance mandate is gone in 2019.

The inflation index has been changed to the chained CPI-U. All you need to know about this is that Congress wants a smaller reported inflation number for tax issues so more money gets taxed in the future. Old tax guys like me know why President Reagan introduced indexing to taxes in the first place. Reagan must be turning in his grave!

Good news! Student loan interest is still deductible up to $2,500.

Many readers will benefit from paying their property taxes this year instead of the due date in 2018. Making ES payments due in January 2018 in 2017 will avoid the limitations of the new tax bill. (See note below.)

The New York State Tax Department emailed to remind me Governor Cuomo signed an emergency Executive Order allowing payment of 2018 property taxes in full or part in 2017. (See note below.)

For New York you need to contact your tax receiver to determine your property tax payment options.

Wisconsin already has their 2018 ES forms out. Check your state tax department for ES forms.

As you can see, the new tax bill doesn’t do a lot for individual taxpayers. If you are lucky you hit it right and benefit. If your luck is less than reliable you might even see a tax increase. Most individual taxpayers will see only modest reductions in tax liability unless they have a high income.

In the near future I will present additional ideas to optimize personal taxes under the new tax bill. Unfortunately, the best ideas will go to business owners in the new world order.

Then again, if you give me enough time I might figure something out beneficial to all parties involved. There are a lot of holes in the Swiss cheese tax bill.

Note: I no more than hit the publish button and went to work when the IRS issued clarification on pre-paid property taxes. The IRS released a statement saying property taxes may be deductible if they are assessed AND paid in 2017. That means my idea of following the states who were allowing the activity by extending the strategy to estimated payments will not work unless you want to take your chances in Tax Court (not recommended).

Here is a CNBC article on the IRS release.