The Slow DRIP to Massive Wealth 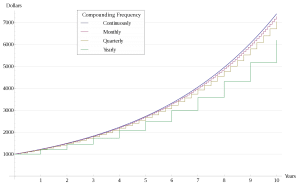 Back in the 1980s and 90s a company advertised heavily promoting dividend reinvestment plans (DRIPs). The commercial looked like a staged radio show with a woman telling the audience no one has an incentive to promote these great programs to invest in the biggest companies in America.

I don’t know if the companies with DRIPs had an incentive or not to promote them. They were usually a commission free way to invest in dividend paying stocks. All I know is the woman in the commercial had plenty of reasons to promote these programs.

Her company provided the conduit into DRIP investing. DRIPs usually required one share to start. The woman’s company charged $15 or $20 per stock to get you set up. You paid for one share of stock in the company you were interested in plus their fee and waa laa, you were in.

After that you could send money in any amount within the guidelines of the DRIP you were invested. Dividends were also reinvested. This meant you had fractional shares of the companies you invested in. That wasn’t an issue to me. The real advantage was the ease at investing money as I had it.

It’s been a long time since I watched TV so I don’t know if the company I saw all those years ago is still around or advertising. Time has washed my memory of the company’s name handling this.

I ordered their packet with a booklet of all the companies with a DRIP. I did something stupid then. I picked 12 brand name companies without any real research and ordered my one share of stock so I could add commission free any time I wanted.

Trading commissions seem low now, but back then it could add up. Also, buying $1,000 of stock meant a small commission was still a large percentage of the investment so the DRIP idea made a world of sense to me.

I already owned Philip Morris (now Altria) at the time and MO was my first DRIP selection so I could compound those massive and growing dividends. Some choices were good, some not so much. I joke I’d rather be lucky than good any day of the week. Johnson & Johnson, Wrigley (more on this pick in a moment), ITW, Paychex and Alfac were solid choices. Wrigley was special. Every year they not only increased their dividend, but also sent a box of gum each year around Christmas. Then Warren Buffett gave Mars Corporation the money they needed to buy Wrigley for cash. There went my free box of gum each year and juicy dividend stream. If you’re reading this Warren, Go to hell!

I made some bad choices too. I bought General Electric. The stock had a good run back in the day, but underperformed long before the current debacle.

A Blind Sow Finds an Acorn Once in Awhile

While the Hershey’s DRIP investment did well, other languished. My goal was to pick well known brands with a history of increasing dividends. When I say I did no research that is a bit of an exaggeration. I research by default without even trying. I had an idea which companies I’d be buying. All I needed to know was if they had a DRIP.

Prior to the DRIP plan part of my investing life I kept my brokerage account with Valley Bank, a local bank since bought out. I also owned mutual funds at American Funds. I put virtually all my money in Growth & Income. There were other brokerages around, but the local bank has nearly identical commissions and I could walk into their discount brokerage office any time I wanted. 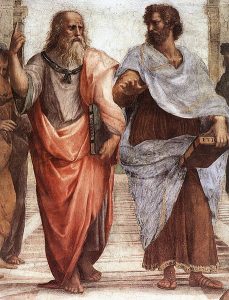 My investments always seemed to do well, especially if you waited out the few temporary market setbacks during the last thirty or so years. A few dogs reared their ugly head, but then it was back to the steady climb higher.

The DRIP put my investing into hyper-drive. Now I could invest anytime I had $25 or $50. I sent checks to several DRIPs I participated in every month; sometimes multiple times a month. It was an addiction watching the share balance grow.

The only problem I saw with DRIP investing was recordkeeping. If a guy started selling and buying often tracking basis would become a nightmare.

I never sold so all I needed to do was track the purchases and reinvested dividends. I entered all the data in an Excel worksheet. I remember days when I highlighted data and created charts with a jagged line trendingupward at an ever steeper rate. Every dividend increase created a jag higher in the number of shares owned. Each quarterly reinvested dividend was a pay increase as the new shares created a slight increase in the total dividend received the following quarter.

This jagged line racing to the moon encouraged me to add money the second it graced my paw. I became so frugal I was spending under $10,000 per year, including my mortgage! It was the 1990s and early 2000s, but that was still some mighty frugal lifestyle. I never let on why I was so tight with my money to Mrs. Accountant, but now that I’ll read this to her prior to publishing I might have a bit of explaining to do. All I can tell you, kind readers, is it was better than sex watching those share totals climb relentlessly.

Some would argue I needed therapy back then. I’d agree. There is ample evidence I need therapy now, too. My living expenses climbed slightly over the years to placate Mrs. Accountant and to stop being “an embarrassment to the family,” as my parents made my lifestyle choices clear to me were.

But, boy did I amass a fortune in the process!

Eventually the recordkeeping got old. Some stocks needed to be disposed of so I winnowed the list. Wrigley was stolen from me. (I’m still pissed at Warren. Jesus, guy! Didn’t you have anything better to do with your time?)

Valley Bank and their brokerage arm were long a part of history. I moved a large chunk of money to E-Trade and eventually found most of my mutual fund investments finding fertile ground at Vanguard.

I still added excess cash to the deck, but my lazy nature was asserting itself. Cash kept piling into index funds. My guess is Vanguard considers me a quality client.

E-Trade holds several accounts for me. One is a mad money account where I can play with ideas and do really stupid stuff with $50,000 or so. They also hold two minor retirement accounts (it’s a long story). Then I have my serious money in individual stocks.

The market has been so good for so long the mad money account is turning more serious.

The serious money account is disturbing the account balance is so high. My net worth figures floating around the internet from a while back is getting outdated and low. I’m waiting for a nice correction back to reality so I’m not updating my net worth publically for now.

A DRIP of Honey

I miss my DRIP investing days. It also irritates me my Atria, Philip Morris International, Aflac, Wells Fargo and Apple dividends are not reinvested. I don’t get a pay increase four times a year anymore and it hurts my feelings. Kind readers, you have no idea what a spectacle a crying accountant is!

Dividends eventually get reinvested, but there is a small commission to buy stock even at E-Trade. Cash sometimes piles up like currently. (I can’t pull the trigger buying companies when stock prices exceed my valuation of the company plus a margin of safety.)

E-Trade has been redesigning their site lately. They messed around with the Portfolio page a few times this year. The latest redesign has a button near the ticker symbol on the Portfolio page where if you hover over it basic information on the company pops up. It’s an interesting tab if you obsess about every friggen tick of the stock price. Otherwise, it lists the latest news items, a stock price chart and not much else of value.

Or so I thought!

Earlier this week I was checking up on my account and accidentally hovered my mouse over the icon on the Portfolio page. I quickly went to move away when something caught my eye.

There was something about a dividend reinvestment plan!

I went to work checking this out. My guess is this has been available on E-Trade since 1894, but I was too stupid to know about it or even inquire. 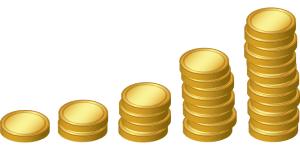 Trading fees are so low nowadays as to be background noise at best on a cloudy day. My excitement isn’t about saving $10 or so. My excitement is over the automated process of reinvesting dividends.

Most people get caught up in their account value. Not me. I collect shares! My share total never goes down unless I make it go down by selling. When dividends are automatically reinvested it turns dividends into a compound wealth machine. And each quarter the dividends are reinvested means I have more shares earning even more dividends the next quarter. It’s like getting a pay increase four times a year!

E-Trade allows fractional shares with their DRIP, just like the old DRIPs I used. All my money goes to work immediately!

As many of you know, I have a lot of Altria and Philip Morris International. Altria alone coughs up twenty-four and change each quarter. This means the DRIP at E-Trade will increase my dividend with Altria several hundred dollars each quarter without Altria increasing their dividend.

I know somebody in the crowd will tell me to settle down, saying, “Accountant, this has been around since Christ walked the green earth.” Maybe so, but it’s new to me! And I bet if it’s new to me it’s probably new to a few readers as well.

I can feel the sickness returning. Soon I can produce charts again with a jagged line crawling to the stars.

Only this time E-Trade will do all the recordkeeping for me.