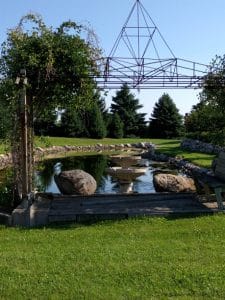 I have some good news and some bad news. The good news is a certain unnamed accountant will do rather well over the next several years with the new tax code. The bad news is you will not.

As for me, I was busy enough. I didn’t need more busy work. The tax bill is 500 pages with handwritten notes in the margins because it is being pushed so quickly toward passage. You know what they say? Fast is better than good.

The ink hasn’t dried and new ink is still being added as I write, but the tax bill is almost certain to become law now. There are plenty of surprises to discuss. A few issues are still up in the air; I’ll cover those in a future post.

For now I want to provide a guide as we head into the last month of the year. Some issues in this tax bill are effective (if passed and signed by the President) on varying dates in 2017. Since planning is not possible I will skip those items for now.

The Craziest Tax Bill Ever

Over three decades of experience and I had to live long enough to see this. We can debate the merits of the economic benefits of this bill, but the truth is brutally painful.

Pass-through businesses (partnerships and S-corporations) will see tax relief. More than ever small business owners will need to organize as a pass-through. Even taxpayers will smaller amounts of side gig income will need to have a serious conversation with their tax professional to determine if an entity is right for them.

I’ve seen (and heard) a few different versions of the pass-though deduction. Since the hand written notes were not available to me before publishing I refrain from giving exact numbers. Last week Tuesday and Wednesday I was in training and plenty of time was used to discuss the potential tax changes. As crazy as it sounds, one short week later and part of my training (and two days of my life) are obsolete.

The wealthy will benefit the most from this bill. Tax brackets are coming down for individuals at the upper end of the scale while the lowest tax bracket goes up from 10% to 12%.

The standard deduction is going up and exemptions are going away. When you’re done playing the end result is nil. Families with children will see a higher Child Tax Credit. I ran several illustrations on the Senate proposals late last week and many typical situations will result in a tax increase!

Bad for Business and Bad for the Economy

Small business owners might be jumping for joy at their tax reduction. However, it might be wise to delay the celebration.

Yes, pass-through entities will see a tax reduction, but if customers pay higher taxes who will drive sales? That is the catch-22 of this tax bill. High income/net worth individuals will keep more of their income while the middle class and poor are gutted. 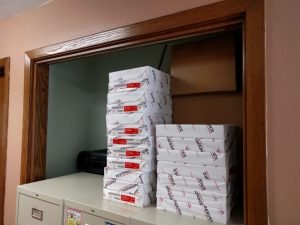 The argument goes back to the old “trickle-down” theory of thirty years ago. It didn’t work then and it’s doubtful it’ll work now.

Wealthy people don’t spend more just because they get a tax cut! They’re rich. They wouldn’t be rich if they spent every penny they made.

Your favorite accountant will enjoy more income and lower taxes from this bill. However, I will NOT pay higher wages based on my tax rate! (Sorry to any employee reading this.) I pay higher wages for higher profits! Wages are deductible so profits, not tax rates, drive wages! Congress is wrong, lower tax rates will not increase wages. It’ll just add to the deficit and probably cause higher interest rates.

Don’t be fooled by the news reports. The economy might have a minor upward blip, but it will be short-lived as spending from a serious percentage of the population is pressured by higher taxes. As for me, don’t expect me to spend more based on a tax cut. I don’t spend all I earn already and encourage you to undertake the same habit.

More than ever, a frugal mindset will be needed to navigate the course of the next many years.

The last I saw the corporate tax rate will be reduced to 20%. I also heard there could be an upward adjustment to this.

Investors will benefit from a lower tax rate for corporations in some industries. Tech will not do as well as first thought. My largest investment, Altria, will probably do very well. Pharma will also have mixed results. 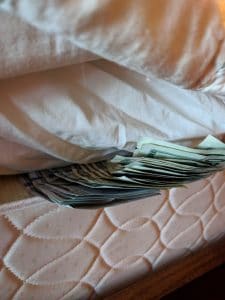 There is a kernel of truth to the statement. What the lie involves is the “real” tax rate after all deductions and credits. Then the U.S. is decidedly in the middle to slightly below the centerline.

The lower tax rate and bonus depreciation brings back the Alternative Minimum Tax for corporations last I saw, but it looks like an accidental effect and could be resolved in committee before the law is passed.

Some companies, like cigarette company, Altria, will do well under the new tax scheme. Altria pays at the top 35% tax bracket under the old law. If the 20% top corporate bracket holds Altria and other major corporations paying a larger portion of their profits in taxes will see benefits. However, many large corporations already pay a lower rate.

Note: I do NOT buy a stock based on tax rates! This is not a recommendation to buy stocks of companies paying near the highest tax rate under the old law. Any tax benefit will be short-lived. Once the reduced tax cost is digested profits from continuing operations and cash flow will determine a corporation’s value.

The bill also requires first in, first out accounting on sales of stocks and mutual funds. This will make tax-loss harvesting more difficult.

Never mind the provision allowing 529 plan funds up to $10,000 for private and religious schools. Tapping into a 529 sooner means there is less tax-free gain to accumulate! Since 529 plans are only deductible on state tax returns in a limited way, the only real benefit on a federal return is the tax-free growth. Unfortunately, if you allow withdrawals earlier for primary and secondary education, there is less benefit. It might not even be worth the effort. And the money earmarked for higher education will be diminished. 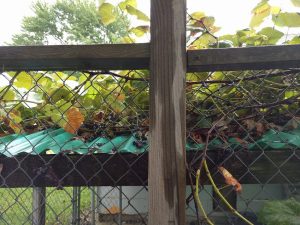 What surprises me the most in all the proposed bills is the damage non-profit organizations will face. When the standard deduction is increased to offset the elimination of exemptions there will be consequences. Limits will be (likely) placed on the amount of mortgage interest deductible. The same for state and local taxes.

This means Schedule A will be used a lot less in the future and contributions to charity are claimed on Schedule A. Though charitable giving shouldn’t be predicated on tax implications, it frequently is.

Small businesses can promote their favorite charity through sponsorships, but individuals will see less, or no, benefit from their charitable contributions. I expect churches will feel the squeeze as more people discover their tithing translates into a tax increase!

Donor advised funds may allow for a larger charitable gift deduction in a particular year, but the higher standard deduction will always diminish its true value. The same applies to charitable remainder trusts (CRT). There could still be estate tax reasons to use CRTs. But, the estate tax is virtually eliminated.

It will be interesting to see how this plays out when politicians meet angry parishioners at church on Sunday. I don’t think many people have a clue how non-profits will be affected by the tax law changes.

The Child Tax Credit is expanded to age 17. Buuuut. . . it expires in 2024. That is a recurrent theme in this bill. Corporate tax cuts are permanent while individual cuts are temporary.

Kind employers (like me) can’t even be nice to our employees anymore. Employers in the past could have incentive rewards. Small gift card rewards were tax-free. Not after the end of 2017. Corporations with billions in profits see their taxes decline nearly half while employees can’t avoid tax on a $25 or $50 gift card! If you had a warm and fuzzy feeling I bet by now it’s gone.

A Family Leave Credit was added at the last minute. Buuuut, it only counts for certain states. Talk about insane! It seems the family leave provision is only allowed on the federal return if the state doesn’t have a similar provision. My guess is states will adjust so the federal credit applies in their state, too.

This brings up another interesting topic. It seems the Republicans have built a tax code to punish blue states. California, New York, New Jersey and Massachusetts will suffer greatly under the new tax proposals. The problem is these states contain the largest percent of our national economy! California is ~13.7% of the U.S economy alone.

And these states have the highest populations. The tax bill is designed to hurt a large portion of the national economy. What could go wrong? I predict the next recession starts and spreads from these economic growth centers.

I wish I could offer better news. This tax bill is the biggest mess I’ve seen in my career.

There are plenty of solutions. I’ll wait until the ink dries from the President’s pen before giving advice so I know it’ll stick.

I’m an optimist. I think this tax bill is so riddled with holes I’ll be able to drive a Mack truck through it. My guess is the law will not last long as the deficit balloons out of control and the economy stutters. In the mean time I’ll do everything in my power to help you maximize your results.