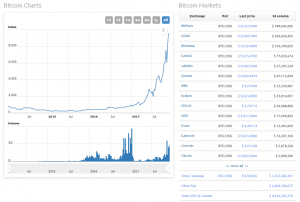 Cryptocurrencies are all the rage with bitcoin (BTC) leading the pack. As I write, BTC blew past a 1,000% return year to date and posted its first trade above $10,000. Experts claim BTC could increase another 400% between now and the end of next year to $40,000 or more! If that doesn’t make your eyes water, remember BTC traded at a $1 in early 2011. I don’t know about you, but this is nosebleed territory.

Bitcoin will continue growing until 21,000,000 BTC exist. Actually, the programming to mine BTC stops 3 bitcents shy of the 21 million mark, which at the current growth rate could be worth a few million dollars. It will take until 2140 to complete the BTC mining process. On June 1st, 2017 there were 16,366,275 BTC in existence, if that is the right word to use. (It isn’t.) More BTC has been mined since June 1st.

If you bought BTC seven years ago (early 2011) for $1 per BTC I salute you; you are a genius. Unfortunately, schmucks buying today will never see those kinds on return in seven years or a thousand! The starry-eyed fools jumping in today looking for similar returns will need BTC to climb another 10,000 times. Okay. Let’s add all the zeros. BTC is at 10,000. Add four more zeros and you get $100,000,000 per BTC!

Well, it could happen!

Of course when you multiple $100 million by 21 million BTC you get, well, more money than currently exists by a very large margin! ($2.1 quadrillion if I calculated it right.  You have to forgive any errors. Other than my own investment account, I’m not used to playing with such large numbers.)

I can hear you already. It doesn’t have to climb another 10,000 times to turn a tidy profit. I agree. However, name anything that rose so far so fast without ending in tears?

I’ve seen this stunt several times in my short lifetime. As a child I watched the Nifty Fifty crash and burn in the 1970s. The dotcom bloodbath at the turn of the millennium should have provided lessons for today’s investors. The housing and banking collapse of 2008-9 should be fresh in everyone’s mind as it happened less than a decade ago. But memories are short when stupidity runs rampant, I guess.

This Time is Different

As with every bubble, this time is different. The tulip bulb mania of the early 17th Century (1636-7) was different. In all honesty, tulip bulbs always had value and best I can tell are still around. I can pick up a large bag at my local garden center for a few dollars. Tulip bulb prices ended up where they started. There was always value, just not the insane valuations. This is our first lesson. There is a grain (or bulb) of truth in every bubble.

The U.S stock market of the late 1920s is another example of value turning into a buying frenzy at any price. 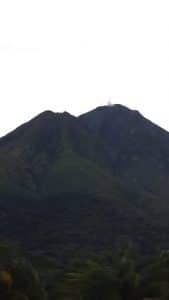 Just because a volcano is quiet doesn’t mean it’s safe.

Tears. Remember it ended in tears.

The stock market is a favorite vehicle for bubble creation. The Nifty Fifty of the late 1960s and early 1970s were stocks people felt could be bought at any price and held forever without worry. By 1974 there was worry. The only stock I can image did well was Kimberly-Clark, the maker of Kleenex tissues.

The stock market pump was over-primed in the mid-1980s ending in the biggest percentage loss for one day in market history on a fateful October day in 1987.

But this time is different.

Once again as the millennium raced toward the finish line stocks went insane. Dotcom stocks traded for hundreds of times revenue (not profits!) if they had any revenue at all. But many stocks (companies) did have real value so this time is different.

Then came housing in 2008. Fed Chair, Ben Bernanke, said housing prices would continue climbing only at a slower pace. Good call, Ben. And he was an expert.

For some reason people never learn. They go from one hot stock to another. People get killed in a bubble collapse, take a decade to rebuild reserves and go at it again with their battle cry, “THIS TIME IS DIFFERENT!” No it’s not.

Where is the Value?

In most bubbles of the past there was underlying value. Tulip bulbs were worth something. Not much, but something. Stocks (publicly traded “businesses”) certainly have value.

Today we have several expanding bubbles due to the massive money creation of central banks around the globe. Bonds are arguably overpriced. How else can you explain bond yields less than inflation?

We can go into other possible bubbles, but BTC is turning out to be a doozy by historical standards. Boys and girls, you might live through a bubble spike bigger than any other in recorded human history on an item worth absolutely nothing! 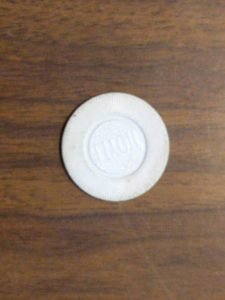 Stocks, bonds, real estate and even tulip bulbs have some intrinsic value. But what about BTC? Does BTC really have any value? Let’s examine.

What is a bitcoin? Some call it a pyramid scheme, but it really doesn’t resemble one. Is it a currency? Economists say a currency has three characteristics: a medium of exchange, a store of value and a unit of account. BTC doesn’t exhibit any of these features to any large extent. Yes, BTC is used in a small percentage of transactions, mostly involving nefarious transfers. The massive price fluctuations make BTC more a speculative investment than a store of value or unit of account.

Think about it this way. Why would anyone buy something with BTC? To do so when BTC prices are climbing triple digits or more each year is industrial strength stupid. Only a fool would do that! Using dollars to buy stuff and pay for services because your BTC will be worth more tomorrow seems the smart move when BTC is such an awesome investment. Just read the news, they’ll tell you.

Compare BTC to dollars. Yes, dollars are fiat money, backed by nothing more than faith in the government and the economy to give you value. No physical commodity supports fiat currencies. The U.S. government can tax more to pay back its debts if necessary. And currency IS debt. It says so right on paper currency: Federal Reserve Note. A note is a loan! (Ie. you have a mortgage note.)

BTC has no government or economy supporting it. BTC is fiat money**! No physical commodity backs its value. Scarcity doesn’t imply value as many buying BTC today contend. There might be a limited supply (intentionally) of plaid shirts. That doesn’t mean plaid shirts are worth more and more every day due to this limited supply!

BTC is supported by nothing and is fiat money. When BTC collapses who will want to accept BTC as payment for goods and services? When the price rises who in their right mind would use BTC to buy something; that’s a de facto sale.

When someone decides there is nothing but air underneath BTC the rush for the door will not be pretty. Most will not get out as the building burns. If you think the rush to buy is tremendous, just wait until fear sets in.

This is BTC’s Achilles heel.

Signs of a Bubble

I don’t want to dissuade anyone from investing in BTC if that is their heart’s desire. All I urge is caution.

Here are a few indications the party may be nearing its end. Over the preceding long Thanksgiving weekend here in the States over 300,000 new accounts were opened to buy BTC. BTC jumped over 10% during the long weekend. People are buying BTC with credit cards they are so desperate to get in.

Hedge funds are starting to invest in BTC, not use it as a currency. ETFs and futures contracts are ready to debut in the BTC arena. On December 10th when futures begin trading on BTC it could actually hurt BTC pricing! With a futures market you can play BTC without actually buying BTC. With such an easy vehicle to trade BTC without owning it could be a catalyst for problems. I’m not making a prediction, only offering insight. Like program trading in the 1980s, it might take a few years before BTC has its October 19, 1987. Or it could happen much, much sooner.

This part of the discussion is for U.S. readers and those subject to U.S. taxes.

The IRS has clarified the tax treatment of bitcoin and other cryptocurrencies in Notice 2014-21. 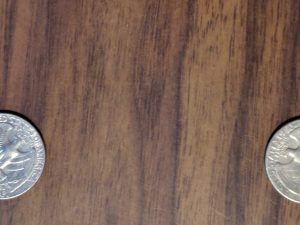 Under tax law, BTC is NOT considered a currency! It is considered property. If you pay employees with BTC you still include the amount of U.S. dollar equivalent on their W-2. If a merchant accepts BTC as payment, the amount received at fair market value on the date of receipt is income. A miner of BTC includes BTC received as income and may be subject to self-employment tax.

Here is where it can get ugly. Most people are buying BTC to hold as an investment. If you buy something with BTC you may have a gain or loss on the transaction, technically a sale of BTC to buy said product or service. If you sell BTC at a gain you get either long- or short-term capital gain consideration.

If you sell BTC at a loss you can only claim the loss against other capital gains, plus $3,000 per year against other income. People buying into the hype could face serious losses and those losses may not be deductible for a very long time, if ever. You can carry unused losses forward. However, when you die, the capital loss carry forwards die with you. Ouch!

I’ve been in this business for a very long time. (The first one to leave a comment on my age gets one in the puss.) I remember the mess caused by stock options when the dotcom bubble burst. The Alternative Minimum Tax (AMT) issues were incredible. It took special action by Congress to offer relief to some of the victims. They suffered years before help arrived.

The good news is that this accountant sees no AMT issues (other than normal AMT issues) with BTC. The real issue with BTC is that losses could be strung out on tax returns for decades or longer. People who borrowed money will need to earn money, pay tax on the earned money and use the remainder to pay off debt lost trading BTC.

I am unqualified to call the future price of BTC.  I could be wrong and this time could be different. Amazon was caught in the dotcom mess and did pretty darn well if I don’t say so myself. However, BTC is not Amazon. It’s not even a currency technically.

BTC has no real value. BTCs entire value is built on faith and faith has a habit of letting people down when they need help the most. At best BTC is fiat money; at worst it’s a fool’s game.

For BTC to continue climbing in price, more buyers willing to pay a higher price, need to step forward. The day will come when nobody wants to pay a higher price. That is the day we find out if BTC is for real or another chapter in the history book of insane bubbles. With no intrinsic value I have a bad feeling where this is going to end.

* Remember, more BTC are created every day so the supply keeps going up. If BTC continues to rocket higher, the total value of all BTC will climb faster as more BTC are available at the higher price.

** This isn’t really true. Fiat money is technically “from decree”. In this instance I use fiat as meaning a currency without the backing of any commodity or government taxing authority.