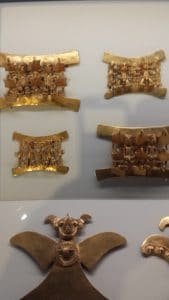 Thirty plus years in the tax field has exposed me to the good, bad and downright vulgar. In the early 1990s I was a top producer at a broker/dealer for several years before refocusing on the accounting end of my practice. Before I left the industry changes were underway. Fee-based asset management was gaining adherents.

The old model of commissions was experiencing the first crack in its armor. Leaving the industry didn’t leave a void in my knowledge as clients consulted with me when considering investments and reviewing their investment advisor.

Fee-based is all the rage today. Many of the original selling points from the 90s are still used today with the exception most reporting is now done digitally online. In a nutshell, people are doing all the fee-based work while still paying a fee.

Rather than call out firms selling fee-based products, I want to focus on how wealthy clients work with their fee-based advisor or firm if they handle investments themselves.

Less wealthy clients seek my advice, too. This allows me an inside look on how wealthy and pre-wealthy (is that politically correct enough?) deal with their investments and the people advising them.

There are remarkable differences. Readers will probably see some of these actions in their own behavior. The wealthy already know this stuff; they have people who have helped them accumulate wealth. The less than wealthy will see where they can change to improve their odds of achieving significant wealth.

Before we start we need to review what I mean by wealthy and non-wealthy. For this study I consider wealthy someone with $10 million or more in liquid net worth. The non-wealthy have a net worth of $500,000 or less in liquid assets.

The examples I use are from my office. I have many more examples of people working with advisors from the lower end of the spectrum. Still, with decades at my post I’ve noticed the speed at which people increase their net worth. Those who act like the wealthy tend to get there faster; those who don’t usually never get there or barely break into the seven figures.

One caveat: The market has been on a tear for nearly a decade now without as much as a meaningful pause. Everybody is smart right now! It’s easy to be smart when you’re winning. Mistakes are easily glossed over in a rabid bull market. Too many people will fail when they are challenged for the first time. Good habits and appropriate demands on your financial professionals will be your anchor in the storm.

5.) No churning! This goes without saying, except it needs to be said. Investment advisors are not immune to the pipe dream of trading your way out of a problem or to success.

You would be surprised how many investment professionals churn an account legally. Churning can be illegal, but my definition of churning is far broader and includes legal activities. 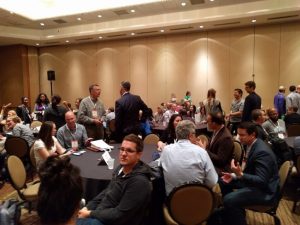 Clients bring me these beautiful folders of color graphs and charts they received from their advisor. It’s junk! Yes, the folder has great information, but swaddled in plenty of BS. I think it’s done that way intentionally to cover for the times results are subpar. You can see the same thing online.

Wealthy people are less impressed with color charts and tax-loss harvesting. Tax-loss harvesting is a zero sum game most of the time with the only value deferred taxes. If you don’t have a large capital gains to offset you are limited to a $3,000 deduction against other income. The rest gets carried over. Tax-loss harvesting has its place, but is overused with several (we will leave unnamed) companies hawking these services.

Instead of churning the wealthy avoid investment gains all together with the host of retirement and quasi-retirement options available. Another neat trick to not pay capital gains tax is to not sell a stock with a gain or, in some cases, gifting it to charity and getting massive tax breaks while avoiding capital gains taxes to boot.

Rebalancing your portfolio quarterly only gives the illusion the investment advisor is doing something to earn his keep. With rare exception, rebalancing the account is needed once per year max!

The wealthy know you can’t beat the market with a simple computer program. Moving money around causes tax issues, trading costs and potential missteps in handling the portfolio, leading to loss.

4.) Matching the market is not a bad outcome. When the stock market was crushing it back in the mid and late 1990s I had a client who was considering moving his portfolio to me. I interviewed him (Yes, I interviewed him! Every warm body walking through the door is not client material.) to find his objectives and to see if we had a similar philosophy. Early in the conversation he said he expected me to do better than 20% per year since anybody could produce those types of returns. I showed him the door. 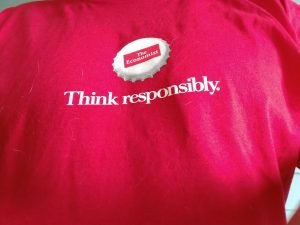 Good times (like today) give people a false understanding of long-term gains in the broader market. If a potential client has an unrealistic expectation it didn’t pay to begin a relationship; he would be unhappy in a short period of time anyway.

I’ve never had a wealthy client ever spew such garbage. Wealthy people think matching the market is a good baseline to start from. If you drop everything into index funds you should expect to have index results minus fees.

Non-wealthy people always want to take a flyer with the next greatest thing, currently bitcoin. Wealthy people also realize some hot investments today could really be a long-term quality investment. Amazon and Apple are two examples proving their worth and Tesla and Netflix are felt by many to have promise.

The wealthy allocate a small percentage of their funds to non-traditional investments or high flyers. A typical wealthy client will have the bulk, say 80%, in investments expected to match the underlying market*. The remaining 20% in invested in increasingly risky investments.

A typical example is the wealthy client with most of her money in broad-based market index funds with the remainder in quality individual stocks and a few speculative issues.

Non-wealthy investors complain to their investment advisor of market matching performance. Over the long run this is an enviable track record and the wealthy know it and hence, don’t complain about their good fortune. Even a small outperformance over long periods of time is a cause to celebrate. The difficulty in beating the market before fees is long.

3.) Consider taxes when presenting investment ideas. Taxes can take an awesome investment down to mediocre in three seconds flat! Non-wealthy investors are impressed by before tax results. Wealthy investors want to know what they keep after taxes.

Many times a great performing asset can find a home in a retirement fund to preserve before tax gains. Of course, the investment needs to be made from inside the retirement account.

Buying an investment with a long time horizon is better than short-term results! Non-wealthy people love the quick score, but lose when the tax man begs his share. Wealthy people know a long-term investment with years of upside means taxes will not be due for a decade or longer, allowing for more growth without taxes slicing out a major portion of the gain.

Taxes are not #1 on this list, but are the most talked about issue wealthy clients have once a new investment is introduced. I can count on one hand with fingers left over how many non-wealthy clients asked me about their expected returns after taxes. The non-wealthy who do ask are not non-wealthy for long. 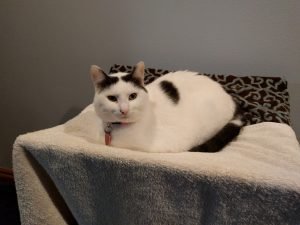 Time for a break from the serious discussion with a cat picture.

2.) Research. Pretty booklets and brochures don’t cut it with the wealthy! The wealthy don’t like short cuts. They want detailed research with solid numbers and ratios. When is the last time a non-wealthy client asked me about an investment’s cash flow? I can’t remember it ever happening. The wealthy ask EVERY time. Cash flow is how investors are paid and how a company generates capital to invest. The wealthy are nervous when capital requirements are met with borrowed funds. It’s also why Warren Buffett likes Apple now, but didn’t bite twenty years ago.

Research comes in many forms. The most obvious is the lack of research. Investment professionals working with the wealthy know better than to bring an idea to the client without adequately vetting the investment. Wealthy clients ask a lot of questions before investing!

1.) Straight talk. If anything drives wealthy people crazy it is double talk. Wealthy people are wealthy for a reason! Most are self-made and don’t appreciate a condescending attitude. Technical jargon will nix a deal faster with the wealthy than anything else. Less wealthy are frequently impressed by such 47 letter words. The wealthy are not!

I’ve noticed wealthy people can sniff out BS from a mile away. That’s why they are wealthy! Investment advisors looking to pocket a quick commission of generate some easy fees are advised to seek out the less wealthy. The relationship between advisor and wealthy client will wither fast when the technical jargon and BS flies.

Honest answers, even bad news, are expected by the wealthy. They don’t have time dancing around an uncomfortable situation. They want straight answers now.

The less wealthy cling to every ounce of hope the losing investment will turn around. It never does. The wealthy lick their wounds and move one; the non-wealthy cling to hope when all hope is gone.

The wealthy are wealthy because they know when to move on. Honesty up front is the only way the wealthy want it.

The wealthy are a big mystery to non-wealthy people. It shouldn’t be that way. There is no big secret the wealthy possess! In a nutshell, the wealthy hate games: talk straight, do your research before contacting them and consuming their time, consider taxes when researching an investment, matching the market is not a crime and most of all, don’t churn their money for a quick fee or to hopefully score big.

When handling your own money expect the same! It’s what the wealthy do.

And that is why you read to the end of this post.

* Each investment has an underlying market. Some wealthy investors keep a lot of their net worth in bonds. Some like equities. The goal of the wealthy is for their investment objectives to match broad market returns they’re invested in. Example: a wealthy client with a risk tolerance for bonds only might have 80% of her funds in Treasuries or high rated corporate and municipal bonds, with the remainder in lower rated bonds and a few percent in junk bonds or junk bond mutual funds/ETFs.