A Lifetime of Thanks 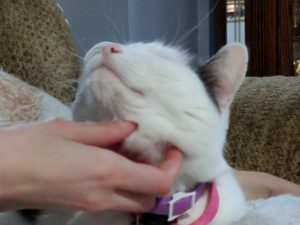 It’s easy to forget to feel grateful for all the awesomeness in our lives. We get lulled into a false sense of superiority in our abilities when the blessings flow unfettered. Only when the boom is lowered do we begin to look around and notice how lucky we have been.

It’s the Thanksgiving holiday here in the States on Thursday. Families from around our nation will gather at the dinner table for good food and stories. Anticipation of the mouth-watering food means we quickly recite a prayer and quickly dig in to the abundance displayed on our table.

As soon as we stuff our face we waddle to the couch for football and a nap. A guy has to work hard to make room for the pies and ice cream later.

I’m not immune to whining. When I think I’ve been treated unfair or my life has experienced a minor inconvenience I quickly bitch about the inequalities of life. I forget too easily how good I have it.

The question really is: How bad is my life? Has it ever been really bad? Am I really so unlucky or inconvenienced? Let’s examine.

When I was thirteen years old my dad took us hunting often in the early autumn. I wasn’t a big sportsman, but walking the outdoors in autumn is always a welcome pleasure.

Back in those days we were religious. My parents still are. It was pheasant hunting season and we belonged to the Eastshore Sportsman’s Club. The club rented land from various farmers and planted pheasants. Our hunting party consisted of my uncle, brother, dad, our church’s minister and his son.

Our party walked a fence line of farmland northeast of Chilton rented by the club and planted with pheasants. Our dog worked the fence line like a pro. As several fields came together the fence branched off in the shape of a T. Our group took the fence line to the right.

Another lone hunter came from the other direction and walked the opposite side of the fence line we were on slightly ahead of us.

Our dog flushed a pheasant in front of my dad. My dad let the bird get in the clear, raised his gun and fired. Score!

My dad was a good shot. As the pheasant died it flopped a bit as it fell so that it would land between the sole hunter on the opposite side of the fence line and us. The sole hunter turned, saw the pheasant falling and raised his gun. He followed the bird as it came down and when his gun hit head level he pulled the trigger.

Can You Hear Me Now

Our minister, his son and I went down. The sole hunter had a double barrel 12 gauge shotgun. If he’d have pulled that second trigger you would never have known I existed.

BBs from a shotgun are unlike a rifle wound. We went down, but didn’t stay down. We were peppered with BBs but relatively unharmed. 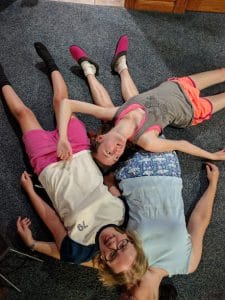 I have the world’s greatest wife and kids. They are as crazy as me (I trained them well). There were no complaints or hesitation when I asked them to play-act funny-dead.

We were rushed to the hospital. The doctor took forever being we were at Chilton’s Band-Aid Stand as our local hospital is sometimes called.  The doctor and hospital really did do a good job. No speed is fast enough when suffering a gunshot wound.

God was watching out for us that day. He allowed stupid to happen, but protected our rag-tag band from permanent harm. He also left several warning calls to remind us how fortunate we were.

Our pastor wore thick glasses. A BB broke one of the lenses. If his sight were true he would have likely died that way. There is a blessing in needing glasses sometimes.

Our pastor’s son was a friend of mine until we graduated high school and he moved out of the area. His name is Aaron. Aaron was the luckiest of the injured having the fewest BBs.

All the BBs in me we superficial injuries save one. A BB hit my Adam’s apple dead center. If you feel your neck you will notice a groove in your Adam’s apple. The BB hit that spot on me perfectly in that groove and stopped less than ¼ inch (one centimeter) from my larynx. Just a bit more and the talkative me would not exist.

Thank God I was Shot!

The doctor removed the BBs without any problems. My vital signs were taken. The doctor heard a strange heart murmur. Another odd thing, my blood pressure was high in my upper body and low in my legs.

The doctor suspected heart issues and ordered a cardiac catheterization to see what the heck was wrong with me. Time was of the essence because of the suspected high risk to my life.

Cardiac catheterization isn’t that big a deal. It makes you sick when they push in the dye, but otherwise it wasn’t bad. The surgeon cut a vein on the underside of my elbow and inserted a tube with a camera at the end.

I had what is called a coarctation of the aorta. In laymen’s terms this is a narrowing of my body’s main blood supply. The fix was simple in theory, but major surgery in 1978. All the doctor had to do was cut me open, stop my heart, clamp the aorta tight on each side of the coarctation, cut the narrowed portion out, pull it together and sew it up. Simple! Oh, and restart my heart before closing the door.

And hope there are no leaks.

The narrowing was serious and would become a greater problem as I aged. It was decided I could finish the school year before going under the knife. I was shot in the fall of 1977 and had surgery the first days of June 1978.

Back them they separated my ribs to get in there and change the oil. If you ever see me shirtless (unlikely since I don’t like running around half dressed) you will see a scar starting under my left armpit and ending above the shoulder blade. The scar is J shaped.

I spent my fourteenth birthday in recovery.

Back in 1978 there was a disease going around doctors had no what it was. The CDC worked frantically to figure out how the disease spread. Today we call this disease AIDS or HIV.

Blood wasn’t screened back then and even if it was the medical profession had no idea what to look for. All doctors knew was an autoimmune disease was striking down homosexual men and drug users.

My surgeon died a few years later of HIV complications. All it would have taken is one nick of the glove.

When I start to count my blessings the minor annoyances of life begin to pale. My life growing up on a farm in the middle of nowhere was a generous gift it took me decades after the fact to realize. Now that I appreciate the blessing I would like to go back and do it again. Right this time.

But it doesn’t work that way.

We are all lucky. Never forget to give thanks for the abundant blessings life has sent your way.

I was always lucky in business. I’ve had plenty of failures and times of acute anxiety. Business can do that to you! In the end it always worked out. I work the job I love as the boss and make an above average income.

Before the FIRE community was cool I learned to save and invest with intensity. Grandma and Grandpa Accountant lived through the Great Depression so saving was ingrained in us kids from little on. Those were hard times! Another tissue please.

Today I had the brainy idea of checking how much the stock market has climbed during my adult life. I turned 18 in the summer of 1982. The DJIA was around 800 back then and is approaching 24,000 today! Gawd, my life is hard. The market “only” increased 30 times in my adult life. A measly 3000%. What do I have to be thankful for? Really?

I worry people may talk behind my back spreading rumors, true and false. I complain of too much work in my business due to the unexpected success of this blog and the kindness of other bloggers sharing my story. Like really sucks!

Less than two years into this blog and its won an award for Best New Blog of the Year. Just hand me the box of tissues. I can’t take it anymore.

Life has been good to me and always has been. I bet its been darn good to you too.

I came this close to losing my life to AIDS without even knowing the name of the disease that would have killed me. My business took hard work, but always kept the family fed.

If I were not shot my heart condition would have gone undiagnosed. The doctors estimated it would have caused a heart attack by around my 30th birthday. Good thing I took lead.

Simple mutual fund investments have been straight to the moon for 30 years! Sure, I made dumb decisions and lost money and paid the price. I wouldn’t change any of it for all the money in the world.

You, kind readers, are a special gift. I never expected you’d be stopping by. It was only a fluke that forced me to write this thing for two years. It’s hard to believe I published 600,000 words here already. Your support has been overwhelming. I am humbled and filled with gratitude.

I am human. I make mistakes; I have feelings and emotions. Perfect I am not. Through it all my heart was in the right place even when I swung and only caught air. 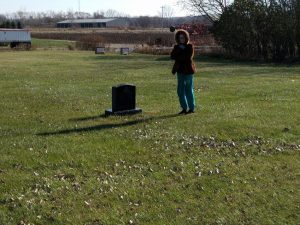 Any day above ground is a good day!

All the things I mention above I am thankful for; the glorious successes and the educational failures. But more than all those things I am most blessed with the most wonderful woman to ever walk the earth and the two best kids any dad could want. Some of you might want to disagree. Protest all you want. I know how good I have it and always did. (Give a shout out to the greatest mate and children in the world in the comments section, guys.)

My life has been a litany of things to be grateful for. I can barely grasp the scope of my blessed life. It takes my breath away.

You also have as many things to bow your head in humility for. You’ve had challenges and problems. Nelson Mandela could have given up hope in prison. Instead he kept hope close and eventually brought democracy and a voice to his people. Stephen Hawking could cry and people would understand. Yet he continues to excel without complaint. He is grateful and thankful for his blessings of family, friends, modern technology and his mind.

You are as lucky as I am no matter where you are.

You are alive reading this right now. Excluding the level of my writing skills that is a gift! You are on a piece of technology only a mere two decades old. I am reaching out over space and time to touch your mind and leave a message of hope. We are all very blessed.