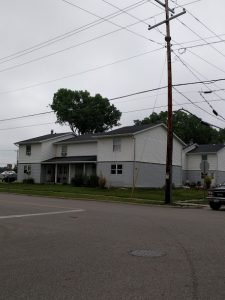 The biggest risk most people have when it come to building wealth is putting all their eggs in one basket. Having one full-time job supplying you with 100% of your income means you are either doing well or in a crisis.

Wealthy people and large corporations have multiple streams of income and continually work to develop more. Sometime the failures are huge. New Coke might be an example. In my practice I’ve had ideas cost serious money go down the toilet. I’ve also had spectacular successes.

Multiple streams of income are the only way to protect your wealth creation program. The same applies when you reach financial independence and decide to retire. All your eggs in one basket is a bad idea. Imagine busting your tail for a decade and having all your money in Enron.

Another problem revolves around active and passive income. Active income comes from work you do yourself. A job or small business is an example. There are only so many hours in a day to sell for income. You can work hard to increase your productivity earning more per hour, but you remain a slave to working for every nickel you earn.

Business owners have an advantage. Once the business begins operations employees become part of the mix. Part of what employees do end up in the owner’s pocket. If it didn’t, why would the own bother with the headache of hiring/having employees. Even though the IRS considers business income ordinary income, there is still a passive nature to the income stream.

The problem with working for every dollar is risk. If you become ill the income stops. Insurance can provide a backstop, but that is a limited solution you have only minor control over. A business owner can suffer catastrophic loss due to weather or other events. When the business suffers, profits evaporate. The worst case for a business owner is they are forced to choose between closing the business or feeding it to keep it alive.

The solution to these wealth building and preserving risks is diversification. More accurately, diversification into passive forms of income. Whereas, you have only so many hours in a day to trade for income, you have an unlimited ability to create and increase passive income. The best part about passive income is that most sources of such income reproduce automatically.

Without a business your options are limited. Your main source of income is extremely top heavy with wage income. Even a business owner has risks. A handful of clients can make up a large portion of the profits. A large book of clients is a buffer between normalcy and disaster wage earners don’t have the luxury of. However, if you are in the retail music business things might be as bad as or worse than that of a wage earner. CDs and vinyl records don’t have the market they once had prior to digital music on the internet.

There are a thousand sources of passive income. We will only focus on the big four today with an honorable mention to profits in a small business with employees running the place. 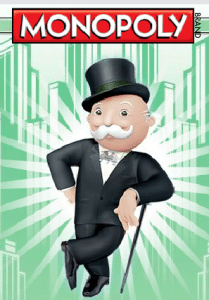 According to Zillow, renters paid $535 billion in rent in 2015 in the United States. And the number is rising. There are about 125 million U.S. households and 43 million households rent. The U.S. also has about 250 million adults (adults, not the entire population).

Some simple math reveals an astounding amount of rent paid by renters/received by landlords. If the $535 billion in rent paid were paid evenly among all U.S. adults it would amount to $2,140! That’s right. Every U.S. adult would receive $2,140 of rent if it were divided evenly. If rent were evenly divided between all households it amounts to $4,280 each for 2015! Since renters probably don’t own income properties we can divide the gross rent paid by the approximately 82 million non-renting households and we get $6,524.

Most people don’t own income property, so the ones that do generate a very large amount of passive income. Of course, rent is not all profit. The mortgage requires servicing, maintenance is ongoing, and property managers need to be paid. Still, this is a staggering amount of passive income many people neglect. (Never mind my reality check on income property versus index funds.)

In the arena of passive income that takes effort is business income which we discussed above. Business income is “earned” for tax purposes. There are instances where it may be considered “unearned” and goes beyond the scope of this post. As mentioned above, a business can distribute massive amounts of money to owners. A manger running the day-to-day operations makes the income passive in reality, if not for tax purposes.

When most people think of passive income they usually think of things you do once and then receive a long-term stream of income. Real estate can do just that if you have a good property manager. Real estate lacks diversification unless you invest in a security holding real estate. With a large amount of money you can invest in multiple properties around the nation to avoid regional economic risks. Or you can take on partners to spread risk, but partnerships have risks of their own.

Before we continue, the statistics I’m using comes from the IRS, one of the most respected institutions of the United States. (Pardon me a moment while choke down that hairball.) There are other sources of information, but all are estimated using different methods of information gathering. The IRS data, while more accurate, is gathered based on reported income. Not all income is reported. However, reporting requirements (Forms 1099-DIV and 1099-INT) make the data reasonably reliable. Some dividends are so small they go unreported and older taxpayers may not have enough income to file. Interest is another animal. Form 1099-INT may be issued to most recipients of interest from banks and other large organizations, but land contracts and other similar devices may go unreported.

With the caveats in place, the IRS lists $254.7 billion in dividends for 2014. That works out to $2037.60 per household. It doesn’t sound like much, but two massive issues are missed here. One, most people have zero dividends, so those who do have a lot, and two, most dividends are paid to retirement funds or other corporations and aren’t included in these numbers.

Let me share a secret from the tax office. Most people have zero dividends to report. A few have a couple dollars to report and even fewer have up to $100 of reportable dividends. Then we get the people who receive real dividends. These folks report $87, 904 in dividends received from their non-qualified accounts alone. This number become more astounding when you realize the total market throws off about a 2% dividend yield. That means the value of their account is worth 50 times as much as the reported dividend!

These are normal people who invested and kept their fingers off it for a very, very long time! There is no big secret. Most never owned a business or inherited a substantial amount of money. They consistently invested with each paycheck and let it ride. Time did the rest.

It sounds like a lot, but a million dollars invested in a broad index fund should generate ~ $20,000 of dividends growing 5 – 7% per year. Starting is the hard part. Even harder is leaving your fingers off it. But for people just smart enough to invest consistently and refuse the temptation to play with their money, thinking they can outsmart the market, will do extremely well.

Interest in retirement accounts face the same issue dividends do. Much interest will not show up in IRS data. We’ll go with it anyway to see how much we can get ourselves.

The IRS reports taxpayers listed $93.9 billion of taxable interest and $62.5 billion of tax-exempt interest. This works out to $751.20 of interest income per household without consideration to interest earned inside retirement accounts and $500 of tax-exempt interest. Considering the low rates of interest today, this means the account values are at least 100 times larger, probably much larger!

Remember, this isn’t all the interest and dividends paid in a year. Corporations, banks and insurance companies earn tremendous amounts of income from these sources and are not included in the amounts. The numbers above are from individual returns only! The real total of passive dividends and interest paid is staggering.

Another difficult number to track is capital gains. The IRS says just over $705 billion in capital gains were reported in 2014. But how large is the amount of unrealized capital gains? It has to easily stretch into the trillion dollar arena!

Not only are you at greater risk when all your eggs are in the wage earning basket, but you get taxed hard.  Wages suffer income tax at ordinary rates, but FICA taxes as well. Rent, dividends, interest and capital gains receive varying degrees of preferential tax treatment when calculating your income tax, but they all avoid the FICA tax.

Remember the $535 billion in rent paid from above? Well, the IRS records show only $75.2 billion was taxed or a bit more than 14%. (Here’s my handkerchief. I know how much it hurts.) 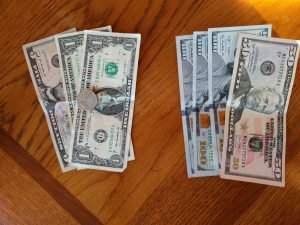 Again, this seems like a small amount to the average reader of this blog. But these numbers don’t include earnings from retirement accounts. It also doesn’t include we can invest more and take a larger share from corporations, banks and insurance companies.

The real secret is in the value of the underlying accounts which reveals the staggering level of unrealized capital gains. In today’s low interest, low dividend environment, the average household holds north of half a million dollars! That means a lot of people are doing really well considering how many are doing so poorly.

And I never said a word about how much is stored in trust accounts!

Wealth is not a complex process. Consistency is the most important factor. Long-term investments in index funds have enjoyed superior performance historically. The amount of passive income to be had is large enough for everyone to do very well with only an average slice of the pie.

The question now is: Where are you on the scale? Average? Below average? 🙁 Above? 🙂

If you don’t like your level of passive income it might be time to do something about it now that you know where the money is.