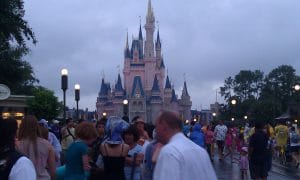 Over the last few weeks and months I’ve added secret messages in plain view on this blog. The easiest cipher (I thought) was on the Where Am I page. Over the last few months nobody said a word. When I finally added the easier cipher on the Where Am I page only one person contacted me shrieking, “Is it true? Is it true?” I’ll let you hunt for other clues. Hint: They are buried within posts.

To answer the question, “Is it true?” the answer is a firm “Maybe.”

For a year or longer I’ve been asked if a Camp Accountant was in the works. I generally shrugged my shoulders because I didn’t think enough people would be interested and I wasn’t sure I needed more commitments in my life.

As time went by it became more obvious people were hungry for material I offered. The guy on the street wanted more personalized service and my days can only service so many people before I exhaust. Tax and accounting professionals visit often looking for my latest method to game the tax system. (Yes, I am working on more posts leveraging the Tax Code. Those posts take more time and I can only publish so many if I want to maintain quality.)

A podcast I was on earlier this year led one of the podcasters to call later with an idea. His thought was to create a whole program for accountants to massively promote my work and experience. His idea was one I already had. The biggest problem was time.

But if there is a Camp Accountant it would be easy for me to give presentations he could record for a full-fledged program worthy of the time invested.

Problems with All the Camps

Four or five years ago a Camp Mustache was started in Seattle in honor of Mr. Money Mustache. It was a phenomenal success! 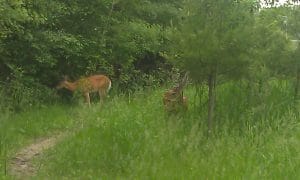 Time to stop hiding and get wealthy!

Success also breeds jealousy. Earlier this year we needed a pow wow at Camp Mustache in Seattle to discuss how those terrible people in Florida might turn a profit from their camp. Egads!

If there is one thing I abhor it’s drama and this was pure drama. It was a waste of time whining about somebody else’s behavior which affected nobody adversely. It was thinly disguised jealousy. In my office I would fire an employee for such a wanton waste of time.

The same person who started the drama in Seattle pulled the same stunt at FinCon, paying me a late night visit with reinforcements to put me in my place as I stood to win a high honor for this blog. Nothing breeds jealousy better than success.

I was uninvited to the newly named Camp FI in Gainesville this January. Some people will be upset as several emailed over the last months saying they saved hard to afford Camp FI to meet with me and review their tax and financial issues. I was thanked when I supported Camp FI after the drama unfolded in Seattle and the Camp needed to rename to satisfy demands. Once the new drama unfolded I was out.

To be honest I was deeply hurt by the attack from the small number of people I respected. My initial response will not be my final response. Stress and lack of sleep make for poor decision making. Regardless, the deed is done and you, kind readers, are the winners.

It Starts with a Plan

I will endorse any Camp Accountant (as long as there is no drama) which holds true to my philosophy. There is room for plenty of other opinions. If somebody likes spending like a Wildman or prefers actively managed mutual funds over index funds; no worries. If someone doesn’t like a certain tax strategy; I’m okay with that. Preach or encourage bank fraud or tax evasion and we will not need a pow wow as I’ll lay down the law. This friendly accountant is very easy going, but do not confuse that with not having a backbone. I’ve survived a lot of challenges in a difficult industry. I survived for a reason.

What we need now is someone, or someones, to organize and facilitate the program. I will share my vision of what the first and branch Camp Accountant’s should look like. These are only suggestions. I don’t have a corner on good ideas so you must be willing to put something of “you” into the program. Each Camp should have its own flavor so people who attend more than one always get their money’s worth.

Many of the other Camps are on the U.S. coasts. There is heavy demand, gauging by me inbox, for gatherings in the center of the nation. I’ve been begged to do something in Wisconsin or northern Illinois. Many people are familiar with my hatred of travel. A Camp Accountant in Wisconsin is tolerable even for an old guy from the backwoods of nowhere to travel to.

Though not a demand, I have several suggestions on itinerary and venue.

Several years ago (2014) I attended a Novel in Progress BookCamp in West Bend, Wisconsin. There is an outside chance you may know this guy. Don’t worry about Renee, our transgender student, sitting next to me. I behaved myself. She is now a published author.

Dave Rank runs the BookCamp. It was his brainchild when he was president of the Wisconsin Writer’s Association. I was treasurer at the same time. I haven’t seen Dave in a while; it would sure be nice catching up. I left WWA several years ago with plans of moving to Colorado. Dave left his position as president of WWA a few years later. WWA didn’t want to be involved with the BookCamp so Dave set it us as a separate non-profit. (BTW, Dave can spin a helluva yarn.)

I attended as a student the first year the BookCamp opened. The second year I taught one day before racing to Seattle for Camp Mustache. (I do run a bit hot at times and it’s hard on this old man’s body.)

My recommendation for someone willing to facilitate a Camp Accountant is to plan the Camp either the week before or after the BookCamp. The Cedar Valley Retreat Center is a beautiful venue. The grounds are gorgeous and the meeting center and rooms are equivalent to the Camp Mustache facilities in Seattle. 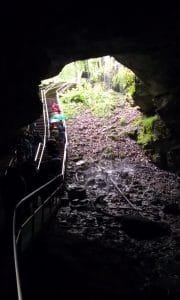 Time to come out and see the light at Camp Accountant.

An annual Camp Accountant in West Bend would be awesome. Other camps around the Midwest would also be nice. I am willing to attend one and only one Camp Accountant in Alaska and/or Hawaii. As much as I will love the setting it is a long trip and once I do it once; I’m done.

Another consideration is distance. The further from my home, the less I will look forward to the travel.

I have zero interest in international travel. A few years ago Mrs. Accountant and I enjoyed out trip to Costa Rica. My parents invited us. (They almost had a coronary when I said yes. My opinion of travel is well-ingrained within my family and neighborhood.) I’ve been to Canada many times and don’t want to go back. Mrs. Accountant and I took our honeymoon in Jamaica. Once is enough. You get my drift.

My life is busy and I’m okay with it as long as it doesn’t turn hectic. I will attend a maximum of three Camp Accountants per year with a near certainty I would attend a Wisconsin Camp. FinCon, for now, is probably an annual event as long as this blog breathes new material. That leaves me with one floater for the year to keep my traveling to five times per year. World Domination Summit is a possibility. (That amount of travel will cause me to bleed from the eyes and break out with boils.) I make no guarantees how long I will keep such a massive (for me) travel schedule. I think people should take advantage of my offer before my sanity returns.

There should be one or two classes for advanced tax issues suitable for tax professionals and knowledgeable non-accountants.

There should be (as a suggestion only) one class about an hour and half long strictly for tax and accounting professionals looking to build their practice or add services similar to what I do in my practice. In essence, create a bunch of mini-mes. (The world doesn’t know what to do with one of me.) Other attendees are welcome to listen in.

Plenty of time should be kept free for socializing, sport and hiking the venue grounds. Exercise is healthy and good.

Regular classes should be short, preferably 30 minutes. Most topics are easily covered in that time if the presenter is prepared. A few classes —maybe two —could be 45 minutes or an hour. The goal is fast and to the point.

I am willing to present more than one class. The presentation to tax/accounting professionals is something I will do if in attendance. I would love the opportunity to flesh out one or two ideas besides. If I speak once per day that’s enough. Other people have important information to share, too. People enjoy listening to the guest of honor speak so I’m willing to prepare more material if needed.

I think it would be valuable for attendees to have one round table each full day of the conference (probably Saturday and Sunday if you use the Friday to Monday schedule). This is an opportunity to share ideas and ask questions.

About 30,000 unique visitors grace this blog monthly. For this to be viable other bloggers in the FIRE community will need to be asked to spread the word.

If you want to facilitate a Camp Accountant, contact me. I am willing to share ideas and endorse, but I never facilitated anything like this myself so I don’t have either the experience or the time. You also want to contact me before setting a date so it doesn’t interfere with other responsibilities. Tax season is out. A winter Camp Accountant is something the other guys aren’t doing and could be a lot of fun as long as it is before February 1st. (Many people enjoy winter sports, you know.)

I will not attend other camps for other bloggers in the future. At this stage of the game it doesn’t make sense for me to promote somebody else’s brand. For my vision to see the light of day requires events dedicated to the Wealthy Accountant’s brand. I have a broad vision on how you can take what I teach back to your community and make a difference. I’ll talk more about some of the things I do and plan on doing if you contact me for running a Camp Accountant.

I hope you are excited. I sure am. Other camps are fun and light. I joke around in my writing and real life. But I’m as serious as a heart attack, dear readers. I joke to entertain in a difficult subject. Money and taxes can be fun while remaining serious. The laughing stops when the file opens and it’s time to super charge your tax and financial life. We are talking real money here. Every person who attends a Camp Accountant should walk out wealthier than when they arrived. That’s how important I want the weekend at Camp Accountant to be.

It would sure be nice to see Dave again.

Note: A reader left a comment asking if CPE for tax and accounting pros will be offered. I haven’t applied for that yet, but will do so once I have a program to submit to the respective organizations. I would like CPE of enrolled agents, CPAs and, fingers crossed, attorneys.