How to Lose a Million Dollars in a Day 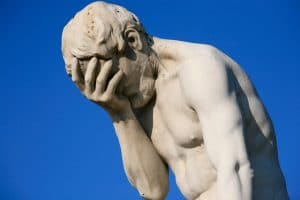 There is an insidious side to the FIRE (financial independence, retire early) community nobody wants to talk about. I was aware of this issue for some time as the owner of an accounting practice. What I found most disturbing is how blatantly bloggers and talking heads in the demographic keep giving advice that will lead to tears.

It is not if, it is when it will happen. If you follow the advice of this blog and others in the genre you will eventually suffer a million dollar loss day.

I have broken bread with these people and tipped a beer or three as this issue has been discussed and to date I never found anyone to give a damn.

The Bad Advice You Must Avoid

It is insane for bloggers to preach what they do. By encouraging people to save as much as half (sometimes even more) of their income and then drop it into a low cost index fund is guaranteed to cause massive financial problems. If you are one of those said bloggers: Shame on you!

Once you start down the slippery slope of frugality and living within your means the die is cast. The worst part is you will NEVER outperform the market! Index funds will MATCH the market, minus the extremely low fees.

It doesn’t take a genius to figure out what happens when you consistently drop money into a low cost investment geared to match market returns. A few years later you have a nice pile of money. What a headache!

By encouraging young people to take such steps is borderline illegal! There aughta be a law. A decade of this behavior is one thing, but before you know it these young people have a few decades behind them (like your favorite accountant) and then the manure really hits the fan.

Do you know what thirty years of investing half your income in index funds can do to you? That’s right! First you blow past a million and before you know it the seven figure account is in the rearview mirror. It sounds impossible, but this is only with “average” stock market returns! And the index fund isn’t taking hardly a thing in fees. You are double screwed, my friend. Double screwed. 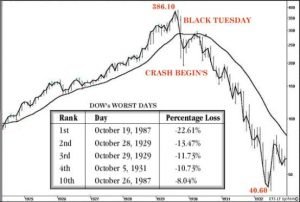 You see, what goes up will eventually come down and come down hard. If you had a $100 invested and the investment went down to $90 in a market correction, you lost $10. Not too bad, I guess. God forbid, we get one of those gut wrenching days where the market declines 5% or even more. Imagine losing $20 of your hard earned money in a bear market!

(Well, actually, you didn’t lose any money. The market fluctuates a bit now and again so the ups and downs mean nothing unless you are in the market to sell. But I digress.)

Now think about the same scenario if you have a $1 million portfolio. Holy catfish, Batman! You just took a $100,000 groin shot. Time to get out of Dodge.

But it gets so much worse. Take it from your favorite accountant; I am living the following eventuality. You see, I started young and was scared witless so I saved everything and stuffed it into the market. Starting with a few thousand to my name at 18 I managed to amass a couple hundred thousand four years later. (Thank you early 80s bull market. You da man!) I quit life to read books all day until a certain young lady forced me to marry her (and she wasn’t even pregnant, I swear!). I fought like crazy, but could not get away. I still have scars. See!

Well, a respectable married man works a job, dang it. So the investment machinery went back into action. A short stint as a working man convinced me a job was not the course I wished to travel in life so I started a business where there was plenty of time to read.

That was the stupidest thing I ever did! Now my portfolio was growing from market gains and my new investments. In the last year my behavior pushed me into eight figure net worth territory. I’m still trying to figure out how a dumb schmuck from the backwoods of Wisconsin pulled this off without bumping off a bank or three. (I didn’t do it!)

Criminal activity aside, I cannot avoid the problem we started this post with. A simple (and normal) 10% market correction will cut a temporary $1 million hole in my hide, ahem, net worth. If the S&P has one of those stomach turning days where things head south by over 5% I’m dead meat!

My current net worth has me under 8%. That means if the market has an 8% down day I’m out a cool million.

And it keeps getting worse. Soon the portfolio will grow so large that when the President passes wind and coughs at the same time the 14 point decline in the Dow will crush my net worth by seven figures in an afternoon! Way to go, Mr. President!

Alternatives to the Awful Advice

There is help, my spend thrifty friends. As your favorite accountant I offer, two, not one, but two solutions to the issue above.

The last thing you want to do is end up like me with all that filthy money just dying to cut your heart out. I find it hard to get out of bed most days now.

Here are the two solutions from your friend who has lived this life of debauchery.

1.) Spend all your money before it gets a chance to grow. I know it means you will be forced to work a dead-end job you hate till your walker gets in the way, but think of the alternative. Do you really want to live a month of life where you tinkled a million bucks into the sewer? I didn’t think so. No go out there and buy those $300 sneakers you had your eye on. The blinking lights are fancy.

2.) If you are a sick puppy like me and hate shopping *whatever* and end up saving lots of money you still have an out. For God’s sake don’t drop the cash into an index fund, whatever you do. That is the first step to a $1 million bloodletting. Instead, open one of those fancy savings accounts at the bank that throw off a massive .01% interest annually.

If you follow my advice I can assure you the day your friends reading these crazy blogs take a $1 million haircut, you will be sitting pretty at your minimum wage job laughing your tail off.

Fun Time is Over; Time to Get Serious

We had some fun above with a serious issue few people think of. The larger your investment portfolio the more normal market declines become really big numbers even when it is a small percentage; numbers that have been known to cause a rash.

A simple and regular market correction will reduce your net worth/portfolio by $100,000 or more with a low seven figure account. Losing $100,000 is bit hard to take when less than a decade ago your net worth wasn’t even that big! 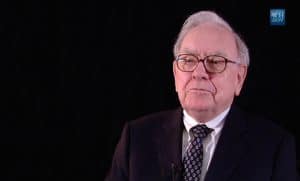 I told the truth above. Bloggers, me included, tell the truth about building massive wealth. What nobody talks about is what to do once you HAVE the wealth. Is it back to the investment advisors you were warned about all along?

Managing $10,000 or a million or ten million is nearly the same. The only difference is at the lower end where you need some liquid cash for an emergency. Most of your money will be in equities and equities like to go real high and then play rollercoaster periodically to shake out the weak hands.

It would be a dirty shame if you worked so hard to build wealth to the level of financial independence only to fall through the sieve when the market does what it always does.

Don’t listen to the crazy accountant writing above advising spending all your money or saving only in the bank at 0% interest. There is a better way.

The first step is to prepare. A market correction is defined as a 10% or greater decline from the market high or recent top. These guys show up every 3-5 years or so. It has been a bit since we saw one of these animals. Don’t be fooled. Corrections can be weird. Sometimes they trick us into a false sense of security by hiding for 7 or more years. They know they are more painful when they do it that way.

Bear markets are defined as a 20% or larger decline from a recent market top. These nasty devils educate the crowds usually at least once a decade. Yes, I know we are overdue.

Then we get the truly Armageddon style realignment of asset prices where the indexes are half the recent high. We had two of them in the first decade of this millennium, but that is unusual. 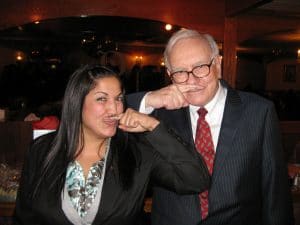 OMG! Warren Buffett is a Mustachian!

You must be mentally prepared for any of these declines in market value. We could go years before one of these declines arrive or it could start tomorrow morning. Nobody has ever proved they can predict market declines with accuracy so the only option is to stay invested at all times.

Protecting your money means preparing your mind. It’s all between the ears! Once you know it WILL happen you will not be scared into selling (AHHHHHH, the world is ending!!!) when we are enjoying a sale on investments. If you get good at this you will buy during these trying times and profit handsomely.

The best solution is to invest whenever money is available and always let it ride: up market or down.

Train yourself to not bury your head in the sand. I frequently tell clients not to look at their accounts when the market is in turmoil. Out of sight; out of mind. This is wrong. I say it so less astute investors, present company accepted, so they don’t destroy a lifetime of hard work building their nest egg to destroy it in an afternoon.

With some time and a bit of luck, you might one day be able to say, “I lost a million dollars today, and frankly, I don’t give a damn.”