You Still Get Paid 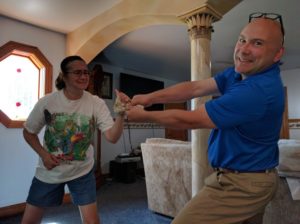 Reaching the lofty goal of financial independence comes with some secret advantages. Early retirement and success coupled with wealth allows you a freedom few can even imagine until it is reality.

What is this secret advantage no one is talking about, not even personal finance bloggers? Freedom to spend what you want and when you want, PLUS, you never have to get paid ever again for any work you do or from investments you have!

Just think of it. You work hard and save until you have 25 times your spending in liquid investments. Under the 4% rule you are ready to cash in your ticket. Since you have money you can turn on the spigot and splurge because you deserve it.

Even better, you can undertake all the things you enjoy while hearing people tell you you shouldn’t be paid for your services now because you not only enjoy the work but already have enough money.

The same rules apply to investing. Stocks you own can keep the dividend. Your renters should get a pass this month because they needed to buy a new boat more than you need the rent payment.

Ah, yes! Financial independence is awesome. No worries and a carefree life. Nothing stupid to mess up your day like getting paid for your side gig.

Harlan Ellison has a great rant about paying the writer. And he is right! If Harlan thinks writers get shafted for the work they do he should step into my world and see how fast people think successful people shouldn’t get paid.

Recently I made a mistake. I knew what I was doing and what would happen, but did it anyway. I was originally under the delusion Rockstar Finance  added you to their list once they discovered you had a blog in the genre. Stupid me.

Once the fog lifted and the mental illness evaporated I submitted your favorite blog for inclusion on the list. One question asked was about net worth. Curious, I decided it was time to look up all the stuff I own and add it up. I plugged the number and hit send.

Rockstar Finance listed me within a few hours but didn’t add the net worth figure. Not one to waste any movement I decided to write a post on my net worth.

My net worth is the highest listed on RF. I knew this going in. Later J Money added the net worth figure when he realized I wasn’t some schmuck gaming the system. Now people noticed and what I knew would hit full force did.

How much would you pay to have lunch with the poorest guy in town? Would you even sit at the same table with the guy for any amount of money?

What about your favorite accountant? How much would you pay to break bread over an hour-long dinner? Would you pick up the tab? Pay $300? $100?

This brings up a good point. The wealthier you are the more you deserve to get paid for your work!

I can hear the screams. Please sit down and let me explain.

Now with word out my net worth jumped into the eight figure category (it has since edged into the lucky $13 million arena thanks to the stock market and my Tesla holdings) some people have a different attitude about me.

A week or so ago I published a list of programs I planned for this blog. The final sentence asked if people would be willing to pay for the advanced material.

All the comments were insightful and polite. One comment stood out. The comment asked why I would charge anything since I already have enough money.

After all these years I still stop writing in stunned silence as I wrap my brain around the comment.

Once again, the higher you rise, the more you get paid! My fees have gone up, not down since this blog started. And it’s not because I am a dick either.

Imagine paying a doctor with the worst track record more than the doctor who practically performs miracles. Boggles the mind, doesn’t it?

Warren Buffett uses his wealth and fame to raise a lot of money for charity and all he trades is one lunch. (Not even a nice sit down dinner!) Warren is a nice guy so let’s say he opened the doors and allowed anyone who wanted to sign up for lunch with him for $1,000. Madness would ensure. Warren is one guy and can only afford to sit for so many lunches!

Some of my clients over the years figured out my net worth is getting up there. The way I talk and act sometimes gives away my financial success (luck). Most clients want to pick my mind when they come to this realization. Makes sense to me.

Periodically a client will insinuate I shouldn’t be paid because they are broke and I have too much. My response: Then why should I even bother to work.

As long as we are willing to this far, how about another step? If I (you, too) shouldn’t be paid for work I enjoy doing because I like the work and have plenty of money, should investments receive the same treatment? When Coca-Cola discovers Buffett is rich they can easily withhold paying the quarterly dividend to him.

For you folks in the landlord business reading, once you grow your nest egg to a certain predefined value determined by the people who need to pay you, you should no longer collect rent on your properties. You have enough! Stop being so friggin greedy! It’s revolting.

Okay. How about this? As an incentive to work hard, save and invest you receive the grand prize of not getting paid once you get, say, a million dollars. Talk about an incentive to keep producing!

As long as we are at it, I really have had my eye on those new all-electric cars from Tesla. They look like a sweet ride! Elon Musk (Tesla’s CEO) is a billionaire so I expect a shiny new Tesla S to show up in my driveway free and clear right soon. I’m going to pour myself a cup of coffee and sit on the front porch waiting.

The Rewards of Success

Having money doesn’t automatically turn you into a prick. I give plenty of my net worth and income to charity. I have had weak moments and handled accounts pro bono. Hardship cases of people screwed over by the system have a chance of being added to my client list.

Success is not an opportunity for everyone else to punish you. If you are so good you must keep working, harder than ever, to serve anyone who might need your services or products and for no pay, what’s the incentive! No wonder so many people decide to remain broke. Sure beats the alternative.

Time to put the obnoxious joking aside. 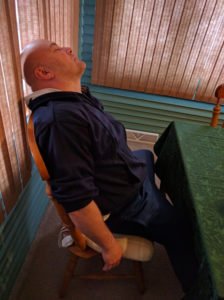 There is a real reason why successful people charge more. First, they are worth it and they have proven their value.

Second, and this is the real reason wealthy people charge more, there isn’t enough time to do everything and even if there was I (and other wealthy people) have earned the right to respite. Money is only the scorecard.

Fees and my income increase because I continue creating greater and greater value. Higher fees create a sort of firewall or filter. People who produce are inundated with people who want to kick the tires. If you allow, they will consume every second of your day. This is unreasonable and untenable.

I love helping people. Mr. Money Mustache sent this blog rocketing higher. My continued efforts here have kept the ball rolling. It took a while, but I finally have reached a good balance with my fees. What I charged when I only served a local market is different now that I earned the right to a national market. By increasing fees to a level where I can get work done in a reasonable time without hiring staff to tell people “no” all day is fair to me and to you, especially those paying me to do the work.

It gets better. Kevin Clack, has been working on this blog for a while redesigning it. The new design will have a tab called “Working with the Wealthy Accountant” where I will share the kind of work I will take on and my fees. Demand will have some bearing on the fee. I am accepting new clients again, but say this reluctantly so I don’t get swamped. My goal is quality service and advice at a reasonable cost. (Yes, you may request a consult. I may open more hours to new clients and consulting as new automation frees my time for important work helping you.)

Winning is not a crime! You should not be sanctioned or punished for success. So you reached financial independence and retired early. So what if you travelled the planet for a few years and now yearn for a side gig, business or even returning to the traditional workforce full or part-time.

No matter which path you choose you still get paid.