The Mistake Obama and Trump Both Made 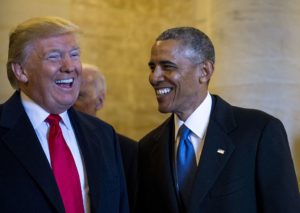 Eight years ago Barack Obama was hitting full stride in his first term as President. The economy was in tatters. The banking industry was only beginning to come to terms with the level of bad loans they had on their books. The largest insurance company (AIG) required a bailout to survive; the largest domestic automakers needed a bailout to preserve jobs; nearly every bank required assistance and every money center bank actually took assistance to weather the storm. This easily could have been another Great Depression.

So what did President Obama do in this desperate environment? Why, tackle health care reform, of course.

Every President has a short window of opportunity to build a coalition at the beginning of their Presidency to pass a key piece—or if lucky, several pieces—of legislation. These are the tough issues, things like major infrastructure investments and tax reform.

It was an honorable effort, but a tactical error that prevented any additional large, and necessary, legislation. (Yes, I am aware banking reform was passed along with other legislation. This will all become clear in a minute as I illustrate why the most pressing legislation never happened.)

And President Trump is making the exact same mistake.

Presidents get two terms max in the United States. After eight years it is time to bring in some new blood. If you loved the old guy, wave goodbye nostalgically; if you hated him, bid him good riddance. President Obama served his two terms and it was time for the new guy. The American people choose (well, the electoral college chose) Donald Trump.

Break out the confetti. A new guy on the job means another opportunity to pass significant legislation early in his first term. And what did President Trump choose as his key legislation? Why, health care, of course.

You would think Trump would have learned from Obama how easily healthcare can bog down your agenda. A litany of problems to solve devolved into a serious fight extending longer than anticipated when Congress went to work on a health care replacement plan.

Obama was lucky. He was able to pass major health care legislation, the Affordable Care Act. It was an improvement, but far from perfect. Many more people now have insurance and pre-existing conditions no longer leave you uninsured regardless of ability to pay.

The ACA also has serious flaws which need addressing. Insurance premiums are exploding and many markets have few, and in some cases no, insurance choices.

Eight years ago I explained to anyone who would listen that President Obama was making a mistake when he addressed healthcare first while the economy is what really needed attention. Fix the economy and the money would be there for healthcare reform, even a single payer option so coveted by the Democrats.

President Trump addressed immigration with executive orders which ended up bogged down in the courts. And there was no wall erected. The wall was a stupid idea anyway. We don’t need a wall. Remember President Reagan? “Mister Gorbachev, tear down that wall.” The Republicans should have been listening to their leader.

Then came the real first attempt at legislation. Tax reform and infrastructure would have to wait (and wait and wait) regardless how necessary legislation was needed. Health care, and more to the point, repeal of President Obama’s key piece of legislation, was first on the list. Once again it was a stupid idea with expected results.

Obama was lucky. With the economy in dire straits he was able to muster the votes to pass the ACA. With a large part of his political capital spent and the midterm elections costing the Democrats the majority in the House, any additional major legislation was impossible. To hell with the American people, not to mention the world economy.

Time to let President Obama enter the history books and play the Trump card. Obama is no longer President and has no hand in passing future legislation.

The issue here isn’t politics. Your opinion of Trump doesn’t matter. He is the President and if things are going to get done he has to take the lead. 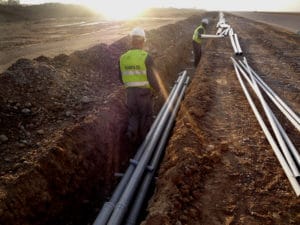 By picking repeal and replace (or just repeal) of the Affordable care Act it was inevitable the President’s agenda would struggle in the deep quagmire of mud the runs down the halls of Congress. It was also the worst choice Trump could make.

Trump watched Obama spend every drop of political capital on health care while the Federal Reserve was the only game left in town to deal with the economic issues punishing the country. It was a bad choice then; it’s a bad choice now.

Since it is always easier to play armchair President, I will share what Trump should have done to save his Presidency. (Obama should have taken the exact same path and he would have kept the House and passed serious additional legislation of his liking.)

Trump has it all backwards. He is right about the issues needing attention. Health care and immigration are important. Tax reform is beyond desperate need. And infrastructure is embarrassing the nation as our roads and bridges crumble like those of a Third World nation. We can do better.

If Trump would have hired me I would have advised a different approach, one that would have given his entire agenda a fighting chance of being passed.

My advice to the new President would be this: Turn the whole process around. Attack infrastructure first. A trillion dollars of infrastructure spending would have caused an economic boom with plenty of good paying jobs here at home. The increased economic growth would not stop at the jobs dealing with the infrastructure. High-speed transportation (once again so we can join the 20th Century—you read that right), better roads and updated airports would increase productivity.

Business would boom for decades. Trump would be an easy two-term President with this single change of policy. The advantages to the economy would continue into the foreseeable future.

The tax revenue would pour into the government coffers! Now you have the money to fund health care initiatives and tax reform. Who would argue with a President who produces such success? He would have been a demagogue! (Opps! That part he covered himself already.)

Think about it. The only way to move forward in this country is to start doing things differently. President Clinton wanted to tackle health care out of the gate and went nowhere. Obama managed massive legislation on health care at the expense of the remainder of his agenda. Trump is nearly out (if he isn’t already) of political capital.

Trump’s only chance to save his Presidency is to do a 180 degree about face, dropping all issues save infrastructure.

The Republicans might actually go along with it; the Democrats would salivate over the prospect. The Republicans are so desperate for a win (or any legislation to pass Congress) this crazy idea might just work.

An Open Letter to President Trump

Mister President, it is time to stop screwing around. Stop hiring idiots with no training or idea on how to run the U.S. government, the largest organization on the planet. Stop draining the swamp! The swamp is there for a reason. Get rid of all the wetlands and the wildlife dies! Time to let the swamp do what it does best. Use that to your advantage.

Focus on infrastructure. Provide massive financial support to each state to fund projects of their choosing. Also demand certain projects get attention. The trillion dollars of spending is spread out over many years. The increased tax revenue will lessen the impact on the deficit, but make no mistake, the deficit will go up to pay for this. 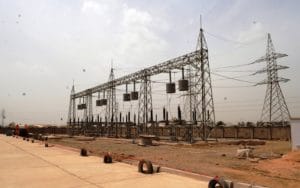 We need high-speed rail and other advanced forms of transportation to compete with the world. It is time to pull out heads out of our arses in this matter. Time to act like a world leader instead of playing catch-up all the time. Use your unique way with words to get Congress to do the right thing this time.

Part of infrastructure is rolling out an overhaul of the electric grid and converting our society to renewable sources of energy. We can always sell our oil to countries less enlightened. We will lead the world once the transformation is complete with the lowest costs of production. Jobs will be outsourced around the world to the United States as we will be the best choice for business.

Solar and wind energy must be part of the mix. Considering the entire infrastructure program, solar and wind installations will be a small part of the expense. Battery storage and transmission lines must also be including in the process. This will bring down energy costs for the American people and businesses.

Tax incentives for businesses and homeowners to invest in battery storage technology and energy production will power the economy forward without the government footing the entire bill. Citizens and businesses will be partners with the government in transforming this great nation of ours.

The rapidly growing economy will be the envy of the world. The expanding tax base and increased government revenues will allow for tax reform, and (gulp!) dare I say it, tax cuts.

Health care will be easier to tackle once the real problem has been addressed. Hard to get emergency medical care when the road is so bad you can’t drive on it or the bridge is out.

Immigration is the least issue, but does require attention. We don’t need a wall; we need an effective partnership with our neighbors so they have opportunities at home. There is nothing wrong with allowing people from around the world (even Mexico!) to dream of coming to America. Isn’t that what it is all about?

Gives you that warm and fuzzy feeling, doesn’t it, Mister President? And it is all yours if you can find a way to put the swamp to work productively. You do know how to make deals, don’t you?

Or, if you prefer, we, the American people, can sit around all day and complain about your performance.