Optimism and the Fountain of Youth 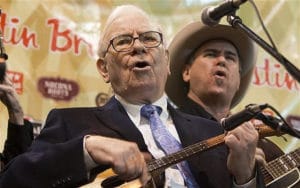 When Donald Trump won the Presidency many people were elated. Many more were depressed. Others felt scorn, concern, nervousness, helplessness and betrayal. How could this happen? A man with no political experience and a fire brand built on controversy win the election?

Shortly after the election Warren Buffett was quoted as saying America would be just fine with Trump as President even though Buffett supported Hillary Clinton. He said America has the “secret sauce” to keep the nation strong and growing. It did little to sooth the nerves of people fearful what damage a political unknown could do to the country or the world.

Warren Buffett made a career out of optimism. From an early age he always felt America would keep growing and the standard of living would keep rising. Recently in a Berkshire (a public company he runs) annual report he espoused how good things were. (This was before the election season started.) Buffett outlined how even 2% GDP growth coupled with the low population growth of the U.S. would add 34.4% to real growth over the next generation. This is on top of our already high standard of living.

Where does such optimism originate? Better still, can we have some? Buffett’s optimism has made him one of the richest people to have ever lived. He sees brighter days no matter what the economic conditions.

Today we will discover how and why optimism is the source of all wealth and a virtual fountain of youth. We can have more and live longer. Warren Buffett is pushing against 90 years of age and is spry as ever. He drinks soda and eats junk food every day. If anyone has a secret sauce to happiness, financial independence and long life Buffett is the guy.

The Numbers are so Depressing

There is so much to be depressed about. Income inequality means the rising standard of living will leave many behind. The economy is stuck in low gear. And, OMG!, what if it starts growing faster now. Trump will get the credit, or worse, a second term.

Finding optimistic people to spend time with is difficult because so few are optimistic. Instead they are broke and for good reason.

Reading is even harder. You need to read to learn, but news reports as practically assisted suicide. I’m waiting for a prosecutor looking to make a name for himself to cash in on this bonanza.

Normally the books I read are uplifting. Two recent books I read are testing my resolve. I finished The Great Leveler by Walter Scheidel. The book was good, packed full of useful information and backed by solid research about income and wealth inequality throughout history. 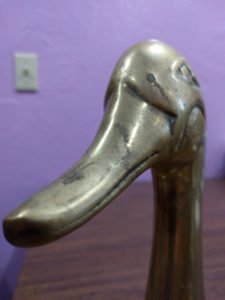 Unfortunately history doesn’t have many sample of income/wealth inequality leveling out unless enforced by mass military mobilization (especially for the loser of the war), plague/famine, revolution or societal collapse. The record is clear and not reassuring. History is clear inequality continues to grow in starts and spurts until it finally is released by a violent event forcing a leveling between the top 1% and the lower or average income/wealth levels.

Scheidel tried hard to be upbeat in the face of such information. At the end he put on a brave face and provided the best examples of leveling that was not accompanied by devastation. He was grasping at straws. History is clear, but not without hope.

I am currently reading The World as it Is by Chris Hedges. Hedges could turn a lottery win into an opportunity to slit your wrists. He doesn’t even try to put on a happy face. The World as it Is is comprised of 66 short essays on world events. So you understand what I am talking about, here are a few essay titles: It’s Not Going to be OK, So Much for the Promised Land, Liberals are Useless (don’t feel bad conservative, he gave you the same treatment), Man is a Cruel Animal, Confronting the Terrorist Within, The American Empire is Bankrupt and No One Cares.

Forget about any attempt for a happy ending. It is endless whining and complaining. All is bad, all is hopeless, why even bother to try. Ich!

I bought Hedges’s book after hearing him speak. (I don’t remember where. It was on TV or a video or something.) Hedges is an intelligent and articulate man with a compelling story. His voice resonates and draws you in. I enjoy the reading while I disagree with the message.

I bring up these two negative books for a reason. Before we can delve into optimism we have to define the enemy of optimism so we can avoid it.

I recommend both books above. The Great Leveler is powerful information we can use to avoid the pitfalls of history. The World as it Is provides an alternative look at the difficulties facing America and the world. Rather than part with hard-earned coin I would visit the library for both books. If you need a research tool The Great Leveler might be worth the purchase.

You, as I, will face negative messages daily as we travel through life. Warren Buffett faces the same headwinds you and I do while remaining as unflinching in his optimistic determination the world is getting better.

The facts support Buffett. Crime is down in virtually every category in most Western nations and even most non-Western nations around the planet. As I write we are approaching a decade of steady economic expansion. Growth is slow, yet steady. No overheating to destabilize the economic growth pattern. Interest rates are low, inflation too. In America taxes are among the lowest of the developed nations.

Our standard of living is continually rising. Even the poorest are significantly better off than a mere 50 years ago. We live longer and have more opportunity than ever.

Health care might be exorbitant in the U.S., but we have more therapies to live longer. Cancer and heart disease are no longer a guaranteed death sentence. We can even abuse our bodies smoking, overeating and neglecting proper exercise and still enjoy a longer life expectancy than our parents. God, we are lucky to be living in such an awesome time and place.

Work is easier too. I grew up milking cows.  The number of cows one man (or woman) can milk at a time is astounding compared to how I did it back in the late 1970s.

Tax preparation is radically different! The amount of work we get done would have taken double the employees five years ago. My clients will be happy to hear I upgraded several new pieces of technology in the office. Tax returns will be finished faster this year due to this new technology. We tested the system on a live return earlier this week with impressive results.

Traveling in modern times is a pleasure (unless you plan on flying). We can get anywhere on the planet in a day or less if we had to. Travel across country is started and finished all while the sun shines for one single day.

Travel is also safer than ever. We can visit Aunt Edna in Tupelo as a day trip if we desire; we can visit Uncle Fred in Adelaide, Australia with no real inconvenience at all.

When I graduated from high school 35 years ago gasoline was $2 a gallon. It’s not much more now than back then. And the percentage of our income needed to feed ourselves is lower than ever.

We have more and it goes further. We are always connected (not always a good thing) if we want to be. We can visit grandma on the other side of the globe at zero cost. Just dial in your Facebook or Twitter account.

Not all is good news, I understand. Education costs are exploding. However, the cost of learning is cheaper than ever. Books are free from the library or at your doorstep in hours or the next day from Amazon. Training courses are cheap and available in nearly every city of any size. Blogs and other online resources have more information than you can possibly consume.

Medical costs are an issue in the U.S. However, Americans can hop on a plane and get better and cheaper health care for procedures with any significant costs attached. Emergency care is still an issue, but we are optimists. We will find a way. 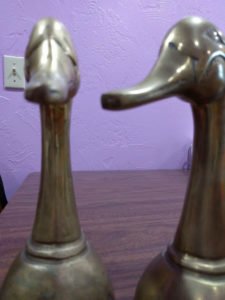 Life is good. It has always been good. We choose to be miserable.

Optimism does something to us. Optimism allows us to feel satiated and happy, content. Knowing tomorrow will be better than today is a powerful mental tool for appreciating every moment of precious life we have.

Why is Warren Buffett still working at his age? Because he is happy doing what he does. He sees the world as a glass completely full and overflowing with wealth. He picks some up for himself and his shareholders, leaving plenty for you and me to enjoy as well.

Wealth is between the ears. Wealth is not about money, but optimists generally have more of that too.

Optimists also found a fountain of youth. Have you ever notice guys like Buffett look so darn young for their age? It’s not money either. I know plenty of rich people who look like something the cat dragged in at a young age. Optimism takes years off. Buffett skips to work every day not to get more money (that is just the game he plays and the scorecard) but to see up close and personal the constant improvement of the human condition each and every day.

Elon Musk, another mentor I admire, warns of A.I. and other catastrophes humans are certain to eventually face. But Musk is an optimist! He doesn’t cry about the risk or inevitability; he defines the problem and then rolls up his sleeves to solve it. Musk knows you need to identify problems before taking actions to resolve them.

America, China, the West and humanity are not dead! These are the best of times and better still are coming. There will be bumps along the way, of course. A meaningful optimism needs periodic excitement.

You and I are lucky. The first step toward wealth is to recognize this fact. All I had all those years ago on the family farm was optimism. I knew I could do it. Had no idea how, but I knew it would happen. From that moment forward I was wealthy. It wasn’t long before it revealed itself in my investment portfolio.

Or, you can be a sad Gus complaining about every minor inconvenience, endlessly calling for the next market crash, Great Depression or the end of time. All we ask is you sit over there in the corner where we don’t have to see you. It’s such a bummer when you are around.