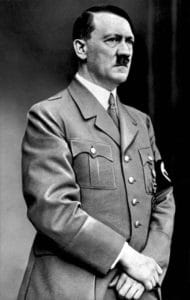 Imagine you had a time machine. You could go back in time and change anything you wanted. A past mistake could be erased, a missed opportunity taken, a relationship saved. If I had such a time machine I would change nothing. I would leave everything exactly as it happened, including all the regrets.

A popular attitude suggests many people would go back in time and kill Adolf Hitler before he committed his crimes against humanity. I wouldn’t. I would let the approximately 60 million people died; I would allow the gas chambers to continue.

Why would I pass a chance to save all those people? Am I really that cold? No, I am not that cold, but I do know everything happens for a reason. If Hitler didn’t do what he did more than a billion people could have died and the human race sent back to the Stone Age.

Imagine a time machine existed allowing anyone to go back and kill Hitler before the nightmare began. Imagine someone bumped off little Adolf when he was a wee tyke. How would human history have evolved differently.

Well, for one, scientists would not have been motivated to split the atom quite so soon. But make no mistake, scientists were getting close to discovering the mystery of splitting the atom. The atomic bomb wasn’t concocted out of thin air when the desire for a big BOOM was needed. No, human knowledge was getting close.

Like World War II, such delicate programs would have been conducted in secret. Many nations may have built a nuclear arsenal unbeknownst to anyone else. The itch to use such a massive weapon to gain geopolitical advantage would have been immense.

One small conflagration could have started a limited nuclear exchange. Consequences would have been somewhat unknown. All politicians would have known is that an entire city or army could be crushed in an instant. Nuclear fallout and secondary damage would have been speculation and curiosity only.

A geopolitical event leading to a limited nuclear exchange would easily turn into a full-fledged nuclear exchange. Approximately 2.3 billion people lived on the planet in 1940; more by the time a nuclear event would have been likely.

A billion or more people would die in such a scenario. And it all is a likely possibility if Hitler didn’t do what he did.

There is a difference between going back and changing something you regret in life and wishing you hadn’t done it. Except for psychopaths, we all have things we wish we had not done. Wishing we had not done something is the result of learning a valuable lesson.

Like Hitler, there would be negative consequences if you went back in time and changed a negative event in your life. Negative events teach far more than positive events. Failure, and all the accompanying pain, motivates learning better than any other thing. Take away the failure and you lose all the motivation to learn and change.

Where do you think personal finance bloggers get these ideas? I can assure you it comes from mistakes; big, fat, juicy financial bloodletting mistakes. We put our pants on one leg at a time. No special sauce gave us an advantage. We learned from reading, research and experience. There are no shortcuts.

But what about the really big mistakes? A marriage destroyed in a moment of lustful passion or an intoxicated decision to sit behind the wheel leads to a lost life. The consequences will be life changing for you regardless, and the legal or criminal justice system will not be the only ones meting out the pain.

Since it is easier to be sorry for doing something than traveling back in time, you had better get used to accepting where you are in life. The bad decisions can take a toll.

Changing time is not possible. All you or I have is the ability to feel sorry for our actions and make amends if possible. Even with amends it doesn’t change what happened; amends only allow all parties to live with the reality of what happened.

The Stoics understood this all too well. Epictetus says there are only four things you have complete control over: how you interpret what happens to you, how you respond, moving toward something (attraction) and moving away from something (aversion). Of the four things you have complete control of all take place between the ears. Attraction and aversion are not physical acts; they are mental. Your response to events is a mental act. You control completely your mental response. Your response in the physical world is limited by many factors.

Regret is normal; shame is normal; fear is normal. The emotional response to stupid things done is normal. You did what you did because it seemed like the right thing to do at the time. Maybe you talked yourself into an affair feeling it would remain a secret and harm no one. Maybe driving impaired didn’t seem so bad. What are the odds of an accident? I’m not that drunk.

And then you start wishing. Wishing you could go back in time and change things; undo what you have done. Once again, it is easier to be sorry, learn a lesson and face consequences than travel back in time. So all we have are the time worn words of Epictetus, a slave who won his freedom.

The natural evolution of this blog is to provide intense programs to help people meet their goals. A current, in progress, redesign of this blog will incorporate some of these abilities so rolling out a program will be easy when I am ready.

The first program is already outlined and ready for production. But hold onto your hats, folks; the program is for convicted criminals! That’s right. I have outlined a twelve week program on how to reach financial goals for the toughest crowd imaginable. 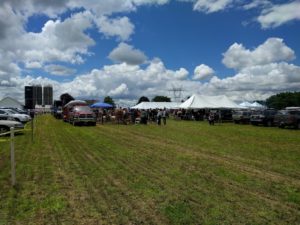 The decision was easy for me. Wisconsin currently spends north of a billion dollars per year on prisons and a large number of these people are there for weed and alcohol. Most are not bad people, but their life is really messed up due to a bad choice.

My program will not help incorrigibles. Good people who just did stupid things—is anyone excluded—need a way to get their life back. A society is not better when you take away all hope for a large fraction of the population.

Over twelve weeks my hope is these people will learn how to hold their head high and stop wanting to change time, accepting life as it is. I don’t care if they killed someone in an auto accident while intoxicated. They can be sorry for their prior actions, but life is as it is. This program isn’t about wishing.

The outline is fleshed out and may be expanded to sixteen or twenty weeks in the future. I submitted the proposal to the proper authorities to move forward. As of yet no word.

There is a reason to expect no response. If my work reduces recidivism, the people in charge lose job security. A successful program means there is less need for jail and prison guards, fewer prosecutors and judges, fewer taxes required for a smaller police force. The criminal justice system lives on failure. Doing the job right, successfully, harms their job security. We’ll see how enlightened they are soon enough.

I can hear you already. “It’s not fair! Why do criminals get this powerful program, but not me?” Glad you asked.

Part of my proposal insists the program be recorded to teach others in Corrections to learn to do what I do and to publish each session online (YouTube, et cetera). Recordings also allow me to review my performance to improve my skills and update properly.

Still, the first program is designed for criminals willing to integrate back into society.

Phase three includes the general public. You, kind reader, are not forgotten. All three phases can take place simultaneously. Once I flesh out some of the issues with the offender’s program I will be ready to start building the general program for the masses. Victims will have their own program shortly after the initial phase.

The offender and victim programs are relatively easy to do. I prepare the program and present each week until the program concludes. A government official will record the program for future use and publication.

The program planned for you, kind readers, is much more intense. Your training program will cover closer to twenty weeks. Reading and videos will be part of the program, including assignments that push you toward financial independence quickly.

The program will show you how to start and maintain a successful business and how to build a large net worth fast. The best part for many is reaching financial independence in as little as five years. Each situation is different. Most can get there in five or so years, even if they are at zero. Others deep in debt or with physical limitations will take longer to achieve their goals.

This blog’s redesign will incorporate the ability to disseminate this type of program. The cost of producing the program will be steep so it will be a premium product (my fancy way of saying I’ll probably charge for the program).

My guess is this will take about a year to get this into your hands. Patience, kind readers, it is a virtue.

I am excited about this program. I hope the local government takes me up on the offer. It would be a great starting point to iron out any issues while serving the community. If not, the program for the general public will still move forward.

Do you want to sell sugar water for the rest of your life, or do you want to come with me and change the world?  —Steve Jobs to John Scully, then President of Pepsi.

For the past 33 years, I have looked in the mirror every morning and asked myself: ‘If today were the last day of my life, would I want to do what I am about to do today?’ And whenever the answer has been ‘No’ for too many days in a row, I know I need to change something.  —Steve Jobs