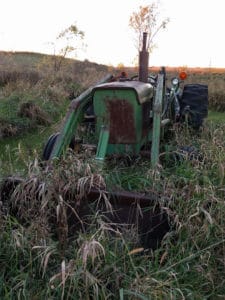 As an accountant I don’t want to leave anything to chance. People invest in firms with proven track records that exceed the norms. Therefore, my investment company will start several investments with only my money at risk. Several different strategies will be used to see which ones outperform. Underperformers will be closed without any investor money put at risk.

Before you start shedding tears for me, know I only invested a token amount into each fund. My loses were small and so were the gains. I just needed to know which ideas worked best.

Only the winners will be offered to the public. That means you, kind reader. Only the finest for those reading my blog.

Once the deadbeats are eliminated I can provide paperwork showing the wonderful returns on the winning investments. In fact, every investor from now on will see investments returns that include the numbers when the investment was really small and unavailable to the public.

Since the early, and unavailable to you, outperformance carries the same weight as the future returns when the fund is larger, the investment might have lost money overall and still claim a positive long-term return to investors. In other words, results are not weighted.

Oh, but the Wealthy Accountant knows future returns eventually catch up to a guy. So, I will close funds that take’er on the chin. Nobody wants to see that kind of thing in this investment company. Only survivors get to live on around here. For the laggards: OFF WITH THEIR HEADS!

Hey! Look Everybody. Darwin’s back

How many want to invest in my company now? Thought so.

First I salted the mine, if you will, by only allowing winners out of the test phase and then I killed the losers so you only saw outperformance. I look like a genius! I top the market by several percentage points after all those pesky fees I have to report in the prospectus. Call me Smarticus!

Survival of the fittest is the rule in the investment arena. Only outperformance is rewarded. To keep things going I will need a few baby funds in the incubation stage at all times in case too many in the public view take a shellacking.

Before you start insulting me, I never had any intention of misleading you! I had these great investing ideas and back tested them to see if they would work. Those working well on paper were taken to the incubation phase. Finally, the investments excelling in a real world situation were introduced into the world so everyone could partake of my intelligent investing skills. I would never ask you to invest in a loser. Fingers crossed.

As for the investments showing strain as the years roll by, well, you wouldn’t expect me to keep an old idea past its moment in the sun, would you?. You are my people. Only the best for you guys! When the numbers sour, out it goes!

Of course, I get paid fees for managing the investments. Nobody wants to invest in a loser so why should I waste my time on an investment not churning out enough fees for your favorite accountant. Geesh!

Earlier this year Jim Collins (jlcollinsnh), Carl (1500 Days) and I got together at Conclave to hammer out all the pressing problems of the world. Things have been a darn sight better ever since. Even the sun shines brighter. So it goes.

Two very intelligent women were there. The guys knew a thing or two, too. (Ah, who am I kidding?) It was a rainy Wisconsin weekend for our get-together. We enjoyed a Spotted Cow beer or three and talked shop. Very relaxing and informative.

When you have three personal finance bloggers in a room you can expect one to open his laptop and check his statistics eventually. When one goes, they all go. Call it a weakness.

Jim Collins is noted for his incredible work in his Stock Series. I highly recommend reading his work. Don’t worry! I’ll still be here when you get back.

On the last day of Conclave an interesting comment appeared on Jim’s blog from a guy named Ron. He seemed nice enough, but soon showed a thin skin. Before long you couldn’t help wondering if he was a paid spokesman for the actively managed mutual fund industry.

What Ron doesn’t know is I was in the room as Carl and Jim responded to him. I stayed out of the conversation online while we discussed among ourselves the best way to handle the painfully inaccurate comment from Ron. The worry was readers would see his comments and come away with false knowledge and suffer the consequences.

First, American Funds does have some impressive numbers. I have no idea how many funds made it out of the incubator or how much survivor bias plays a role. Not every American Fund investment outperformed, though some did by a small amount.

Fund performance rarely includes the load fee paid up front and sometimes also excludes trailing load fees with only a footnote for those who notice.

Ron’s argument actively managed funds are better than index funds is proven wrong by every broad survey of investment returns. Some actively managed funds do outperform their benchmark! With the number of funds out there it is mathematically very likely some will do that as background noise. It’s a statistical certainly a few will beat their benchmark by sheer probability. Still, there are a few that keep pumping out good numbers for a long time. Peter Lynch and Warren Buffett come to mind.

Past performance is not a guarantee of future returns. The outperforming manager of the last twenty to thirty years is enjoying his retirement now. The new guy has a much larger fund to navigate through the investment minefield. Plus, it is harder to outperform the bigger you get. By default a really large fund becomes a de facto index fund. By its sheer size it has to buy a lot of everything to stay fully invested or reasonably so.

Ron was wrong and he knew it. He is a smart guy running around the blogosphere preaching half-truths that put the less informed at risk. If Ron thinks actively managed funds do well he should see how some of the guys perform in their mad money account in personal finance blog arena. Some of those numbers are impressive. Ron would have to be impressed with double digit outperformance! But small accounts can do that a lot easier than any account of significant size. Probability dictates somebody will win big if enough play, like the lottery. Still, it’s a bad financial decision.

All that said it is no surprise Ron made his way to this blog with the exact same agenda. If he isn’t paid a huge salary by American Funds he is an idiot considering how much work and time he puts in plugging them. 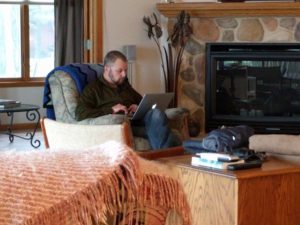 Carl (1500 Days) checking his stats and trying to talk sense into Ron.

I set the poor boy back. He only commented once and followed it up with an email. I have no problem with personal opinions in comments. Material misinformation is another story. Don’t tell readers actively managed funds are better without a link to a reputable source proving your point.

You know, I would have left Ron’s comment alone if it weren’t for my earlier experience with the guy on Jim’s blog. Poor Ron is upset with me and for good reason. However, this blog is here to help people, to make a difference in the lives of people who happen to wander in. An opinion here, even if I think it is wrong, is allowable. If I discover it is a pattern to mislead and misinform, I have a moral obligation to step in.

This blog is about money, taxes and financial independence. The road to success is straightforward. But there is room to wander a bit, too. Some things make no sense at all. Overspending, gas guzzling vehicles, high interest debt and a low savings rate are not part of this agenda. With rare exception, a very rare exception, actively managed funds might play a modest role in your portfolio.

If I had to choose an actively managed mutual fund, American Funds would be on my list.

But I still won’t do it and I have more than enough money to weather an actively managed mutual fund’s underperformance.