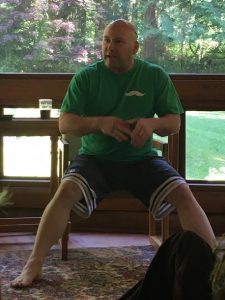 On a recent ChooseFI podcast where I was the guest speaker I mentioned the possibility the backdoor Roth and her sister tax strategy, the laddered Roth, could be going away. Many people heard me say it WAS going away. That is false. It is only a proposal at this time.

Most ideas for tax law changes never see the light of day or are significantly modified before becoming a law. Some ideas become law in a few years, other may take a decade or longer before working through both houses of Congress and signed into law by the President. As we review the ideas now floating around Congress I will give my opinion on the likelihood the change will take place and how soon.

Remember, this is one guy’s opinion. My opinion carries weight because I have decades of experience. I also rely upon sources outside my own viewpoint, such as continuing education courses I’ve attended, The Kiplinger Tax Letter, and calls to several Congressmen. (It should be noted I rarely get to speak with an actual lawmaker. Usually I speak with a staff member. They can still be very helpful with potential tax law changes working through the system.)

What’s All the Hubbub, Bub?

The Republicans control both houses of Congress and the White House. There is a strong desire to cut taxes on businesses massively while not raising taxes on individuals. This is easier said than done. Cutting the top tax bracket for most businesses to 15% – 20%, while leaving individual rates unchanged, would blast a multi-trillion dollar hole in the federal budget. This is a serious problem.

The only way to make it work is to reduce or eliminate deductions and tax strategies. Congress can pass a tax bill without a tax bracket increase and claim they didn’t raise taxes even if what you owe goes up. But if you pay more in taxes it is a tax increase! So you can get a tax increase while the politicians smile big claiming they didn’t raise anyone’s taxes. Taxes make liars out of everyone, especially politicians.

Some changes make sense even if they hurt the demographic reading this blog. I don’t like the idea many powerful tax strategies might go away, but I understand why Congress may plug certain tax loopholes. Always remember I am on your side.

The original premise of this post started from my statement the backdoor Roth and laddered Roth would go away. I love the backdoor Roth, but it is really an end around of what Congress intended. The current law says you can contribute into a Roth IRA until your income reaches a certain level and then the Roth option is phased out until it is completely unavailable to high income taxpayers. The backdoor Roth is just a sneaky way to do an end around regardless of income. The laddered Roth the same.

Since the backdoor Roth raises very little tax revenue it is an easy target. Money not invested in a Roth IRA might be spent, increasing economic growth, leading to modest increases in tax collections by the government. The real advantage is down the road when the tax-free growth is taxed instead.

Once again, now is not the time to panic. This is NOT tax law yet. It may never happen. It could be effective January 1st of 2018, which is the earliest I think it could happen. A more likely outcome is a January 1st, 2019 effective date. Time will tell.

What all this talk of reducing the advantages of retirement plans you need to kick it in the tail and max out those retirement accounts now while you have the full advantage available. If ever there was a motivation to supercharge your FI goals, now is the time. The backdoor Roth and the following ideas to change the tax code makes waiting to up your savings rate a dangerous, expensive and wealth endangering exercise.

Many of the ideas being toyed with by Congressmen are vague. What is coming out of Congress in whispers are not complete tax code changes. Some of what is reaching my ears requires some background tax knowledge to understand what is probably being proposed. Some of these ideas are so vague I am only making an educated guess as to how the change would be accomplished. Regardless, you need a basic understanding of what lawmakers are anticipating changing in the tax code. It is essential in your tax planning process.

Many of these proposals come from a 2014 tax reform plan that never got traction. As mentioned above, these things frequently take time before they start moving forward. Variations of some of these proposals are likely to be enacted.

Now it’s time to scare the bejesus out of you. 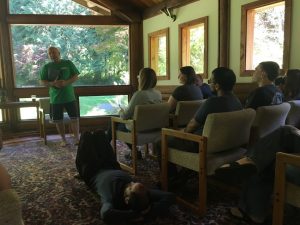 Have a seat, kind readers, there are lawmakers serious about a proposal to reduce the amount of pretax contributions to your 401(k) by up to half! The current annual contribution limit is $18,000 with an additional $6,000 allowed for those 50 and older. This means you could only deduct up to $9,000 per year or $12,000 for older taxpayers if this proposal is enacted. The key word here is pretax. The contribution level would still be $18,000, but any amount over $9,000 would automatically go into a Roth 401(k). On its surface this may not seem like a serious issue. However, it takes away a massive planning tool. Many credits are calculated off total income or adjusted gross income. Your mix of retirement investments between traditional and Roth plans can be modified each year to maximize your tax savings. If this controversial proposal becomes law it will seriously curtail your ability to reduce your tax burden by adjusting your retirement investment mix.

The above proposal also means if you are in a higher tax bracket while you are working—a common occurrence—you will be limited in your deduction at today’s higher tax rate and will be unable to take advantage of your lower tax rate in retirement.

Another idea floating around is to eliminate all traditional (deductible) IRA contributions, limiting IRA contributions to Roth IRAs only. As much as I love the Roth IRA, this accountant is horrified over the loss of flexibility from the loss of deductible retirement contributions. People do not save enough already in the U.S. These proposals will take away a massive incentive to get people to start or continue to save and invest.

Short-sighted goals to raise tax revenues for the government will end badly. The low savings rate of the U.S. would be forced lower to raise a small amount of revenue to offset massive tax cuts for businesses. The small added gain to economic growth would be temporary. With fewer savings, hence a smaller personal safety net, would exacerbate future recessions and strain the system more as people age; forget about early retirement.

Another bone-headed idea is to eliminate the Simple 401(k) and SEP plans. Existing plans would be grandfathered. This idea has been bounced around for several years now. If you are able to open a Simple 401(k) or SEP, now might be the time to preserve the option. (Note: Simple 401(k) plans look and act a lot like SIMPLE IRA plans.)

If all this isn’t damage enough, there are some lawmakers who favor cutting the cap on retirement contribution by employers and employees or freezing the contribution limits so they are not inflation adjusted. The Republican proposals are built on a foundation of discouraging savings and investments. Your favorite accountant does not favor short-term solutions to solve long-term federal budget problems. It seems to me if more Americans had a higher liquid net worth it would be better for the country, not worse.

According to Kiplinger (not an affiliate link), the White House claims retirement plan incentives are safe. Considering the current environment, I take no comfort, nor do I trust, what comes out of Congress or the White House. This could be a fight for the ages. Stay tuned.

There are several proposals to improve S corporations. The most notable is allowing IRAs to be eligible shareholders. This could open powerful possibilities if it becomes law. There are additional S corporation changes proposed, but they will affect a much smaller group. Due to their complexities and time I will leave that discussion for another day when it appears the changes are imminent.

The one piece of good news seems unlikely to become law unless it is part of a larger tax reform bill.

Sorry for the downer this morning. It was too important to leave unsaid. You, kind readers, need this information to plan accordingly. Now more than ever it is imperative you increase your savings rate now. Eliminate debt, save and invest. A solid plan can reduce the damage the government inflicts. Those who wait will take the full blunt force of the assault.

As readers of this blog there is no need for you to be the victim.