How I Get Everything from Amazon for Free 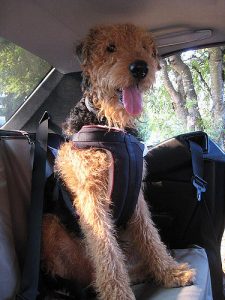 And just think, you get $25 while Fido takes all the risk.

A few years ago Mrs. Accountant and I attended our first Camp Mustache in Seattle. It was my epiphany to the personal finance community. Sure, I had decades of experience under my belt and a history of writing on the subject, but never before did I have such a platform to spread the gospel.

It didn’t take long for people to know who I was. I have that effect on people. Many attendees were still working a job as they moved toward financial independence and early retirement. From the minute I arrived people knew I was a tax guy. People were interested in what other people did as they worked toward their financial goals.

It didn’t take long before Mrs. Accountant was asked what she did. She hesitated for the smallest fraction of time. It was a tell. But Mrs. Accountant is fast on her toes; you have to be if you live with a crazy accountant. She said, “I work in his office,” pointing to me. Of course, they pressed her for details on the kind of work she did in my office. It wasn’t pretty.

Later, when Mrs. Accountant and I were alone, I explained to her that this is one group you don’t have to bullshit. They get the early retirement thing. Somewhere back in her early 30s Mrs. Accountant checked out of the regulated work routine. She did what I was supposed to do.

Early retirement doesn’t mean ‘waiting for death’. Mrs. Accountant is very active. Sometimes it takes me upwards of an hour to catch her. I’m getting old.

The best part about Mrs. Accountant taking an early retirement is that I eat in a 5-star restaurant every day. Every day! We rarely dine out because nothing compares to what Mrs. A can put on a plate.

Mrs. A has a busy day. Sure, she gets plenty of time to read and relax; something her husband has a hard time doing. She also does plenty of work (Ick! That 4-letter word again.) around the house and farm. She takes care of the chickens every day and, except for repairs and maintenance, keeps the household running smoothly.

She also guarantees I never pay a cent for anything I buy on Amazon.

Retirement is more profitable than working at times. The free food from the garden and meat from the barn is tax-free income because we never have to spend much for our food. And you don’t pay tax on what you could have spent on something. Mrs. A turned us into Free Birds.

There is one other thing she does: product testing. Our annual spending dropped below $30,000 this last year and it seems to decline slightly each year that passes. We just lost the desire to want stuff. To keep up with what is going on in the world around us Mrs. A has product testing.

She has quite a list of resources available to her (she uses iPoll the most).Several days a month she checks all the polls that pay her for her opinion. The best part is the offers of product testing. Companies send her lots of stuff to test and pay her for doing so. Tooth paste, candy, hand lotion, and even boxes of buns have arrived at our home for testing. Some stuff is really bad and she lets the manufacturer know about it. Other times stuff is really good and she shares that too. Most stuff is only okay.

It’s more fun than profit that motivates Mrs. A. She likes doing it so I support her efforts. There is also a side effect. Polls pay a buck or so, but product testing pays on average $10 to $25 a swing, sometimes more.

We started by taking Amazon gift cards and then moved to PayPal cash when we discovered we did not spend all the money Mrs. A earned testing products. It bothered me Mrs. A did all that work and was not allowed a discount when taking cash. The Amazon cards were frequently worth more so we went back to them.

I hate shopping, even online. I’d rather have a root canal than shop. That is why I leave the task to Mrs. Accountant. But all that money accumulating in the Amazon account was disconcerting. Mrs. A can pull in several hundred dollars a month testing products. And when you have a household filled with people allergic to shopping it becomes a problem. That money should be invested, earning more money, while waiting for the day in will never get spent.

If all we spent money on was personal stuff we would never in a lifetime use all the Amazon money. Your favorite accountant came up with a solution. The tax office needs stuff more than our household. The business bought office supplies, digging into the stash a bit. Still, $3,000 (and many times more) was added to the pile each year. That is a lot of office supplies. We don’t buy toner because it is included in the service contracts. Paper is free because I have a print shop for a client and they load me up on paper in exchange for doing their sales tax reports. (A hell of a deal.) When paper and toner are removed from the equation there is not much spending left in the office either and employees refuse to take their paycheck in Amazon gift cards.

At least we used some of the bounty. 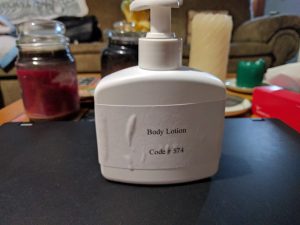 Collecting stuff is a sickness. At least my sickness doesn’t fill storage sheds. By now you probably guessed I collect money. More accurately, I collect investments. You will not find a fancy car in my garage; it is a bank repo I bought over 10 years ago. My home is an old farmhouse I remodeled. The clothes I wear were purchased by Mrs. A from the discount or clearance rack. Most days I wear less than $10 to cover my dignity. You would be surprised how many shirts and pants I own that Mrs. A paid $3 or less for. And this is all clothing that sold for $20 or more only a few months prior.

As much as I hate shopping, I have a nose for a deal. Around the house there is little to spend on; the office is different. A modest sized business requires some spending, regardless how tight-fisted the accountant happens to be. When spending is no longer avoidable I go into action researching the best choices. Many products have rebates, even if purchased as part of a contract. Many times I get rebates as gift cards that are used like cash. Other times they offer Amazon cards. For some reason when you keep your eyes open for that kind of thing it shows up everywhere.

So the Amazon pile grows.

It Pays to Shop

Building a pile of cash in the Amazon account is fun on one hand and a bit of a waste on the other. When a pile of money is not working for me earning even more money I get antsy. I broke down and deiced to shop Amazon. I was looking for a way to use some of the money on things I already was spending on. Nothing.

The office had plenty of supplies and I don’t want more crap in the house.

I ran across an article about gift cards Amazon sold. You could buy gift cards for nearly any store on the planet, including more Amazon gift cards. I had no interest in spending at any of these merchants with one exception: Netflix. I already have Netflix and I paid for a year or three of service with my Amazon stash. I wish I could tell you something more exciting on the gift card front, but I don’t spend much. Maybe if I traveled more. Hopefully you can do better.

Some books I want to own. I know, I know. It’s free from the library. But I use my books for research when I write; they make me happy; they feel so warm and soft; I love them; please don’t take my friends from me.

So, yes, I frequently tell people to go out and buy books. Sometimes I am chided; but they didn’t cost me a cent. And I get to hold them all to myself. Nahhh! The library still lends me most of what I read. Yet I treasure the volumes in my home.

If I recommend buying a book from Amazon, know two things: 1.) I probably did not spend a dime to have the book delivered to my office the next day, and 2) I get paid a commission from Amazon as an affiliate when you use an Amazon link in this blog. (Man’s gotta eat.)

I don’t encourage spending. The library has every book you can ever want and much more. They buy the book if they don’t have it and you ask!

Many of you are like me, you want to own some books and sometimes spending does happen. I get it. I always find an Amazon affiliate link from a blogger I like whenever I buy from Amazon. I want to support their work. Don’t use any of this information, however, to justify unnecessary spending. This blog is about responsible financial living.

With some planning (and maybe a Mrs. A in your household testing products) you can also amass a nice sized Amazon account for future needs (and even a few wants). It’s a real bitch having so much money you can’t spend it. You can’t invest Amazon gift card balances in an index fund. If you could . . .