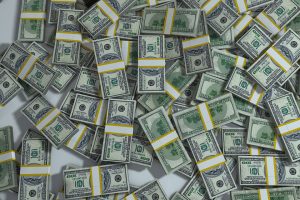 Have you ever wondered why Elon Musk keeps pushing so hard? A hundred million from PayPal wasn’t enough, I guess. Building the greatest all-electric car is not enough for Musk, either. He also wants to fundamentally change the way humans see the world by starting a company called SpaceX. As I write, Musk promised to take two people to the other side of the moon and back next year! Talk about pushing yourself.

Before you start thinking Musk is a slacker, he also has this thing he manages called Solar City. If you want to build the greatest electric car ever you may as well figure out a way to fuel the darn thing for next to nothing. Right?

You would think running three large companies at the leading edge of technology would be enough for a 45 year old man with plenty of money to kick back and spend the rest of his life gloating. If you think that you don’t know Elon very well. He wants to put mankind on Mars in the next decade and send the species even further into space. His dreams never stop flowing and he makes them real against all odds. Just one great feat of Musk’s would make anyone’s career complete. So why does he do it? Why does Musk keep dreaming and then putting those dreams into action?

Musk is Not Alone

Warren Buffett could have retired so long ago most people alive today would never have lived when he did anything constructive. His right-hand man, Charlie Munger, reads voraciously. Munger is 93 and still reads like a 20 year old college student looking to make a name for himself. Why? Does he have plans for something eluding the rest of us? Did he find the fountain of youth and knows he has a few thousand years to put this knowledge to work? (Kind of an interesting thought. Perhaps the reading/learning is a fountain of youth, extending life, and quality of life, by years or decades.)

Then we have hybrids like Bill Gates. He stopped running his business and started spending his money helping people around the world in need. He turned having money into a job! What the hell is the matter with him? Doesn’t anyone just sit back and sip a cold soft drink anymore?

We finish with the lunatics and crazies. Steve Jobs pushed hard as his life neared its end. Disease cut his life short, but not his accomplishments. Instead of taking a knee as his health deteriorated, he pushed even hard, to the point of collapse. Literally. Watch the video. Isaac Asimov had over 500 books with his name on the cover. Yet, as the clock counted down he worked harder than ever to produce more good material. What was he planning on doing? Enjoying his success after he died? Asimov was an atheist. He knew harp lessons were not in his future and the ego trip would not be around for him to enjoy.

All these great people are teaching us a lesson whether we are listening or not. At some point money is not a motivator. I propose money isn’t a motivator at any level of wealth. Wanting money is a sure way to have less of it. Wanting money too badly (greed) causes people to do things that in the end destroy wealth.

For Buffett, Musk, Munger and Gates, money stopped meaning anything a long time ago. More money will not change their lifestyle one bit. Warren Buffett can find his best deal yet, doubling his wealth, and it will change nothing for him. There is only so much good food you can eat, so many airplanes you can fly, so many homes you can enjoy living in. The point of satiety arrives rather quickly.

And what about this crazy accountant guy from Weesconsin? Running a business well after he needs to. If anything can take you from wealthy to poor faster than a business, please enlighten me. You can take a $12.2 million nest egg and piss it away with a bad business decision rather quickly. (All bad business decisions start out as a good idea.) Drop the whole damn thing in an index fund and Treasuries and take a bow, for fuck’s sake.

It should be apparent by now money is not the motivating force. Money is important if you have none. Money is mildly important to cover living basics. Once the basics are met money is nothing more than a tool, a scorecard.

After a while running up the score gets old. Imagine the New England Patriots playing every day one never-ending game and the score is 3,900,206 to 9. Life is like that, a never ending game. Well, it ends, but they take your ball away then.

At some point the score stops mattering. Why keep playing? Playing the game hurts sometimes. Playing is fun when you are winning, but there are going to be days where you wonder what the hell just happened. Playing hurts. Do you think Buffett enjoys listing his failures to shareholders? He does it because the greatest lessons are taught by failures, but there is no pleasure in exposing your failure to the world for ridicule.

If money is not the motivator, what is? I can’t speak for others, but for me the game is the pleasure. Preparing another tax return has zero utility for me. I prepared more tax returns in my life than I care to think about. Well, if it isn’t preparing taxes or the fee such work provides, what is it? For me, it is discovery. Finding a new way (for me) to save my clients money is a thrill. Finding an employee with eyes wide drinking in all business has to offer still thrills me, too. But even those things are fleeting. You can only discover so many ways to reduce taxes or train so many awestruck employees.

It’s the journey. Along the way I find I meet some awesome and extraordinary people I would never have met any other way. I will do things in life that will benefit people long after I am gone. I will not be there to experience those moments. Now is what matters.

Steve Jobs and Isaac Asimov are not around anymore to see the way people’s lives are changed by their work. It’s obvious they received some kind of pleasure while they lived to do the things they did. You have to experience it to understand it. There is a massive amount of pleasure in the work, in the journey of discovery. Munger learns because learning is pleasure. A 102 year old man working in his basement workshop building a cabinet is pleasure. An old woman baking another loaf of bread brings massive pleasure as the fresh smell, transported by steam as the oven door opens, is pleasure. The only real pleasure life offers is the act of doing something. I prepared thousands of tax returns over the decades. Finishing a return still brings a thrill that last second as another year is in the books for the client.

Money Will Take Care of Itself

People who focus too much on money have less of it. Selling time—a piece of your life—for money is a mental illness. Receiving money for a process you enjoy is the sure sign of a healthy stability.

People who focus on money only spend what little they have showing off. Fancy, over-priced, clothing is proof of big-hat, no-cattle syndrome. Wearing $10,000 impresses only poor people over-focused on money. Mark Cuban frequently wears a t-shirt and jeans and he is a billionaire. The wealthier you are the less important it is to prove you have money.

I can hear your cries already. If you don’t focus on money you will starve, will always be broke. I WANT TO BE A WEALTHY ACCOUNTANT, TOO! And so you will. 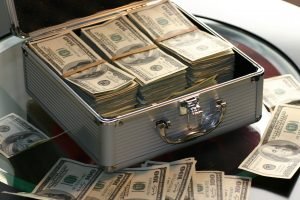 My childhood was a rural experience. We lived waaaay in the backwoods of NE Wisconsin. We never traveled far or spent much money. We ate good food and had great times together as a family. The work was hard, the hours long. Yet my grandfather managed to pay off the farm and put seven figures in the bank.

And then the outside world poisoned our innocent minds. We borrowed and focused on money, forgetting the pleasure we had all those years working the land and animals. By 1982 the farm was gone. My grandfather was around 60 at the time. When he died at 89 he had a seven figure bank account again. He never even spent his whole Social Security check. He was happy with what he had and saw no reason to spend in search of something he already possessed.

You can earn a living wage at nearly anything you do. (I said nearly.) There are so many things you can do and most of them will increase your wealth. The key word is: do. Sitting on your ass will not work. The human body was never meant to sit all day.

One last story before I send on to your day. This story proves how doing something you love for free still puts money in your pocket.

This January I attended Camp Mustache SE in Gainesville, Florida. I wanted to do something different so I offered ten one-hour consultations at the Camp for $100 each, proceeds going to Special Olympics. My thought was: See, your favorite accountant is giving back to the community without personal gain. It wasn’t ego either. I really wanted to help people at the Camp and an extra thousand dollars wasn’t what I was looking for.

I could only do nine consults due to time constraints and raised $1,050 (one guy paid $250). It felt good. After returning home one of the people I consulted with contacted me because I mentioned a certain tax strategy he could use. He wanted my contact to facilitate the strategy.

This individual offered to pay me for my time to review the work. I did the review, but declined payment. I finally had to admit I get a commission from the referral. In my attempt to work for no monetary compensation, I managed $600 in income.

But the value does not stop there! Another consult was Kevin Clack, the guy who I recently hired to turn this blog around. I am embarrassed to even mention what Kevin is charging for his time. The reason you see an archive here, along with subscribers now getting their reminder email when a new post is published, is a direct result of Kevin’s efforts.

I can only imagine how things would have turned out if I demanded I get $300 per consult with all money going to ME!

When money stops mattering, life gets better. Sure, you need to manage your money. Sure, you need a minimum level of income and wealth to live. But for most of us, money is a sickness, a disease consuming all the joy and vibrancy life offers.

Do what you love. Dig deep into the vast reservoir of interests you have, known and unknown. The beauty and pleasures of life are all there. The money will take care of itself.