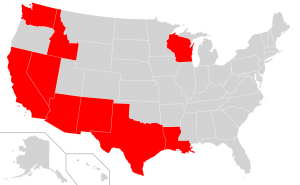 At a recent Camp Mustache where I gave a presentation I also offered one-hour personalized consultations. Most of the advice I give is identical among all people I consult with. Most themes come up again and again. About 20% of what I advise is unique to the individual.

This particular group was comprised of high net worth people. These people save a massive percentage of their annual income and are in a position to retire early; mid-30s is average. Incomes were all over the map. Some had high income; some had modest income. All invested heavily in index funds and/or real estate.

An attractive young woman was next in line for a consultation. She had amassed a reasonable amount of liquid funds and was planning her retirement strategy. I knew she wasn’t married by looking at her tax return. I asked if she had a special someone in her life. She said no. I then made the offhand comment, “If you ever decide to get married you will have a prenup.”

Prenuptial agreements are common so I felt the comment was just a reminder. She seemed surprised so I reiterated she will need a prenup if she gets married, especially since she has a sizable nest egg. She wasn’t so certain it was a good idea. I reminded her gold diggers don’t always have tits. It took a bit of convincing to get her to come around to my way of thinking. I told her if I ever found out she got married without a prenup I would be very unhappy with her. My final selling point was, “When you have money some people will lie to get you to marry them. Then when they screw around and leave, you will pay them half your net worth to screw another woman. It is a bitter pill you want to avoid.”

The Ruckus I Caused

At Camp Mustache the attendees stay up late socializing. My fatigue caused me to pass on one night of discussion and I missed a good one. The next morning people started asking if I heard about the heated debate the previous night. I hadn’t. It also shocked me since this group tends to be low key. Then I was told the debate was on prenuptial agreements. I knew what had happened. What you tell me in a consultation is confidential; what I tell you is not.

The young lady took her new found knowledge and started the debate with the group. The debate was not as heated as I was first led to believe, but there was plenty of disagreement. In the end they all greed I was right. As if there was any doubt.

Why You Need a Prenup

Before you tie the knot you must have a prenuptial agreement. Readers of this blog have more money than average because they save and invest a majority of their income. Gold diggers are everywhere waiting to dig their paws into your stash. What takes you a decade or longer to accumulate can be squandered in a few month or at most a few years.

Men understand women are willing to marry them for money, regardless of love or attractiveness. Judas sold his soul for 30 pieces of silver; gold diggers will unload your index fund for a hell of a lot more.

Women frequently think men are like them and so they want love in a marriage. It never dawns on the ladies a man might play them solely for money. Men might need reminding about gold diggers, but get it as soon as it is mentioned. Women need to be sold on the prenup because too often they believe men are not gold diggers. Wrong! Women need a prenup as much as men.

Gold diggers are everywhere. If I could legally let you stand behind me as I work with clients you would be shocked at how people act. A surviving spouse has plenty of opportunities when money is involved. It breaks my heart to see a man or woman lose their spouse, only to have gold diggers show up at their weakest moment and take advantage of them. If only they listened to their favorite accountant more in their weakest hour it would eliminate this additional pain.

Gold diggers work in one of two ways: they marry and then divorce as soon as they can to get half the money; or, they marry and start spending their newfound wealth while married. Most gold diggers use both methods with great skill. Before long the money is gone and so is the marriage.

Who Will Marry Me if I Demand a Prenup?

When I bring up prenuptial agreements with clients I get the same question every time: What if my fiancé refuses to sign the prenup?

Regardless, the subject is still a touchy one. Your fiancé may feel the prenup means you do not trust or completely love him. The best way to bring up the subject is to talk about money honestly.  During the money talk is the perfect time to discuss a prenuptial agreement. Instead of forcing it upon the person you love most, it become part of a serious discussion about your life together. A prenup not only protects you, it protects them.

What is in a Prenup?

Confusion surrounds prenuptial agreements because their content varies widely and the rules are different in each country and even among states in the U.S. Prenuptial agreements generally contain provisions for division of property and spousal support in the event of divorce. The more assets you bring into a marriage the more important the prenup becomes.

The prenuptial agreement can also contain provisions for handling a divorce in the event of infidelity. 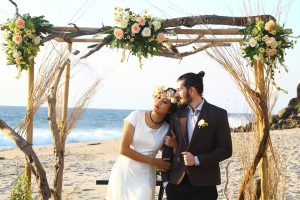 The laws surrounding prenuptial agreements are complex and an attorney is required by both parties. In the U.S. the prenup is sometimes difficult to enforce if certain rules are not followed and might not be the final word in a divorce. Full disclosure is required of both parties and coercion nullifies a prenup. You can’t spring the prenup on your fiancé as he walks down the aisle. Well, you can, but the courts would probably rule the agreement wasn’t entered into voluntarily, nullifying the agreement.

One notable item prenups can’t address is children. The best interest of the children must be considered and a prenup cannot address this issue.

In certain instances a prenup is not enforced by the court. Except in unusual circumstances (i.e. coercion) the courts do enforce the agreement.

Where You Live Matters

Adding to the complication in the U.S. are the different rules between states. As I write, 41 states follow equitable distribution laws and 9 states use community property laws. When multiple states are involved, legal council must consider the laws of each state involved. If you move to a different state during your marriage it can affect the legal standing of your prenup.

When Should the Topic of a Prenup be brought up?

My personal opinion is the prenup discussion should begin as soon as talk starts about marriage. Older couples and when children from outside the marriage are involved the prenup can address the division of assets to include the children. Again, the more assets you bring into the marriage, the more important the prenup becomes.

Open, honest talk about a prenuptial agreement early in the relationship makes for an easier development of a sound document outlining what each party feels is fair. It also allows time for either party to digest the idea a prenup is necessary. It feels awkward to lawyer up when you are ready to propose, but it is important to deal with wealth brought to your union in advance.

What if your significant other refuses to sign a prenup? If you have no children with anyone else and your net worth is zero or lower, it probably does not make sense to worry about a prenup. However, if you are working in a field where significant income is likely in a few years you may wish to hold firm on a prenup anyway.

If you have assets, then a prenup is mandatory in my opinion. Without a prenup in place you need to reconsider marriage. The risks to the party with assets are too large to overlook the prenuptial agreement.

What about a Postnup?

If you are reading this and you are already married without a prenup, you can also prepare a postnup, which does the same thing.

Mrs. Accountant and I do not have a prenup. I was young and dumb when I got married. The smart move was marrying Mrs. Accountant. The dumb part was I knew nothing about prenups. Neither of us has children with anyone else and we have been married nearly 29 years now. It is doubtful we will draft a postnup.

However, you are not Mrs. Accountant and me. If you are early in your marriage, have children from outside the marriage—or one party brought significantly more assets to the marriage—I encourage you to seek legal advice on drafting a postnup. Unlike the prenup, if a party refuses to sign you can’t walk away without consequences. The best time to form a postnup is when things are going great and all parties involved are eager to solidify a fair dissolution of assets in certain instances.

Divorce is not always the result of infidelity or lack of love. There are times divorce is the only option in our weird society to protect your family. A lawsuit, injury, or mental incapacity could make divorce the proper action to protect all parties involved. A pre or postnup can help smooth the transition. It isn’t always about keeping money from one party or another. It is also a tool to protect all parties involved in the event of tragedy. Once disaster strikes it is too late to begin creating an agreement. 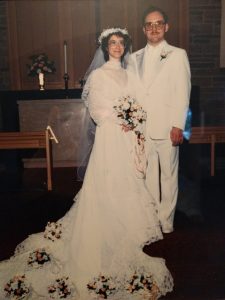 All is Fair in Love and War

And then there is the obvious reason for a prenup. Nothing causes a wound to fester more than losing half the assets you brought into the marriage while the other party is sleeping with someone else. When nerves are most raw, the prenuptial agreement, drafted when cooler heads prevailed, should provide protection. It also moves the process along quicker so the healing can begin sooner.

You May Never Need It

The goal is to never need the prenup. Life happens, so it is necessary. My client base has above average assets. The prenup is not an elective for them; they must have a prenup in my opinion.

It might not be your fault. Maybe it is. The prenup provides a level of protection no matter who is to blame. In my line of work I see all kinds. It always blows my mind when people just fall out of love and divorce. Working on my marriage is priority one for me, but not everyone is as lucky as I am. It takes two to tango.

Even in cordial divorces it is nice to have a document drafted in advance to handle the dissolution of assets and outlining spousal support. Now all you need to do is work on your marriage every day. That is the fun part all parties can agree upon.

Update: I was introduced to a book on the subject of gold diggers, listed below. You can also review Valerie’ blog on the same subject here.