The Simple Way to Be Right All the Time

Life is more complicated than it has to be. More moving parts do not mean better. Electric cars have one moving the part, the motor. Whereas, gasoline powered vehicles have several hundred moving parts. Simple is almost always better.

More moving parts mean more things can go wrong. All things are equal, the machine with fewest moving parts that still gets the job done is usually the best choice. Electric cars will outperform old-fashioned gasoline engine vehicles on every front as electric vehicles continue to advance. Lots of explanations will be given as to why electric cars blow gasoline engines off the road, but the simplicity of an electric vehicle will be the defining reason for the lower costs and higher performance.

Enter William of Ockham, a friar from the fourteenth century. Way back then he told us why electric vehicles, with fewer moving parts, would be a better choice once the technology was worked out. William of Ockham gave scientists a tool we now call Occam ’s razor. What William taught us is that the simplest answer tends to be the correct one. Scientists use Occam’s razor as a tool to break down theories into their simplest components. Therefore, by breaking down the theory into small (simple) testable parts, fewer excuses can be made when the results are falsified.

When there are too many moving parts it is too easy to make excuses as to why the experiment failed. With fewer moving parts the test results are more reliable because there are fewer opportunities to give explanations for the test failure due to other circumstances. The same applies to the world of FI (financial independence). 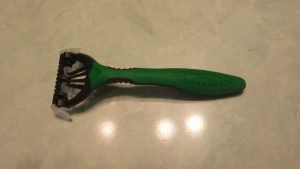 Humans like to make things more complicated than they have to be. Sometimes it is an honest attempt to make things better; it is also a great way to cover up a bullshit story. Over a decade ago a financial animal used to collateralize mortgages was made massively complex. Nobody understood how it really worked. Some say the creators of these new financial beasts did not understand what they built. The excessive complexity of these financial structures made it easy to peddle the securities to unwitting investors. Very intelligent (and wealthy) investors had their heads handed to them in October of 2008 when the wheels fell off the financial cart with a million and eighteen moving parts. Some say we are still digging out.

Out entire society can suffer the consequences of fools. AIG, the giant insurance company, required a massive government bailout due to all the complex failed securities they held. Banks and other financial institutions were in deep doo-doo as well because they owned stuff they did not fully understand. They got creative in their investments and lost it all. Only the taxpayers kept many of these companies afloat. That means you paid for their sins.

If financial institutions followed Occam’s razor and invested in boring, but understandable investments, we may not have had the decade we went through after 2008. But before we kick the daylight out of the banks, brokerage firms, and insurance companies, let us take a close look in the mirror.

From my side of the desk I see some really crazy stuff. I am the guy who accounts for all the wild investments people make. For some reason there are people who can’t stay away from the most exotic and complex investments. Most people reading this blog will not fall into that camp. The majority of readers here save a massive percentage of their income and invest a fraction of their savings into alternative investments, with the bulk going into index funds. 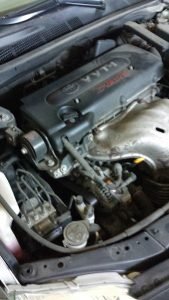 Smart people do stupid things from time to time. We know index funds have lower fees and outperform actively managed funds over time. Yet I still see people throwing money into actively managed funds, timing the market, and chasing hot stocks. In my portfolio I keep a segregated amount in a mad money account. This is money I can afford to lose and allows me to test investment ideas. BlockFi and similar investments are not considered a part of the mad money account. Alternative investments, like Prosper, Lending Club, Peer Street and BlockFi make up less than 1% of my portfolio. Most of my money is in index funds at Vanguard. My mad money account generally holds individual stocks.

It does not take long for complexity to settle into the mad money account. As long as I own stock I may as sell covered calls against the stock. Maybe I can juice my return by selling naked puts to collect premiums until I end up assigned the underlying stock due to a price decline. It all looks good on paper. By the time I am done thinking it through I realize all the moving parts are a recipe for disaster.

As a result, my mad money account tends to be a portfolio of stocks I think are good investments (they have a high return on invested capital). The mad money performs well when I invest in quality companies and let them ride. When I start to play with my money (get too smart for my own good) I end up wasting my time and lose money. Good thing I have a low threshold for pain and am a fast learner.

Retirement creates plenty of angst in my clients. (I am far from innocent myself.) Too many people worry if they will have enough. There is a simple formula call the 4% Rule. The rule simply states that when you have liquid investments equal to or greater than 25 times your spending you are able to retire. Once your investments reach 25 times your spending, taking 4% each year from the account will cover all your spending needs without ever depleting the account. The 4% Rule has been historically tested and it stands the test of time if you invest in a broad basket of stocks, otherwise known as an index fund.

You do not need to check around the internet much to see complexity added to the 4% Rule. People are never satisfied when things work; best to throw a wrench into the works and muck it up. This time could be different, but it will not be. Simple is better and it works. William, once again, was right. Keep it simple.

The other crazy thing people do is save a pittance of their income (like 10% or so when they should save 50% of their gross) and then invest in ‘shoot the moon’ ideas to make up for the shortfall in their savings rate. When you save 10% or less of your income you will wait a long time to accumulate enough to afford retirement. You need to save 30%, 40%, and yes, even 50% of your gross income. Max out all your retirement accounts, fund your health savings account (if available), and then start pounding the non-qualified accounts.

You can start at zero and reach retirement in less than fifteen years. Most people don’t get serious about retirement until they hit age 50. Then they go, “Holy catfish, Batman! I only have fifteen years to get my finances in order if I want to retire by 65!” Then they get it done. My response, “Why not get serious at 20 and be done with it by age 35?”

Ah, but what would a wealthy accountant know?

Financial advisors are the greatest risk to your portfolio. Many financial advisors mean well, others are intentionally belligerent. In my opinion, the only thing a financial advisor needs to do to be a superstar is keep you invested when everyone else is panicking. They should also encourage you to stop chasing a rising stock market. Invest in index funds when you have money and don’t touch it until you retire. (In retirement you can spend the dividends, around 2% on the S&P right now, plus another 2% of the capital.)

All those complex investment vehicles (they sound like gasoline powered cars with all the moving parts and breakdowns) are sold by investment professionals. They sit around all day in the brokerage firms thinking of ways to package products with massive profits to their firms. On paper it all looks good with protections in place. What you really have is a gasoline powered investment portfolio with so many parts bumping and grinding it is only a matter of time before the wheels go their own way.

Back in the early 1980s a salesman came around selling diamonds. “Diamonds have never gone down in value,” he proudly proclaimed. Give my dad credit for passing on the idea. Within a year diamonds were down . . .  a lot. The complex maneuver proposed by the salesman to guarantee a profit in diamonds was too good to be true. The investment was not simple by any means. Companies bring me all kinds of ideas to peddle to my clients. I would be a liar if I say I never fell for it. I passed on most, but sometimes it looks really good so I give it a test run. Experts get fooled on crappy investments, too. Remember, smart people put these things together.  Most sales pitches show how it can never go wrong. It does.

You will get to financial independence faster by avoiding the crazy, complex investments. I know index funds are simple and so boring. They also outperform just about any other investment you can make. It works! No moving parts. It is so simple to invest in a broad basket of stocks covering the majority of the economy. Remember Occam’s razor before doing anything and you will save yourself a lot of pain. Or, you can always try to outsmart the system. The tax write-off is always nice.

so you never miss an exciting post on building your wealth. 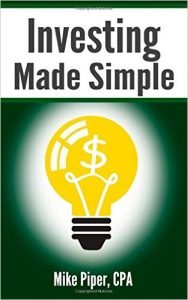