The Tragedy of the Commons in Investing 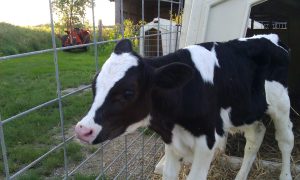 Back in the early 1980s a CPA named Herb Vest had this crazy idea to merge the investment and tax preparation fields. By the 1990s both HD Vest Financial Services and your favorite wealthy accountant’s tax firm were hitting full stride.

My first career choice was not tax preparation or accounting, it was financial services. I fell in love with the stock market crash of 1929 my sophomore year of high school and from that point on wanted to be a stock broker. Tax preparation was a seasonal job I preferred over working all year long, putting the stock broker idea on hold. Besides, I invested most of my income and the library was filled with great books on the stock market and its history.

Herb Vest wanted every tax office in the country offering a side order of mutual funds with that tax return so it is no surprise Herb came knocking on my door. Of course, I loved the idea and signed up on the spot. My enthusiasm for investing showed as I went from newbie to the top 100 brokers in less than six months in a firm of 7,000 plus brokers.

Make Way for the Tragedy of the Commons

The tragedy of the commons is used in environmental and political circles to describe the abuse of natural resources held in common. Fishing in international waters, for example, are exploited until collapse since no one is responsible for the resource so the incentive is to overfish before someone else does. A smaller example is the difference between a hotel restroom and a roadside restroom. When a business or individual has a vested interest in keeping the resource viable the resource is usually managed with care.

Another example that illustrates the tragedy of the commons is in the rural village of farmers with one shared pasture for grazing their livestock. Since the pasture is the only place to feed your animals it would be in the best interest of all farmers to have only 10 cows each to prevent overgrazing. One day a farmer decides to add an additional cow. Sure, the farmer will suffer a small amount from the overgrazing, but so will all the other farmers. The tragedy of the commons is the direct result of your actions giving you gain while the price is paid by all in common.

The rest of the farmers notice the extra cow their neighbor has added to his herd. To make up for their slight loss and over fear of additional cows further depleting the pasture, more farmers start adding cows. Soon the pasture is loaded with cows as each farmer adds more and more cows to get his fair share of the precious grass available. Eventually the pasture is pushed beyond its carrying capacity and the grass dies, killing all the cows of all farmers with it.

The Hidden Tragedy of the Commons 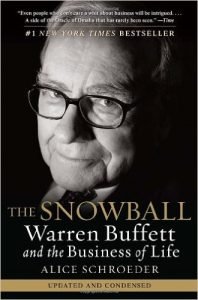 The tragedy of the commons ends the same every time; a full collapse of the system. In commonly held natural resources the tragedy can be averted if all parties gather together and set limits (govern themselves) on each member of the group and protect against outsiders exploiting their intelligent management of the resource.

The tragedy of the commons rears its ugly head in more subtle and sinister ways. Back when I was so excited about entering the stock broker industry I had no idea how things really worked behind the scenes. Once I went from zero to top producer in six months and stayed there until I quit four years later the pressure was on to get me to conform to a system built to exploit the customer, I mean, help the customer invest for their future needs.

Back then I was asked to do things that are illegal today. When I was in the industry mutual fund companies had bonus funds each month. To make load funds (mutual funds with a commission fee attached) look more like no-load funds the industry came up with class B shares. These back-end loaded funds had a higher fee in the early years called 12b-1 fees that averaged around three-quarters of a percent per year until the back-end fee was reduced each year until it was illuminated somewhere around year seven. Sell sooner and you paid a back-end fee. Either way you were paying.

Brokers who sold B shares earned a flat 4% commission. Since mutual funds were easier to sell without an upfront and easy-to-see fee, most brokers sold B shares, including yours truly. The rotating bonus funds paid 5% commissions or sometimes higher on B shares for the month they were promoted. This is a 20% increase in income for the salesman and a difficult inducement to pass up.

The broker-dealer (all brokers have to work for a broker-dealer to sell securities) noticed I did not sell very many bonus funds. The broker-dealer gets the 4%, or the higher bonus amount, and pays a percent out to the broker based upon sales. The more you sell the larger your percent. I earned the maximum 85% payout. The broker-dealer had a vested interest in their brokers selling bonus funds because it also raised their revenue by 20% or more. When I sold appropriate investments to my clients instead of bonus funds I would hear about it. I refused (politely in the beginning, less so as time went on) to comply. Selling the right investment to the client was more important than a bonus. Long-term happy clients trump a few extra dollars. I’m not a chump!

The handwriting was on the wall when I started to recommend clients consider index funds and similar low-fee investments. It was not allowed. The broker-dealer started a fee-based only investment program where people paid 1% or so per year to have their investments managed for them. What they really did for the fee was rebalance a basket of mutual funds a few times a year. Ripoff! I refused and I was shown the door. I sold a lot of mutual funds and other investments over those few years. I regret every bonus fund I sold under peer pressure.

Today the practice is illegal. Don’t worry. The investment industry has more ways to separate you from your money. The worst are the hidden fees that nickel and dime you daily and you never see it.

The Tragedy of the Commons in Investing Today

Mutual funds are really a form of assets/resources held in common. The incentive to over exploit this resource, your money, is strong. Once upon a time it was a mantra of the mutual fund industry that economies of scale would reduce fees as funds grew larger; instead, fees have gone up. History has proven the mantra false as a distorted form of the tragedy of the commons infiltrated the mutual fund industry. There are a few stand-outs. Vanguard is the most notable. The index fund arena of the mutual fund industry has held the “lower fee” banner highest. Actively managed funds have been slower to catch on.

Research indicates mutual funds generally match the performance of their investment field minus fees; therefore, the higher the fee, the poorer the result. Actively managed funds resist the overwhelming evidence for self preservation reasons. Load fund are the worst. Not only are fees higher, the investor pays a premium for the subpar results. I understand some people need an investment advisor to help them make solid investment decisions, but most people are better off with an index fund, cutting out the high costs of actively managed mutual funds and advisor/broker fees.

Actively managed funds have the incentive to outperform at any cost to justify their higher fees. These mutual funds tend to trade more and take certain risks for the chance of hitting a home run. A short term out-performance can bring in an influx of new money to the mutual fund as investors chase performance. This means a superstar fund manager can earn a massive bonus, all paid for by the investors for his rapid trading and risk taking.

It ends poorly every time. Risks eventually lead to losses or poorer performance. Not every risk will pay off and rapid trading is a fool’s errand as trading costs make it even harder for the mutual fund to even match the market. Index funds limit trading and the risk is clearly defined. An S&P 500 index fund will be within a fraction of a percent of the S&P 500 index performance every year. No risk taking; no superstar fund manager with a massive Christmas bonus; no speed trading.

Over the years I discovered the exciting investments do terrible over time. The boring investments usually do well. Buying a broad cross section of the market has no exciting stories to share when family gets together or with friends over a pint. Over time you will accumulate a large value portfolio without bragging stories or stories of woe.

In the tax office I see a large number of people every year. They can tell me any story they want; I know what they make and what they have. You would be amazed at who has the largest investment accounts. People who invested consistently over the years have the most. Savers invested in boring index funds blow away actively managed investments and the spenders every time.

I know exactly the life you lived when you sit at my desk, age 80, with a $6.5 million portfolio of stocks. You were frugal with your money your entire life; you saved before spending; you bought quality blue chip stocks (or similar mutual funds) and held them forever. You never worried about not having enough; you always lived within your means regardless of your income level. You lived longer because you had less stress and were (and are) happier because you were always happy with what you had.

The tragedy of the commons involving commonly held resources holds true in other, less obvious area of life. We all fall prey to foolish investments. Keeping the majority of your wealth in broad based investments, like index funds, is the surest way to build and keep wealth. Fees play an important role in performance. Digging deep into the fees paid, the ones hidden in small type deep in the prospectus can increase your lifetime wealth by hundreds of thousands of dollars.

Wealthy people ask about motivation. What is the motivation of the person selling me a good or service? When you take an active interest in your wealth you reduce the risk of the tragedy of the commons affecting your investments. There are people motivated to really help. Frugal people are the best to do business with. They have less incentive to cheat because they already have more than they need. They work because they love what they do. They are the best doctors, investment advisors, accountants, plumbers, and business owners.