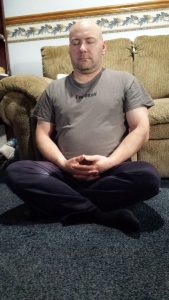 A quiet, reflective start to the day.

Several years ago my office building was burglarized. Two young men used a tire iron to break a window and enter the building. Tax offices do not have a lot of stuff worth stealing so they settled on two monitors and an old safe with an empty coffee can in it. People pay their bill by credit card or ACH in the majority of cases; a few still pay by check and cash comes in during tax season and is removed each day.

The young men caused thousands of dollars in damage for the massive haul of two monitors worth maybe $20 each. (New monitors are under $100.) So what were they geniuses looking for? Well, it seems they remembered I had a soda machine outside my building a decade ago and they assumed I moved the machine inside the building. Yes, they burglarized my building for some of that lucrative soda machine money.

They did not find the soda machine. I retired the machine years ago. The police were so excited to gather evidence. A few days later the young men were in custody. The police and district attorney informed me I was a victim. I replied ‘I am not the victim. My building is the victim; they kicked the shit out of it.’ For some reason I did not feel violated; I can’t speak for my building since I was not the one sodomized.

The damage was repaired the same day and life went on as normal with one exception: the district attorney’s office keeps sending me ‘victim’ mail. Anytime a court date approached I was invited to ‘get involved’. I never went. The two men were convicted and sentenced to a combines 10 years in prison. Now I felt like a victim! It costs $40,000 a year to house a prisoner. The government in their infinite wisdom squandered nearly a half million dollars protecting my three thousand bucks of building damage. Really?

Before sentencing I was asked what I thought would be a fair sentence. I responded. These two young men needed money to fund a drug habit. I gathered that when they said they were looking for a haul from an imaginary soda machine. Prison would not solve the problem. They needed drug treatment and a new set of skills. I informed the court I thought requiring successful drug rehabilitation treatment and a thousand hours of community service would go a lot further than taxing me more to fill the prison a little bit more. I recommended the community service be served working with Habitat for Humanity. My thought was, clean these guys up and teach them a trade.

The court disagreed. The judge and prosecutor felt a deep desire to protect the community. The truth is soda machines everywhere rose up and demanded justice. They never seriously considered my recommendation and $400,000 of hard-earned taxpayer money was pissed down the drain.  Most people say ‘put them in prison’. I prefer a more logical approach that does not include wasting money. You know what we think about wasting money around here. 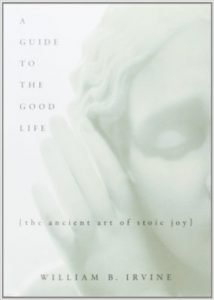 Why do I tell this story? I think about it a lot. I wonder about the two men raped by the system. They did some really stupid stuff. Who hasn’t? I wonder if they have made changes in their lives for the better. Will society be safer when they get out? I doubt it.

Most of all I wonder why I did not feel violated. The police wanted me to know they will keep an eye on the place and protect me. I shrugged my shoulders. The DA’s office sent me huge packets in the mail informing me of my rights as a victim. I was not the victim, the building was. Nobody would listen so I stopped explaining myself.

My emotions over the break-in are puzzling to many people. I examined my thoughts to figure out why I felt the way I did. After a short time of reflection I came to the conclusion my stoic nature was to blame for my settled mind. From a young age I had stoic tendencies before I knew what a stoic was. Later in life I discovered Epictetus and Marcus Aurelius. One of my favorite books is A Guide to the Good Life: The Ancient Art of Stoic Joy.

For the first time I realized I had internalized the truth about stoicism. Little things did not bother me. Beating the shit out of my ‘stuff’ was not a concern; I should downsize anyway. Of course, I still have feelings and emotions; a stoic is not dead inside. Events that cause most people to worry were water off a duck’s back for me.

It all comes down to focus. I live at a time in history where people have it really good in Western countries. I can walk/bike/drive millions of miles of roads for free. Do you know how many books I can borrow, movies, music CDs, and internet I can play with all for free at my local library? It is humbling to know I have millions of dollars of knowledge and entertainment all available for free at the library. How awesome is that? 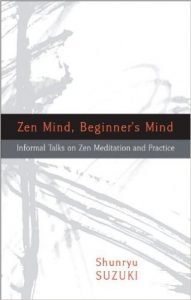 I read a small number of blogs on a regular basis. Mr. Money Mustache and Zen Habits are my two favorites. Both blogs teach about living life right. I have talked about Pete over at Money Mustache already. Today I want to introduce you to Leo Babauta. Unlike Pete, I have never personally met Leo. Just like Pete, Leo seems like a hell of a nice guy.

Leo talks less about money than Pete does. Leo has taught me to relax, instead. For an excitable wealthy accountant with OCD that is saying a lot. Learning to breathe is a lesson more people need to learn, especially me. To the best of my ability I take one piece of Leo’s advice: upon waking in the morning I drink a full glass of water and then sit and meditate for 5 minutes, eyes closed. Only then can I enjoy a cup of tea.

Water cleanses the body; meditation cleanses the mind. I tell people I am retired in a convoluted sort of way. Outside tax season I have a lot of free time. I take on projects that appeal to me. I keep busy in my retirement. My desire for knowledge and experience is vast. Everything interests me. However, no one can have every experience or learn everything there is to know. I have to pick and choose.

In a world of never-ending distractions, focus is a commodity. Zen meditation, as taught by Leo, has helped me focus. The added focus has allowed me to experience more, learn more, enjoy more. The world of distractions will not end. The phone will ring, friends will visit, email will call and text messages will interfere. By practicing your stoic skills and Zen meditation you can find meaning in the life you live, as I have. When you focus you see, sometimes for the first time, the beauty all around you. Enjoy the simple pleasures: the smell of fresh mown grass, the singing of birds and the color of the sky. Take a moment every day to relax for at least five minutes. Don’t let the small stuff worry you. Focus on the important and enjoy the wonderful life granted you.